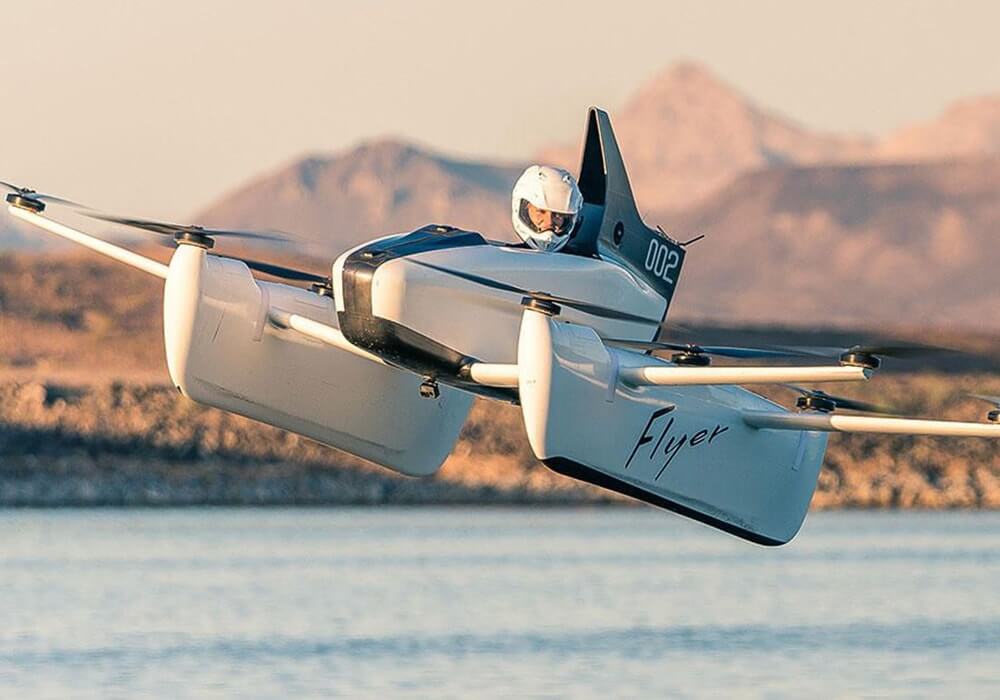 Kitty Hawk, the California-based flying car company founded by Google Alphabet CEO Larry Page, on Wednesday unveiled the final version of its latest model Flyer. The single-seated electric Flyer, which is currently available for pre-order, can fly up to 10 feet high in the air with a speed limit of up to 20 miles per hour and is operated with two control sticks.

The Flyer is powered by lithium polymer batteries and provides a fully stabilised flight experience by utilising data from multiple smart sensors to make flying intuitive and easy, says the official website.

This latest model by Kitty Hawk has been designed, built, and tested by a team led by 2013 Sikorsky prize winner and Guinness world record holder Todd Reichert. The CNN reporter who took the Flyer for a spin describes it as something between a pontoon plane and a drone.

Kitty Hawk CEO Sebastian Thrun in an interview with the CNBC said that the Flyer could take to the skies within five years. The prototype of Flyer was introduced in early 2017.

Till now, the Flyer has completed about 1,500 flights. Its sale price has not made been made public yet. Further, the company is also testing its two-seated pilotless flying taxi — Cora — in New Zealand.

With a similar flying car project, cab aggregator Uber has entered into an agreement with NASA to explore concepts and technologies related to urban air mobility (UAM) for future air transportation in populated areas. It recently unveiled its flying car prototype and hopes to offer rides to users by 2023.

Similarly, European manufacturer Airbus successfully completed its first full-scale test flight of Vahana in Oregon, US, in January this year. It has been designed to carry a single passenger or cargo successfully, scaling a height of five metres for a duration of 53 seconds.

In India too, the IIT-Kanpur researchers and VTOL Aviation India Pvt Ltd have entered into a $2.2 Mn MoU to develop a prototype for a self-piloted vertical takeoff and landing (VTOL) craft, which has the potential to be used as a flying taxi or for air travel. As many as dozen other companies around the world are believed to be pursuing the sci-fi dream of aviation.