Lakshmikumaran Decodes The Implications Of GST Tax For Startups, SMEs 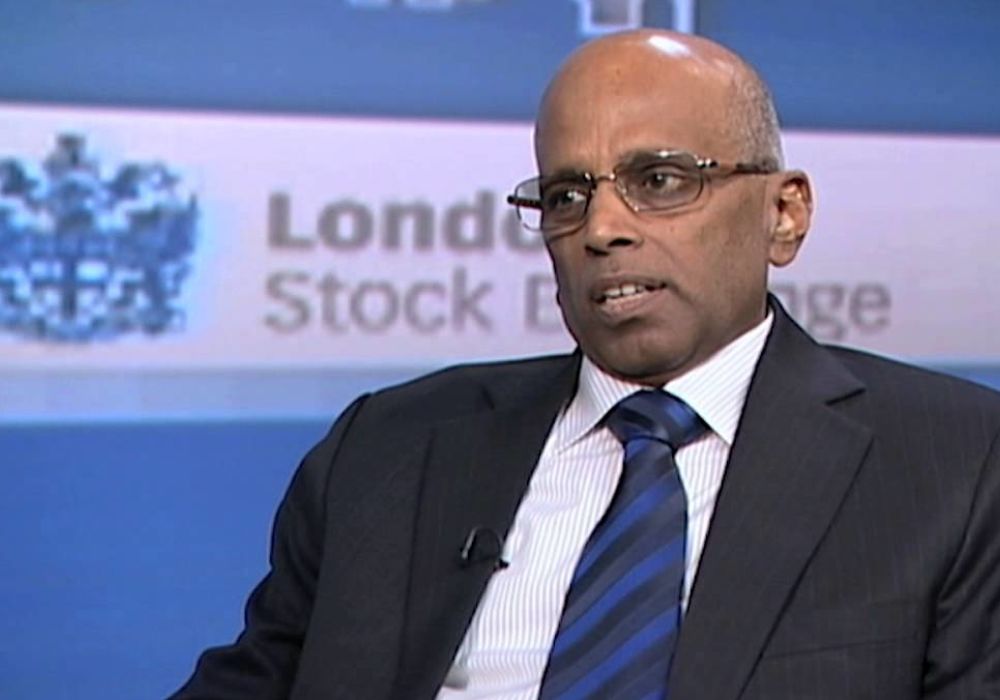 After months and months of speculation, at midnight tonight, the GST (Goods and Services Tax) will be rolled out in a massive, nation-wide exercise. This is the present Indian government’s mandate to bring the country under ‘One Nation, One Tax.’ But, with so many details still unclear regarding the fate of different sectors in the goods and services industries, we at Inc42 thought it is imperative to decode the tax rollout for our readers. In a Facebook AMA conducted today, we caught up with tax and legal expert V. Lakshmikumaran, founder and Managing Partner at Lakshmikumaran & Sridharan to get the lowdown on what the GST will bring to startups.

At the outset, Lakshmikumaran (with more than 3 decades of experience in tax and legal compliances) said, “We have been living for the past 60 years with a chaotic tax structure on goods and services. We had ultra soft levies like Excise Tax, Service Tax, VAT etc. And each of them has a cascading effect on goods. The tax structure has become totally opaque, with regard to the quantum being paid on commodities. Exporters and industries have especially suffered. So, this ‘One Tax, One Nation’ is a step forward in the right direction.”

According to him, the sectors which will be most impacted are logistics, manufacturing, and  consumer electronics. With logistics, the state-specific taxes for moving goods from one state to another will be eradicated, especially once the E-way Bill is introduced. On the manufacturing front, warehouses need not be in different states to escape state-levied taxes, bringing down operations costs, which will benefit the customer. As far as consumer electronics are concerned, both the above sectors as well as input services and goods to manufacture consumer electronics will have significantly lower taxes, thus ensuring cheaper electronics. In totality, these services will lead to reduction in overall taxation due to GST.

Here’s a quick recap of the questions we took up about GST and the concerns regarding the new uniform tax regime.

Question: How will GST affect SMEs?

Lakshmikumaran: For one, if the sellers are operating in a tiny sector and making INR 20 Lakhs, per annum, they have to register for a GSTIN (GST Identification Number). If you are a seller and making less than INR 20 Lakhs, you don’t have to pay the GST. Nothing to gain, equals nothing to pay.

If a seller’s turnover is up to INR 75 Lakhs, there is a provision for compounding. What it means is, whatever goods and services you provide will be taxed between 1%-2.5%. You do not take any credit from GST, pay your taxes and be done with it. These are the two cases – exemptions and compounding.

The only difference between these two cases, exemptions and compounding, is that you are breaking the credit chain. Therefore, the buyer cannot avail of the credit that is not being passed by you. They cannot take credit on the unpaid 1%-2.5% goods or service, so when they buy from an SME with unclaimed credit, it becomes part of the costs for SMEs. The buyer has to pay a higher amount from his side without any credit.

This way, everybody who breaks the tax chain eventually ends up making the goods or services costlier. And some buyers will eventually become reluctant to buy from those companies dealing in exemptions or compounding. The whole idea is – you come into the GST credit chain, pay the taxes, take the credit, pass it one so that the prices of goods is kept at a minimum.

Question: Let’s move onto startups. First thing, what steps can a startup take to make itself GST-ready?

Whenever I meet startups, they are so enthusiastic about their service or app. The product and the vision. They aren’t bothered about the legal aspects. I don’t blame them. When you’re an IIT graduate and an entrepreneur, you will care only about your apps. But, my advice would be to take the help of good law firms and ensure your startup’s legal compliance, regardless of if you’re generating revenue or not. 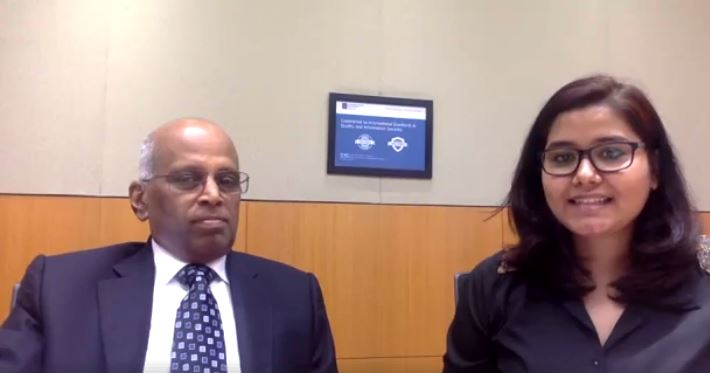 Question: Will there be an inflationary effect on startups, specifically?

Lakshmikumaran: Let us look at the short-term and long-term effects.

In the the short-term, whatever goods are lying in warehouses – on a distributor, retailer, dealer-level – have to pay higher taxes, starting midnight tonight. They have to pay more tax on unsold goods. But the government said, “You have to pay a higher tax here. And you don’t have the proper documents ready right now. I shall give you provisionally 40% and 60% credit and this will soften the blow for some time to come.”

In the long-term, in my opinion, the goods rates are going to be lowered. The government has taken into account all the taxes levied on a goods or service, applied the principle of equivalence and, in most cases, they are lower than what is being paid right now. I could say, barring the initial hiccup of the next three-six months, where old stock is being cleared, in the long-term prices will come down.

Question: Talking about startups, how will ecommerce startups be affected by GST? Do ecommerce businesses need GSTIN?

Lakshmikumaran: Ecommerce is the sale of goods through a portal, so yes, they will need a  GSTIN. If you’re an offline seller, you can enjoy the INR 20 Lakhs exemption, but not if you’re selling through ecommerce. As far as sellers are concerned, if they sell through a website, they come under the GST from Day One. If, on the other hand, you are an ecommerce startup, you have to pay State GST for the state you operate from, whether it is one state or many. It is not about all the cities you sell your products to, your buyers can be from all over India, but where your business is operating from.

The benefit for coming under the GST bracket? They can pay the GST, avail the credit, and pass it on to the end consumer. The price of the product they are selling can become cheaper for the ultimate buyer. That is why there is a larger incentive for them to go through GST.

Lakshmikumaran: In my opinion, cement, fertiliser, base metals such as iron, copper, smaller cars, soft drinks and carbonated water will cost more. But for fertilizers and base metals, the government has subsidies that will offset the higher costs. Reduction-wise, processed foods, consumer electronics, two-wheelers and home appliances are expected to become cheaper. Larger cars too (if the manufacturers are efficient).

Question: What kind of invoice format will businesses and services have to use that are prescribed under the GST?

Lakshmikumaran: Fortunately, no set format has been prescribed under the GST as yet. The rules state that fields such as name of the supplier, name of the receiver, GSTIN of the supplier and receiver, order date, mode and model number of transport etc. are to be created. These are the fields that have to be captured with every transaction. You can design or devise any form or invoice that you want as long as all the information in the fields are present.

For a more in-depth look at the interview, click here.

Question: What about services startups, such as tech solution providers? How will they be impacted?

Lakshmikumaran: Here I must say that, while the cost for goods has come down, the cost of services is going to go up from 15% to 18%. There is a higher cost, leading to higher prices due to taxation. So, your tech solutions startup has to pay 18% tax, in total now. But, in 99% of the cases, the client the startup is providing solutions for can take the credit due to the GST. It will not be a cost for the buyer or receiver. On the contrary, the tech startup that could not avail credit in the past, can do so now under the GST.

Effectively, his cost of services will come down even though he will pay higher taxes on it. The customer, though, will enjoy the benefit of costs coming down.

Lakshmikumaran: Food delivery, again, is a service right? If we are going to go to a restaurant and order food, we will pay the service tax at the restaurant. But, on the contrary, if we are ordering food on the phone or electronically, the the business is going to charge you for price of the cooked food AND delivering it to you.

In a situation like this, we can combine the two and have a consolidated goods plus service tax. Where, food is the primary item and delivery is the secondary provider. So, taxes will be applicable to the food being cooked. As far as delivery is concerned, the food delivery startup will charge the food manufacturer for delivery. This charge can be taken back by the manufacturer for credit.

What this means is that the service tax paid by the food delivery startup will be ultimately subsumed in the startup’s backend.

Question: What about aggregators? What kind of impact will they see under GST?

Lakshmikumaran: Who is an aggregator? Where there are many service providers and many receivers. If the providers are less and the receivers are more, the government would prefer to collect taxes from the ‘less,’ and vice versa. This is due to convenience of collection. But, when it comes to an aggregator, like Uber, it is not easy to tax every single transaction. Such an electronic portal will provide taxi-hailing as a product service. Aggregation tax does not come in a concept every single time, unless there are notified aggregators. In which case, they have to pay aggregator tax at Central and State levels.

Question: There is again a lot of noise around the different dates of filing returns. What are the important dates to remember when it comes to the GST? Should startups be worried?

Lakshmikumaran: Startups need not be worried at all, when it comes to filing taxes. Basically, all you need to do is file three returns.

Prime Minister Jawaharlal Nehru spoke on the stroke of midnight on August 14, 1947 heralding a new dawn of independence for an enslaved India. For a country that is struggling under the burden of unclear, cumbersome, state and central tax regime with hidden taxes that the end consumer is not even aware of, the GST looks to be exactly what Lakshmikumaran stated it to be. A game changer – for startups and average Indians, alike. Here’s to hoping for a brighter dawn tomorrow.