With This Five Day Mega Event Kishore Biyani Is Targeting A Sale Of $156.7 Mn 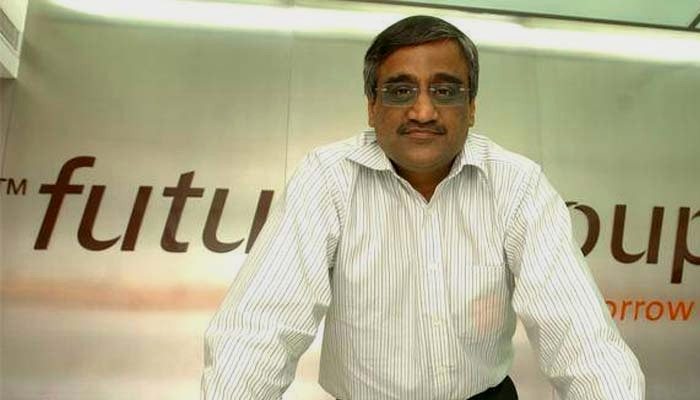 A regular critic of online retail, Kishore Biyani, CEO of Future Group, plans to entice customers with online games, Facebook live shows etc as forms of entertainment with shopping.  Reportedly, as a part of its ‘Big Bazaar Sabse Saste 5 Din’,  the retailer has invited consumers and gamers to play the online game and win shopping vouchers worth up to $156.7K (INR 1 Cr).

To be held during the upcoming Republic Day week, Kishore Biyani is targeting a sale of $156.7 Mn (INR 1000 Cr) from the five-day mega event.

The game features various deals which have their own value/points. The user will be rewarded for crossing a predetermined score and can redeem the voucher from the rewards section of the game on January 23, 2018.

According to a recent Economic Times report, Biyani has sought inspiration from Chinese ecommerce giant, Alibaba for the marketing campaign. As said, Biyani participated in a star-studded event held by Jack Ma, Founder of Alibaba, in Shanghai, two months back, for Alibaba’s Singles’ Day sales extravaganza. Interestingly, the sale recorded next day was of $25.3 Bn.

“While we have launched the Republic day sale more than a decade ago, we have taken inspirations such as bringing celebs for live gaming show on Facebook and opening pop-up stores from Alibaba. The idea is to blend online shopping with offline stores, or O2O, which already accounts for 10% of our sales,” said Biyani in a media statement.

Future Group has planned to open Big Bazaar pop-up stores in about 50 cities and localities where it is not present, while easing the billing process with pre-book pass ahead of the event.  Also, Future Group hopes to reach over three crore Indian consumers through its Facebook Live session. Furthermore, they will also offer hourly exclusive offers and coupons to drive store walk-in sales.

Recently, in a Nasscom Product Conclave 2017 event in Bengaluru on November 2, 2017, Kishore Biyani announced the launch of its Retail 3.0 model ‘Tathaastu’. The model plans to blend technology with brick and mortar.

Biyani had said that with pan-India presence the success of Tathaastu-Retail 3.0 will essentially require a retail store within the parameter of every two kilometres. With this model, Future Group plans to become  Asia’s largest integrated consumer retailer by 2047 with revenue of in excess of $1 Tn.

Prior to this, Kishore Biyani had buzzed the media corridors by stating that the much-believed expanding online retail sector in India has a threat from physical retail models like Big Bazaar as the former suffered on account of their low business share an the high cost of business.

He also added that though the next trend is digitisation, physical and digital are not different as the layering of technology over physical is what is needed at the moment.

In this light, it is to be noted that having burned his hands at ecommerce through FutureBazaar.com, Big Bazaar Direct, and Fab Furnish, the Future Group CEO had decided that he is not going to invest or operate in ecommerce space for at least the next two years.

Amid the growing influence of online marketplaces, it is to be noted that Alibaba has been trying to increase its influence in the Indian ecommerce market with its investee company- Paytm’s ecommerce division Paytm Mall. In the increasingly competitive landscape of the ecommerce market of India, Ratan Tata’s attempt to merge offline with online sale campaigning methods can be considered a smart move.

However, the Indian ecommerce market has been price sensitive and at the same time lacks digital penetration compared to Chinese ecommerce markets, where Alibaba has been enjoying the success. Thus, going ahead, it will be worth watching how things will roll out for Kishore Biyani during the five day Republic week sale event.