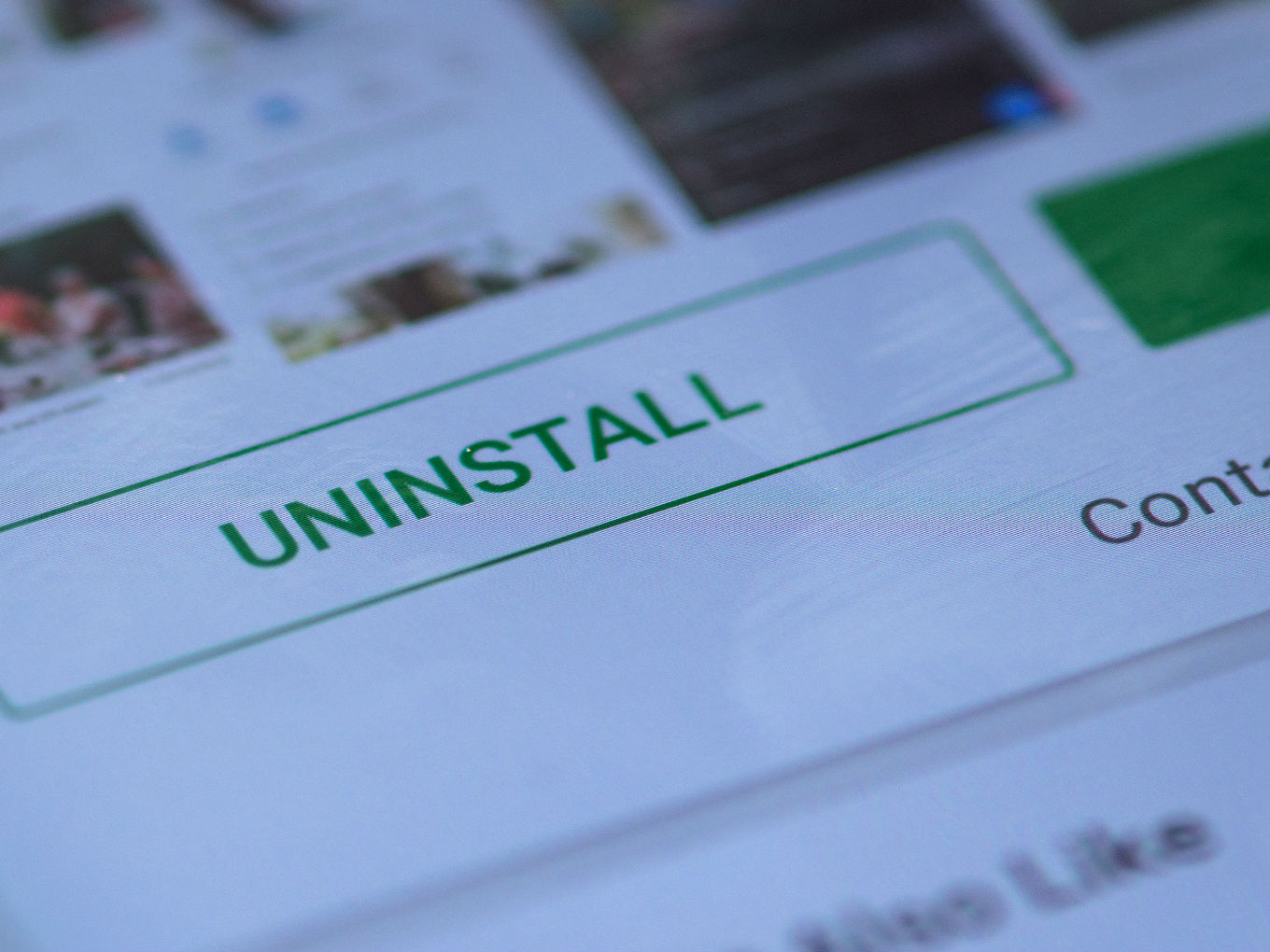 Patanjali has alleged that multinational companies are conspiring against its swadeshi chat messaging app, Kimbho. On August 16, the company launched the beta trial version of Kimbho app on Google Play Store, which disappeared (once again) within 24 hours.

A Patanjali Ayurved Spokesperson S K Tijarawala made the above allegations via a recent tweet. 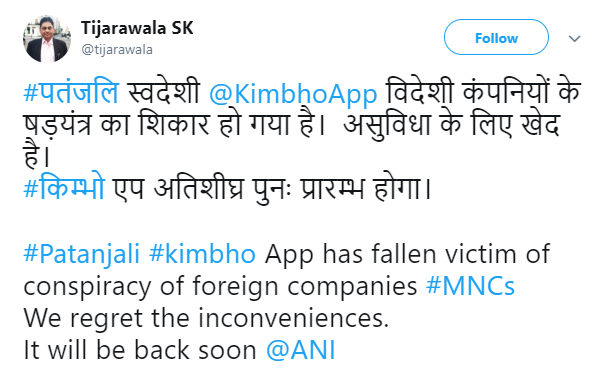 He also alleged that the app has been removed from the Google Play Store without citing any reason to the company.

To be noted, as mentioned in Google’s Play Store policy, “Google is not required to send you a warning prior to suspension or termination.” It also states that “Once your app is removed, the published version of your app won’t be available on Google Play until a compliant updated is submitted.”

The allegations came in at a time when the Delhi high court has asked Google, Facebook, and YouTube to take down the alleged defamatory content posted on these social media platforms relating to Baba Ramdev’s billion-dollar ayurvedic products company — Patanjali Ayurved Ltd.

Inc42 reported earlier this week that the latter had filed a complaint saying it found certain videos on these platforms to be slanderous.

The Delhi High Court, while passing the interim order, has asked representatives of Facebook, Google, and YouTube to be present in the court for the next hearing scheduled on August 23.

Kimbho means ‘Whats Up’ or ‘How Are You’ in Sanskrit. It is an attempt by Patanjali to bring in a swadeshi movement in the social media and chat messaging landscape of the country, which is currently dominated by players such as WhatsApp. The official version of the new Kimbho app was supposed to be launched on August 27.

Patanjali had earlier launched the Kimbho app on May 30 this year as part of a test run. However, at that time as well, the app disappeared or was rather taken down from Google Play store as many users faced issues in downloading the app on the Play Store.

Some serious data security breach allegations were also made by none other than Robert Baptiste, aka Elliot Alderson, on Twitter, who called it a “security disaster”.

In light of the security disaster during its first launch and the tall claims made by Patanjali — the second time around — the re-launch of the messaging platform Kimbho on August 27 has been built around the mantra of  “safe, secure, and swadeshi.”

However, now that Google doesn’t find Kimbho app fit for its play store, what solutions Patanjali may resort to, will be an interesting watch.