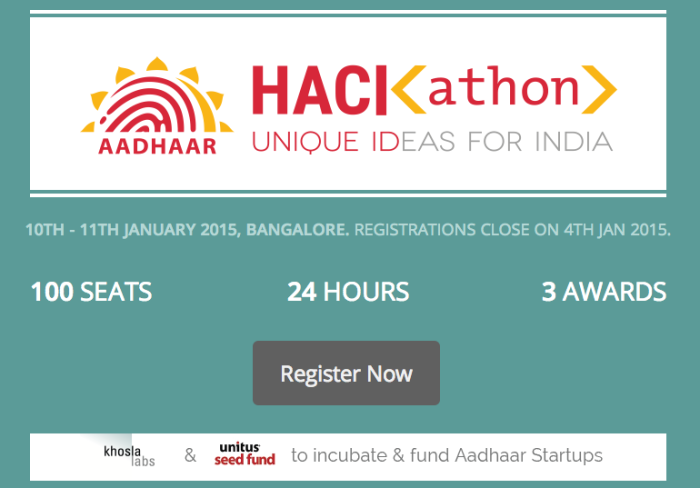 Srikanth Nadhamuni, CEO, Khosla Labs said, “we are also organizing an Aadhaar Hackathon next month, wherein the incubator will conduct tutorials on building Aadhaar verification apps for Android and provide developers with requisite biometric devices & SDKs to build apps for the Aadhaar platform.”

Aadhaar hackathon is scheduled for 10th-11th January at the Khosla Labs office in Bangalore and is aimed at creating awareness amongst developers about digital identity and how to build solutions on top of Aadhaar. The winners of the Hacakthon will get a chance to connect with Khosla Labs, Aadhaar experts and a free subscription for the Aadhaar connect.

For this, Khosla Labs partnered with Unitus Seed Fund to provide a platform for guiding and supporting startups interested in building these apps.

Initially Khosla Labs will be incubating 4-6 startups through this initiative.