The bikini in question was in yellow and red, the colours of unofficial state flag, and had the state's emblem

A Change.org petition has called for a boycott on Amazon in India 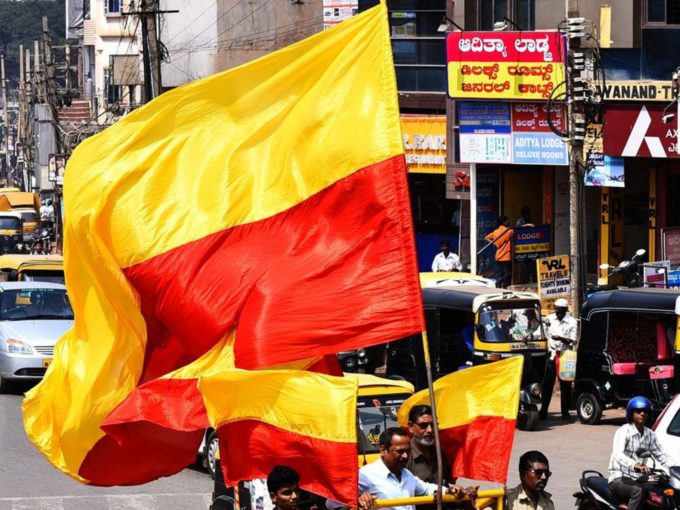 Amazon is going from one controversy to another in India, with individual state governments and political parties putting pressure on the company over various disparate issues. After facing protests in Maharashtra over localisation of Amazon India in Marathi, now Amazon Canada is now seeing outrage in Karnataka, over a bikini that depicts the southern Indian state’s flag and emblem.

Recently, users had claimed that Amazon Canada was selling a bikini in the colours of the Karnataka flag also depicting the state emblem and now the state’s Kannada and Culture Minister Aravind Limbavali has said the government would take legal action against the ecommerce giant. His statements follow similar protests against Google over showing Kannada as the top result for the search query ugliest Indian language.

According to multiple reports, the bikini in question was in yellow and red, the colours of unofficial state flag, and had the state’s emblem ‘Gandaberunda’, a two-headed mythological bird. It has since been removed by Amazon Canada. “Multinational companies should stop such repeated insult of #Kannada This is a matter of Kannadigas’ self-pride and we will not tolerate the rise in such incidents. @amazonca should, therefore, apologise to Kannadigas. Legal action will be taken immediately against @amazonca,” Limbavali said in a tweet on Saturday.

Besides the culture minister, political party Janata Dal (Secular) [JD(S)] leader and former Karnataka Chief Minister H D Kumaraswamy urged the state government to look into legal action against Amazon. He also demanded that Amazon should apologise to Kannadigas or natives of Karnataka. Beyond the government, there’s a Change.org petition launched in relation to this with the petitioners claiming India should boycott Amazon.

In December last year, Amazon India was caught in a political controversy in Maharashtra as members of Maharashtra Navnirman Sena (MNS) allegedly vandalised Amazon India’s promotional posters in Mumbai. MNS workers allegedly tore the company’s poster as its app did not have Marathi language option.

The party has also expressed displeasure over Amazon not offering a Marathi language interface on its platform. The MNS had also started a campaign, ‘No Marathi, No Amazon’, as well. Earlier this month, MNS leader Akhil Chitre also wrote to Maharashtra minister Subhash Desai highlighting that Amazon app is difficult to use for Marathi-speakers due to absence of the language.