Karnataka Govt Looks To Roll Out Health Guidelines As IT, Biotech Resume Work

Karnataka Govt Looks To Roll Out Health Guidelines As IT, Biotech Resume Work

Karnataka govt has discouraged the companies from resorting to mass layoffs 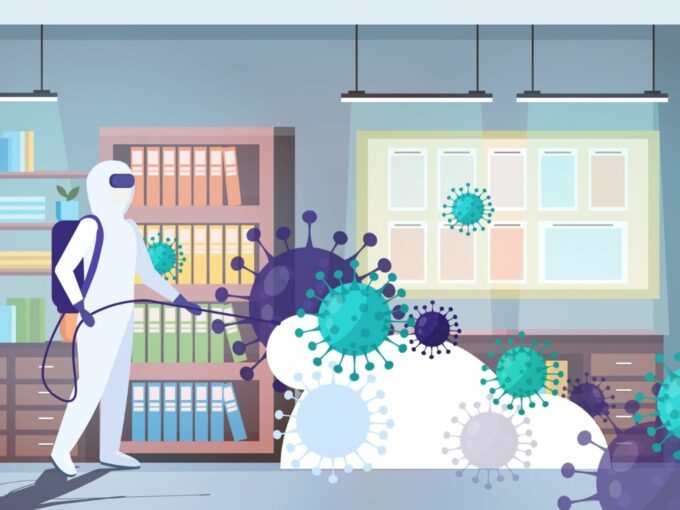 The government of Karnataka is in talks to roll out workplace protocols for the IT and biotech companies that can resume limited operations from April 20.

Deputy chief minister CN Ashwath Narayana has directed the health department to issue guidelines for the sector. Besides this, the government is also looking to engage BMTC buses to offer pick-up and drop services for the employees of the companies.

As per an ET report, representatives from the IT and biotech department have also had a video conference with Narayan on April 17. The meeting was attended by Infosys’ S Gopalakrishnan, Biocon’s Kiran Mazumdar-Shaw, and Accel’s Prashant Prakash, among other people. The representative sought clarity on several matters like the apt response in case someone from the campus would test positive of COVID-19.

They also assured the deputy CM that they would follow all health advisory like social distancing, maintenance of hygiene. Besides this, the companies will also set up screening facilities at the work premises.

Narayana told several publications that the risk of infection spreading will be high after the government relaxes the lockdown. Therefore, regular screening would prove to be beneficial in that matter.

Narayan, who also holds the IT and Biotech ministry, advised the companies to prefer “pay adjustment”, instead of laying off employees. He emphasised that finding alternative jobs would be a difficult task at this point. He also assured support from the government.

Even the central government is anticipating pay cuts, delayed payments and mass layoffs as the Indian economy is going to be hit by another round of slowdown due to the lockdown. For this, Prime Minister Narendra Modi has rolled out an advisory for the companies as well, urging them to not resort to layoffs.

The collated data would be submitted to the Prime Minister’s Office (PMO) to give insights on the worst-affected sectors and the number of employees impacted by the establishment shutdowns.

Both EPFO and ESIC will be relying on the companies registered on their platforms. EPFO has over 60 Mn subscribers, including pensioners, and ESIC has over 30 Mn subscribers. However, there are also some overlaps between the two data sets, so the number might come down in total. As per estimates, almost 50 Mn people are employed in the organised sector, out of the workforce of 500 Mn.