He will hold an undisclosed stake in the company's AI, machine learning and IoT-focused energy efficiency solutions technology

In 2015, the former Indian cricketer turned an investor after picking up stake in Mumbai-based Samco Ventures 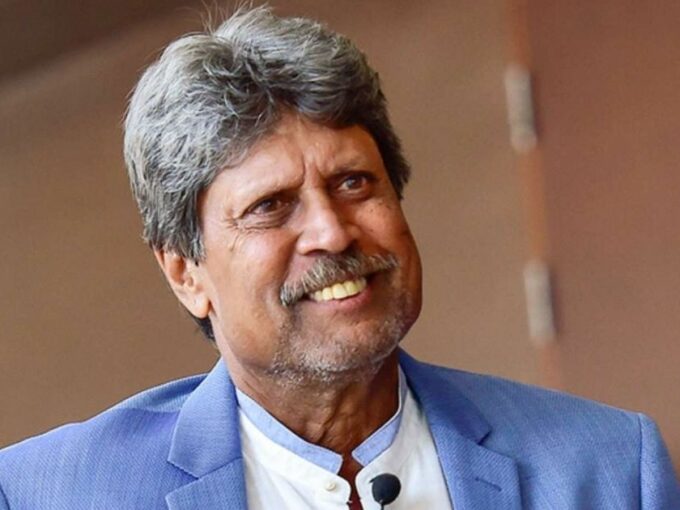 The captain of India’s first World Cup-winning team, Kapil Dev has invested an undisclosed amount in power sector-focused technology company Harmonizer India. He will hold an undisclosed stake in the company’s artificial intelligence, machine learning and internet of things (IoT)-focused energy efficiency solutions technology, as per a statement.

“I have invested in Harmonizer India to support the Indian brainpower and technocrats who have done so well to acquire 14 patents,” Dev said in a statement.

Harmonizer India’s CEO Manoj Soni said that there are tremendous opportunities for further growth and the company is aiming to achieve a significant portion.

The former cricketer also has a strong portfolio as an investor. As an angel investor, Dev has invested in online grocery startup PeopleEasy.com. In 2015, the former Indian cricketer turned to a venture investor after picking up a stake in Mumbai-based Samco Ventures.

In 2018, Dev entered into a partnership with B2B marketplace Pumpkart for brand endorsements. Last year, Delhi-based online market network WizCounsel raised INR 1 Cr in an angel round led by the cricketer among others.

Kapil Dev has also invested in VAOO, a Mumbai-based cab aggregator that offers free rides to passengers in return for viewing advertisements.

Indian Cricketers And Their Startup Investments

Indian cricketers are also known to don the hat of investors. These are some of the big names who have invested in startups recently.

The Indian startup ecosystem took off around the year 2014, and the current Indian cricket team captain’s stint as an investor also began that year. At the age of 25, Virat Kohli backed the London-based social media startup Sport Convo, an app that was launched to bridge the gap between sports stars and fans.

A year later, the sportsman invested in a chain of gyms and fitness centres called Chisel in association with Franchise India with a 30% stake in the fitness startup. Started in 2015, the startup aimed at establishing more than 75 centres.

According to an ET report, in 2017, Kohli also partnered with Hong Kong-based consumer electronics company Zeeva in order to launch the audio equipment company MuveAcoustics in India.

Known for his six-hitting on the pitch, Yuvraj Singh scored a big success off the cricket field with YouWeCan Ventures in 2015 to invest in startups and encourage entrepreneurship. Since then, the Indian batsman’s venture fund has invested in multiple startups across different verticals including healthcare, travel, hospitality, real estate and media sectors.

Its first investment was an undisclosed amount in health and wellness startup Vyomo which was later acquired by salon chain Naturals.

In 2017, YouWeCan backed the online table reservation platform EasyDiner and set himself to be the brand ambassador for the app.

In 2019, M S Dhoni invested in online used car marketplace Cars24 as a Series D investor. The funding came in as a result of a strategic partnership between the company and Dhoni. The Indian cricket player came on board as the brand ambassador for Cars24 and owns an equity stake in the company.

Joining the league with the youngsters, veteran cricket player Sunil Gavaskar jumped on the investor bandwagon with an investment in Mumbai-based board games startup Binca Games.

Speaking about the investment, Gavaskar said “With Binca Games, we hope that we can bring back the love for board games in this addictive digital world”.

Hailed as a god of the Indian cricket, the legendary Sachin Tendulkar has garnered fans around the world and also in the startup community. In 2016, Sachin invested in the Bengaluru-based Internet of Things (IoT) company Smartron India and came on board as the brand ambassador of the company.

After celebrities such as Hrithik Roshan and Virat Kohli entered the fashion business, in 2016, Sachin too launched a premium menswear brand on Myntra.

Leaving batsmen stunned with his pace, Indian fast bowler Umesh Yadav hit the bull’s-eye off the pitch with an investment in Kolkata-based hyper-local fashion search and review portal, Fashionove, in 2015.

Founded in 2014 by Tanushree Khandelwal and Sharad Kumar, the startup runs a portal to help consumers discover fashion boutiques around them through user reviews and ratings, and works to enhance the online visibility of retail brands.

After making headlines during the 2012-2013 Ranji season, Indian cricketer Mohit Sharma came into spotlight and the Indian cricket team, consequently.

In 2016, the Indian pacer donned the investor cap with an investment in a social discovery platform for artists, Crossahead. The startup was founded in 2015 by Vishvendra Chaudhary and Gaurav Walia, and lets listeners interact with professional artists based on their geographical location and requirements.

Harsha Bhogle is perhaps the most well-known commentator in the game today. And he has followed the lead of the cricketers he speaks about regularly with startup investments.

In 2019, the Indian commentator invested in Gurugram-based finance marketplace Chqbook. Founded in 2017 by Vipul Sharma and Rajat Kumar, the startup focusses on bridging the gap in the digital lending market using machine learning algorithms to match customers to the right lending provider.

Indian cricket batsman Shikhar Dhawan is the latest cricketer to have donned the investor’s cap. Yoga studio chain Sarva has received an undisclosed amount of funding from Shikhar Dhawan who will be joining the startup as an investor and a partner.

Owing to the restrictions in travel and multiple lockdowns, the startup aiming to boost its digital presence. So far, the Sarva has raised funding from entrepreneurs David Giampaolo and Mark Mastrov, as well as celebrities such as Hollywood actress Jennifer Lopez and American baseball star Alex Rodriguez, Bollywood actors Malaika Arora, Aishwaryaa R Dhanush, Shahid Kapoor and Mira Kapoor.