With Drivezy, JustRide Now Aims To Be A P2P Car Sharing Platform 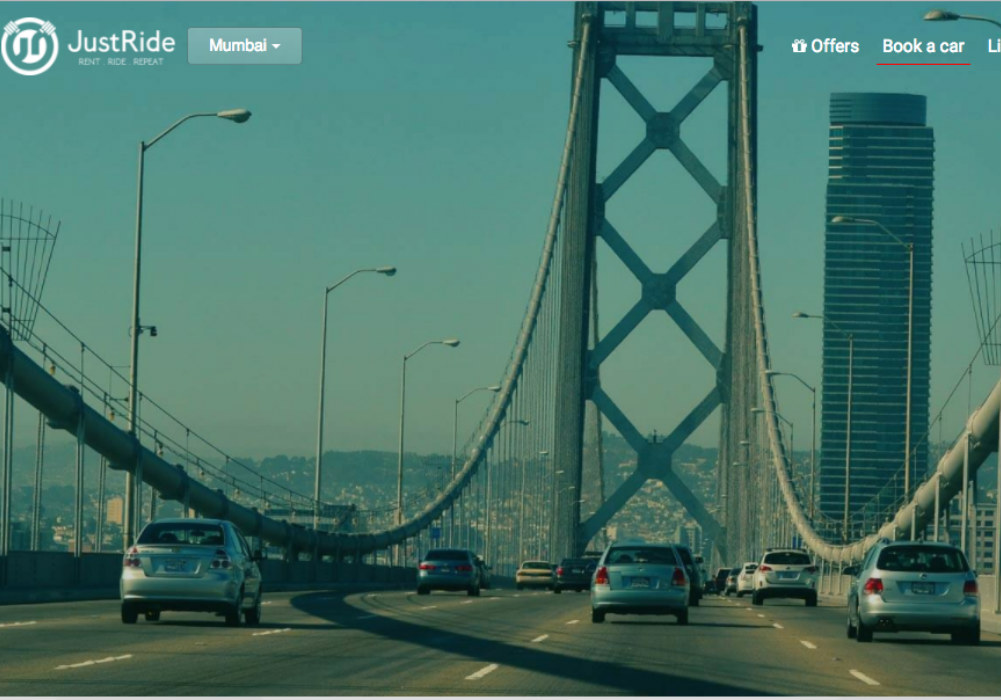 Y Combinator-backed self-drive car rental service JustRide announced today that it has rebranded itself as Drivezy. The rebranding exercise comes as part of the company’s strategy to make the transition from an aggregator model to a marketplace platform. It now aims to become a peer-to-peer car sharing platform. Drivezy will allow individual car owners to list their cars on the app when they are not in use, which is then micro-leased by Drivezy.

Speaking to Inc42, Ashwarya Singh, CEO and co-founder, Drivezy stated, “When we started with JustRide, it was much more of a self-drive car rental platform. And we have built a brand and reputation around serving customers this particular service. Then we shifted to a marketplace model – much like Airbnb of cars, growing on both the demand and supply side. But it was still powered by Justride.in so that people could have a brand recollect of what we did in the last two years. Secondly, after getting selected by Y Combinator and Google, we have investors from around the globe. So, keeping the global perspective in mind and our future plans to expand, we needed a dotcom name.”

Ashwarya further added that the rebranding could have been done a year ago when it shifted to a marketplace model before, but that it was still early for people to associate JustRide with a new brand.

About 10% of the startups’ current fleet of 880 cars is owned directly by it while 90% come from the aggregator model. Consumers have the option of buying a new car from Drivezy, almost $928-$1.3K(INR60K-INR90K) cheaper than the market. Through peer-to-peer sharing, Ashwarya claims car owners can earn almost INR30K through the platform, which is almost equal to the average primary income of Indians. In this way, the platform would allow the average Indian consumer to increase his income by twofold.

While 75% of each ride goes to the partners, Drivezy earns 25% from each ride. Drivezy also makes money by selling cars to OEMs (original equipment manufacturers) and insurance companies as a broker. In the last three months, the platform has added 100 cars each month. This month, the startup also launched bikes on the platform starting from Bengaluru, where it added 250 bikes to its fleet. Going forward, the startup plans to add 50 bikes and 100 cars, respectively, for the next three months.

He said, “We are excited about this transition and are ready to commence an aggressive journey to change the way people purchase, use, and sell cars. The world is moving on to a collaborative model of consumption, with growing smartphone and Internet penetration. The vision behind JustRide, when we started, was to establish a seamless car rental service. In due course, we noticed that most people do not drive their vehicles for more than a few hours in a day Thus, we decided on the rebranding to Drivezy, to create a car sharing platform, where individuals can earn by renting their idle cars for a limited time frame.”

JustRide: The Journey So Far

Prior to that in March 2016, it raised $400K in Pre-Series A round of funding from a group of angel investors. That’s when the company shifted to a car-sharing marketplace from an aggregator-based model.

In November 2015, it had raised funding to the tune of $2 Mn. Prior to that, it had raised an undisclosed amount of angel funding from industry veterans like Alok Mittal, Zishaan Hayath, Niraj Singh, Nikunj Jain, among others in August of the same year.

JustRide was selected for Google’s Launchpad Accelerator program in November 2015 and for Y Combinator’s summer batch of 2016.

The Bengaluru-based self drive car rental startup currently operates in four other cities across India including, Mumbai, Pune, and Mysore. JustRide indirectly competes with taxi aggregators and ridesharing startups like – Ola, Uber, Tripda, BlaBlaCar, LetsRide, PoolCircle, and Ryde among others. While the Y Combinator-backed JustRide is hoping to establish itself as an alternative to buying cars and earning a second income, adoption and acceptance will remain the key differentiator that the self-drive startup needs to bank on, in order to scale and grow in the foreseeable future.