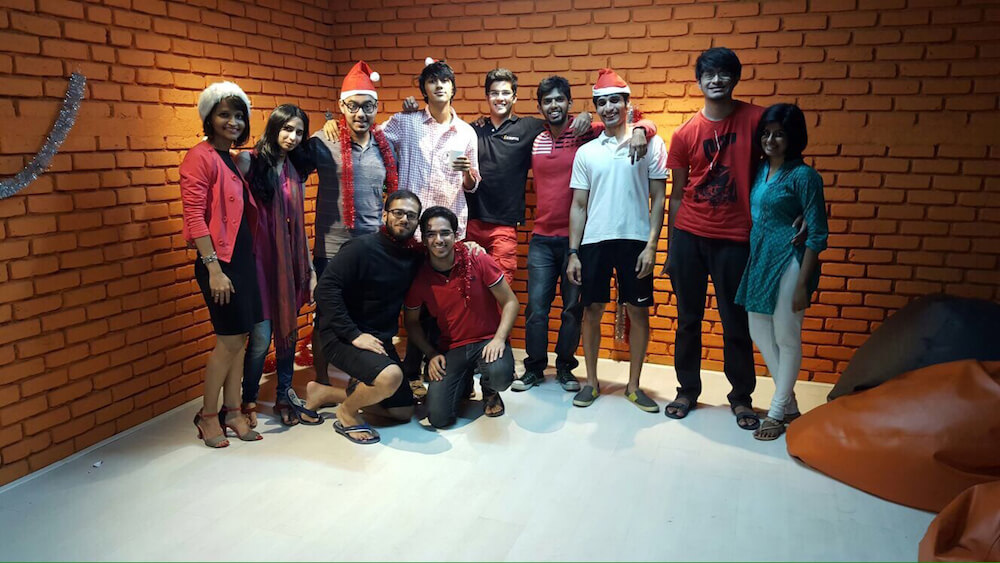 JustCode, a New York-based interviewing platform has announced the acquisition of Bengaluru-based online job recruitment platform Jobspire. The deal aims to extend JustCode’s operations in the country and to further strengthen its core products for employers.

Justcode is run by TurnToTech, one of USA’s most immersive coding bootcamps based in New York. The JustCode founders have been working in this space for over 10 years now.

Jobspire: The Journey Till Now

Founded in 2014 by Varun Mayya, Kartik Luke Singh, Sandesh Kini and Mohak Dhingra, Jobspire was started with the motive to provide the inside scoop on companies to build & engage their talent using visual stories. This allowed professionals to “window shop for jobs” with pictures of startup offices, the people that work there etc.

Later on, the team evolved into a more sophisticated platform providing end-to-end online job recruitment solutions that included sourcing, matching, decision-making, and tracking for Indian startups. The company raised $262K in funding in August 2015 led by Ravi Srivastava of Purvi Capital. Other investors such as Willfly Ventures, Nikunj Jain, Krishna Jha, Sanjay Bakshi, Kapil Nayyar, and Artieca Trust also participated in the round.

“Gross inefficiencies and poor decision-making from excessive spending, missed deadlines and loss of star talent plagues every level of software and technology in today’s companies,” said Aditya Narayan, CEO of JustCode. “We envision JustCode as a comprehensive platform for both developers and employers, and integrating Jobspire’s team and products into JustCode will help us achieve our goal of dramatically improving the quality of hires and reducing cost per hire.”

Earlier this week Aasaanjobs acquired Noida-based mHire. In February 2016, Aasaanjobs had raised $5 Mn in Series A round of funding led by Aspada Advisors, Inventus Capital Partners and IDG Ventures India.This was a follow-up from a Seed funding of $1.5 Mn in January 2015.

Prior to this, QuikrJobs, announced its intentions of acquiring Babajob, in order to stabilise its position in the Indian blue-collar job market. In June 2016, Quikr had also acquired Hiree, an online job recruitment portal to strengthen QuikrJobs.

The Online Job Recruitment Market: India Vs the US

According to the Monster Employment Index for June 2016,  online job recruitment activity in India grew by 17% year-on-year.  The analysts further expect the overall Indian staffing market to be around $40 Bn, including both online and offline domains.  Furthermore, as per an India Skills report, the average increase in hiring intent is about 7%-10%, as compared to last year and a lot of companies have mushroomed in the recruitment sector.

In the US, Technavio’s market research analyst predicts that its online recruitment market will grow at a CAGR of more than 6% by 2020. Another report by OrbisResearch.com, also stated that the global market for online job recruitment is expected to reach about $29.7 Bn by 2021 from $ 20.8 Bn in 2016, registering a CAGR of 7.34% during the forecast period, 2016-2021.

The Jobspire founders also shared their learnings in the Indian online job recruitment sector since launch. As stated by them in a joint statement, “We see a phenomenal amount of opportunity in the online job recruitment space, but instead of focussing on solving industry-wide problems, companies should focus more on appealing to segments – whether it’s verticals, territories, or cost.”

Moreover, they also observed that over the past 3 years Indian companies tended to bring on talent in specific hiring seasons, while in the US, companies are okay with hiring at any time as long as they can prove their value.

The founders further added, “For us, that meant creating products that don’t require long-term contracts and address the talent need immediately. And, obviously, this also translates into a revenue difference – in the US, we’ve been able to set up contracts with companies starting at $2,000 and going all the way up to $20,000, but with companies in India, we stuck to pricing our products in the $200 – $500 range. There are pros and cons to both markets, but the gist is this – if you’re a company making a global play, you should definitely account for the quirks of each territory you’re entering.”

The JustCode-Jobspire consolidation, the second one this week, has clearly hinted the direction in which the online job recruitment space is taking. As the Jobspire founders stated, the inability to get an actual or equivalent global pricing in the country has left a few players bleeding – on account of their inability to generate cash-flow or scale to match fellow contenders who have managed to raise funding, apart from generating revenue. At the same time, the entry of bigger players like Quikr has made the battle fiercer too – turning online jobs recruitment into a hunting ground for the next viable company.