The Junction 2017: Thank You Sponsors, Partners

The Junction 2017: Thank You Sponsors, Partners 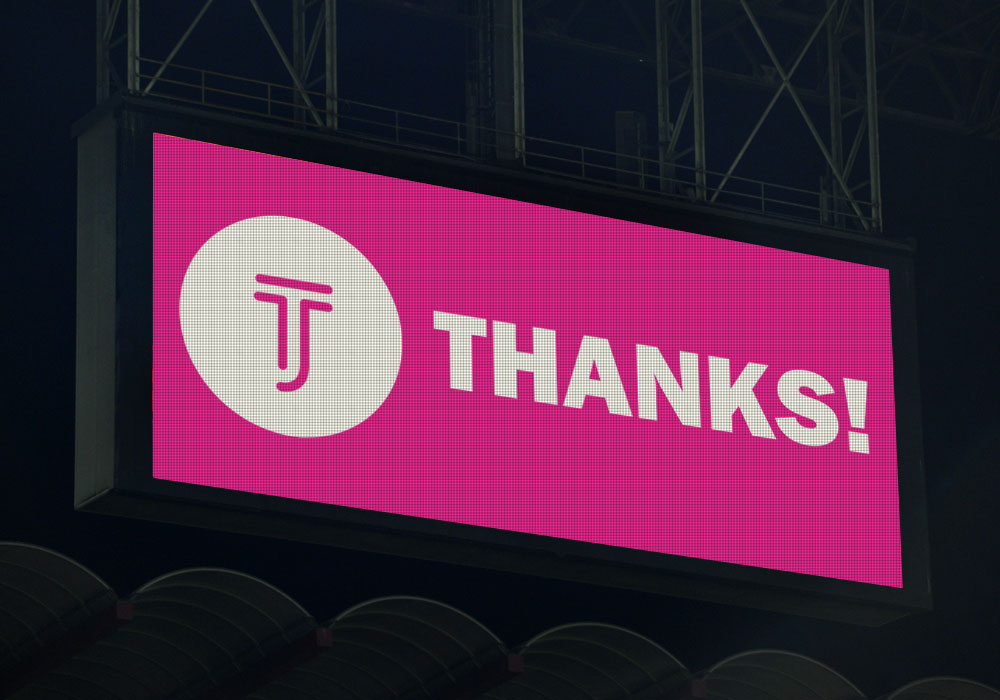 As the countdown to The Junction 2017 wound down, we at Inc42 would like to take a moment to pause and reflect. The Junction is an invite-only conference, held in the lush environs of The Fairmont, Jaipur from January 12-14, 2017. It is a uniquely curated experience bringing together the global startup ecosystem and its Indian stalwarts.

None of this would have been possible without the tireless efforts, belief, and co-operation of our partners and sponsors.

We would like to take this opportunity to thank them for their support and encouragement in hosting the conference. 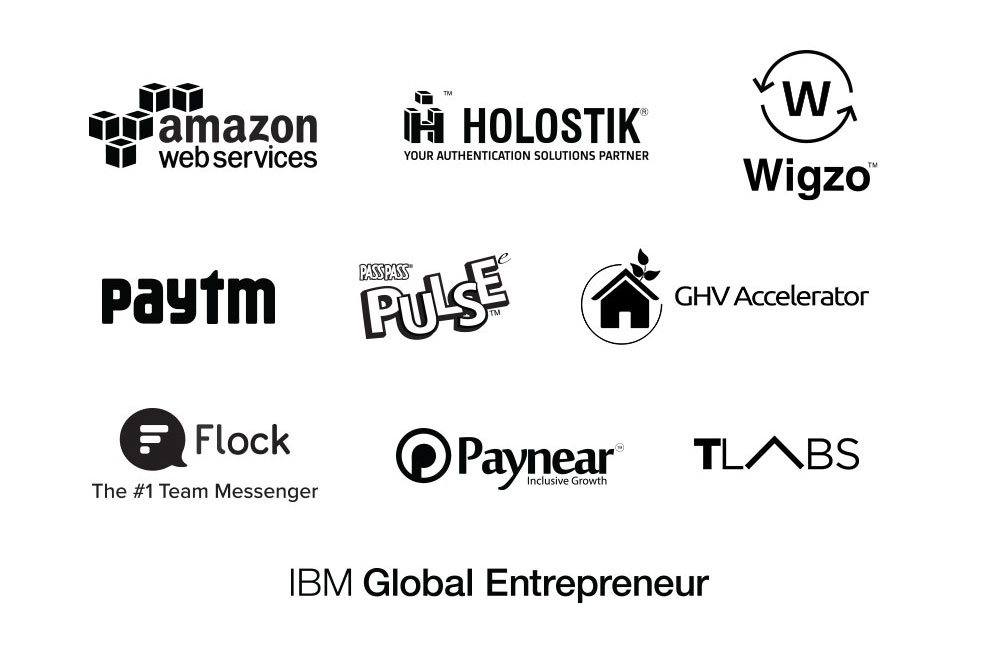 Noida-based Paytm started out as a mobile payments and recharge business. Founded by Vijay Shekhar Sharma, the company has built its ecommerce marketplace during the last two years by selling apparel, footwear, smartphones, bus tickets, and movie tickets. Paytm is backed by investors including Alipay, Alibaba Group, SAIF Partners, Sapphire Ventures and Silicon Valley Bank. It has appointed ex-Goldman Sachs CEO Mark Schwartz to its board, among others and has gained significant traction due to the recent demonetisation drive conducted by the Indian Government. Paytm has also been granted a payments bank licence by the government and plans to roll out the initiative in early 2017.

Holostik India is an ISO 9001:2008 certified company that manufactures security holgrams. The company was established in 1991, and has been involved in pioneering efforts to provide customised holographic solutions to various industries. It has products such as Holographic Wads, Security Holograms, Tax Stamps, Holographic Boards and more under its aegis. The company’s clients include SBI, HDFC, RayBan, Bridgestone and many more. Holostik claims to enjoy more than 50% of the market share when it comes to security holograms, due to its industry-specific positioning of products.

Amazon Web Services (AWS) is a dynamic, growing business unit within Amazon.com.  AWS is a comprehensive cloud services platform, offering compute power, storage, content delivery, and other functionality that enables businesses to cost-effectively deploy applications and services with greater flexibility, scalability, and reliability. It has also started operations in India in 2015, with a data centre in Mumbai.

In an increasingly interconnected yet isolated social environment, Pass Pass has become what was inherent in its name and its character: social glue. It has become a part of many Indians’ lives as their favourite branded mouth freshener and it encourages people to come together, no matter what the age is. It also says that family is the new friend. This philosophy of togetherness extends to their products as well.

Paynear is a customer retention and payments solution provider based in Hyderabad. Started in 2013 by Prabhu Ram, Anil Bharadwaj V, Maulik Shah, and Priti Shah, it aims to enable individuals and businesses of all sizes to manage payment solutions. Its flagship product is mPay – a mobile PoS solution for small merchants and individuals to accept card payments through smartphones and PCs. The app and portable card reader are available in 7 seven regional languages to enable easy adoption by non-English speakers.

Wigzo is the brainchild of Umair Mohammed, Himanshu Kaushik, Hetal Sonpal, and Vikrant Khushu. It has built out machine learning technology that is capable of 360-degree user profiling, behavioural automation, email personalisation, personalised notifications, product notifications and exit intent. GoldenScent and Wadi from Dubai, CouponRaja, Mr. Button, W for Women, Kaaryah, and ExclusiveLane from India are some of its clients. The company has offices in Singapore and Delhi. It is one of the frontrunners for utilising AI in consumer marketing and branding strategies.

Flock is an enterprise messaging app and platform, launched by Bhavin Turakhia, co-founder of the Directi Group. It was launched in 2014 and is one of the four ventures in which the Directi Group is planning to invest $110Mn – the other three being Ringo; an Internet domain-name registration company Radix; and a mobile-based meal voucher platform Zeta. Flock’s latest version allows users to create cross-functional, as well as cross-company teams. The app also has an inhouse app store, where apps can be integrated with other apps or on Google Drive, or even Twitter.

Green House Ventures (GHV) was started in Gurugram by IAN member and entrepreneur Vikram Upadhyaya. The accelerator provides mentorship and a capital of $100K in a controlled environment for chosen startups. It helps these startups focus their energies on core activities such as product strengthening and achieving growth metrics. In 2016, GHV Accelerator participated in the Asia Leader’s Summit by taking star-performing startups from India for a two-day event in Bali, Indonesia. It counts MyTaxiindia, PickMyLaundry, Adurcup, Lazylad, CaRPM, PindropMusic, FitMeIn, RoadGods and Foodport as part of its portfolio.

IBM India has played an active part in generating support and encouragement for the startup ecosystem, in particular. To this end, it has conducted a Global Entrepreneurship Program and Smarttech Challenges in varied verticals such as B2B, Deeptech, and Smart City. It also organised a Fintech challenge in association with Edelweiss, and Healthtech challenge in collaboration with T-Hub and Manipal Hospitals. The startups shortlisted in each of the challenges will get a chance to pitch their idea to enterprise VCs, IBM executives and others, and will also receive feedback for the same. They will also get to pitch their idea to enterprise CEOs in the relative industrial space and an audience of 200+ people.

TLabs is the startup accelerator arm of Times Internet. It offers an intensive mentoring programme for Indian startups in the Internet and mobile tech domain. TLabs also offers a funding of INR 30 Lakhs, a coworking space, and other benefits from its partners, to the startups it accepts into its programmers. In 2014, TLabs started a Bengaluru-based accelerator with a $50K initial funding amount to startups, slightly larger than the average amount it gives its cohorts. It also conducted a Botathon in its Bengaluru space, in association with Haptik to bring together bot-based ideas of young, enthusiastic creators and makers to life. 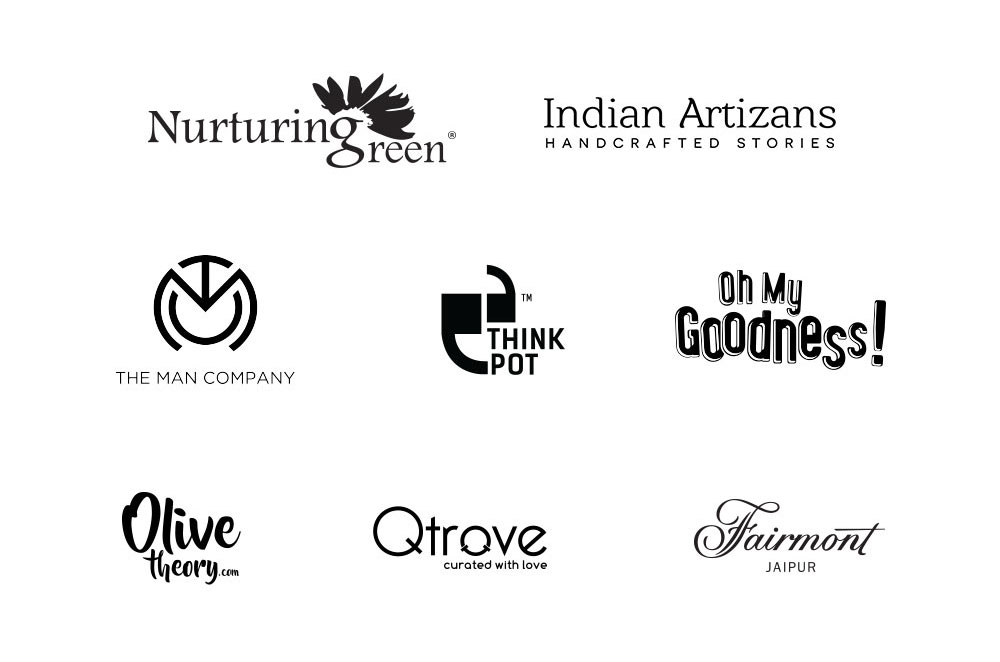 Incepted in 2009, Nurturing Green has pioneered the Green Gifting concept in India. Its flagship idea is ‘Gift a Plant. The backbone behind the platform is the concept of gifting a plant to replace bouquets and other monotononus gifts.

The Man Company offers a head-to-toe range of grooming essentials from hair gels, shampoos, face washes, beard oils, beard washes, soap bars, body washes, shave gels to fragrances. It not only offers products but an entire experience – that requires a user to set aside some time for themselves.

Olive Theory is a handpicked and curated marketplace for exotic Indian and international arts and crafts. With a product range that includes living room, bedroom essentials, as well as cooking and culinary items, Olive Theory strives to offer a unique idea trove for home spaces and interiors for the modern, urban, consumer.

A team of dedicated thinkers and visionaries around the globe, after extensive study of motivational & inspirational literature have come up with quotes which can instill high levels of confidence, passion, burning desire & happiness in a person’s life. Each quote has been carefully selected and converted into a design by a panel of Thinkpot designers.

Fairmont is a leader in the global hospitality industry, with a distinctive collection and a worldwide reputation for excellence. The Fairmont Jaipur boasts of a sprawling palatial venue of 200+ rooms, sumptuous food, plush lounges, a pool for enthusiastic guests and grounds for strolling maintained with utmost care.

Oh My Goodness! by DropKaffe is creating a wave of liberation from the existing choice of beverages in the market. Its multi-flavored cold coffees and other products across various categories go through a series of R&D processes built on our commitment to provide innovative drinks.

Indian Artizans are on a quest for finding age-old and forgotten craft techniques – be it handwoven, handspun, hand block-printed, brocaded, tie-dyed and other manual processes.

Qtrove is a curated marketplace that exhibits and sells non-mass produced items from small entrepreneurs across the country. These products are natural, sustainable, not easily available elsewhere, enhance the well-being and social currency of today’s discerning consumer.

We look forward to associating with them for our future events as well!