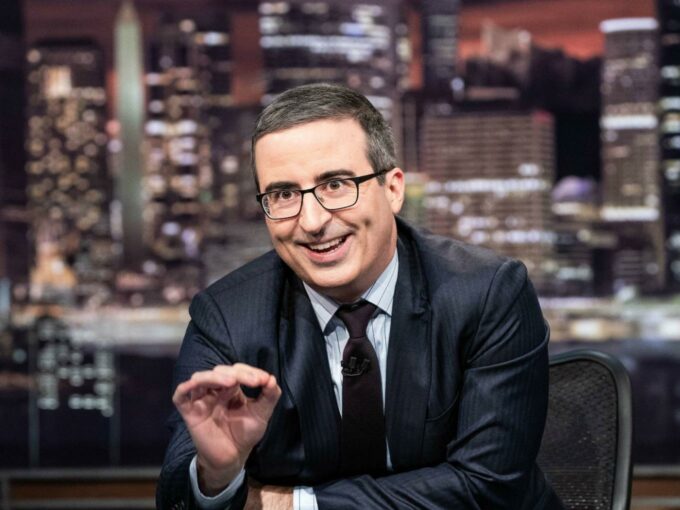 Disney-owned Hotstar’s censorship has irked John Oliver, host of the comedy talk show, “Last Week Tonight With John Oliver”. Responding to the recent censorship of an episode which referred to India Prime Minister Narendra Modi’s handling of the 2002 Gujarat riots when he was the state’s chief minister, Oliver said that not only has Hotstar removed that particular section but has also edited the show’s previous sections related to Disney in recent months.

Oliver said that an episode of the show from late 2019 where he had mocked Disney was edited before being made available in India. He has also said that a segment of another episode that focused on China’s one-child policy, in which he joked about Donald Duck’s genitalia, has also been edited before being streamed in India. It must be noted that Disney owns Hotstar and the company will launch Disney+ in conjunction with Hotstar in India.

“They cut out a joke about Mickey Mouse being a cocaine addict. Why would they do that? It’s hard to say. But it might be because Hotstar is owned by Disney and they seem extra sensitive to Disney references,” Oliver said in his show.

Oliver’s statement comes ahead of the launch of Disney+ in India on March 29. Disney+ will be launched bundled with Hotstar, the largest on-demand video-streaming platform in India with over 300 million users, as “Disney plus Hotstar”. The company had said that it will be rebranding its existing Hotstar VIP and Premium subscription tiers to Disney plus Hotstar.

Hotstar has been spearheading censorship of OTT platforms in India along with Jio, SonyLIV, Network18 and Eros. The platforms have come up with an independent adjudicatory council, called the Digital Content Complaint Council (DCCC), to moderate online video streaming content.

The voluntary self-regulatory code was considered by OTT platforms as a preemptive move to avoid government censorship.

The Indian government has been in discussions about censorship of online content, particularly content that is supposedly banned by Indian courts or disrespectful to the national emblem and flag, as well as content that outrages religious sentiments, promotes terrorism or violence against the state and shows child pornography. However, most social media and OTT companies have been reiterating that regulation in any form would be a threat to free speech.

However, according to a 2019 survey by market research and data company YouGov said, around 57% of Indian citizens also think censorship is required for online streaming platforms such as Netflix, Hotstar, Voot, among others.

The report said that around 59% of people feel a lot of offensive content unsuitable for public viewing is being created nowadays and hence should be censored. Almost as many (57%) feared that inappropriate content can have an adverse impact on children. Close to half (47%) found it uncomfortable to watch certain types of content around family and hence want some regulation.