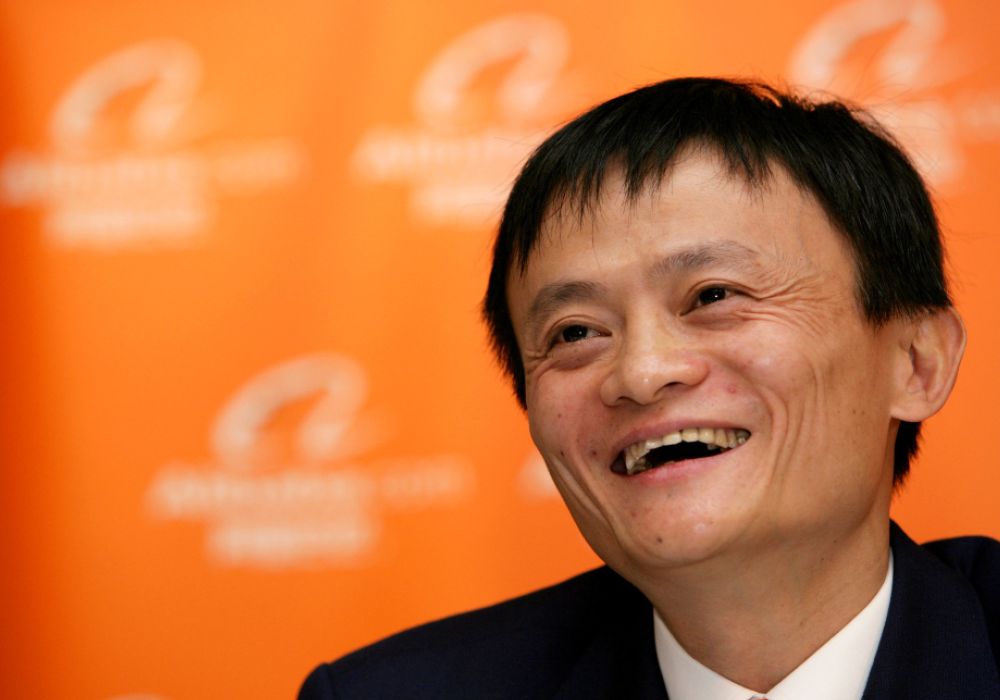 In this age of digital revolution, the probability of someone not being familiar with this name is miniscule.

Not only is he known as the founder of Alibaba, a Chinese ecommerce company with over $212 Bn valuation, he is also the first mainland Chinese entrepreneur to appear on the cover of Forbes. Currently said to own a net worth of $22 Bn, he has recently invested $200 Mn in mobile payments and ecommerce platform Paytm.

Ma has attained cult status in China, where he’s seen as the equivalent of Steve Jobs, Jeff Bezos or Bill Gates. He is a former English teacher, and founded Alibaba in his apartment in 1999 with 17 friends and $60,000 they raised. (Check out his entire journey in an infographic here.)

Alibaba has been operating in India since 2007. The marketplace reportedly has around 6 Mn registered Indian buyers and sellers, as of early 2016. In May 2015, through its marketplace AliExpress, Alibaba entered the Indian ecommerce market.

The company currently has active subsidiaries, such as Alibaba.com, Tmall.com, eTao, Alibaba Cloud Computing, Taobao Marketplace, Yahoo! China, Alipay, Ant Financial and AliCloud. He has been awarded multiple business honours, including being named to Fortune Magazine’s “25 Most Powerful People in Asia” list in 2005, and being chosen as Businessweek’s “Businessperson of the Year” in 2007.

Yes. Jack Ma knows business. So, it is imperative that we dig deep into what maketh the man and get a taste of over 15 years of business experience. Here are 10 pointers that he believes are the most crucial for the success for any startup.

The 10 Rules Of Success According To Jack Ma

After graduation, Jack applied for 30 different jobs and got rejected by all. “I went for a job with the police; they said, ‘You’re no good.’ I even went to KFC when it came to my city. Twenty-four people went for the job. Twenty-three were accepted. I was the only guy left.” In addition, he applied 10 times to Harvard and got rejected. “And than I told myself that someday I should teach there may be.” And, you know what? He did.

The crux – getting used to rejection is the first principle of success.

Next, one must work towards keeping their dream alive. This is the ultimate code to success. The idea one is running behind, might achieve success one day – this belief must run through their veins in order to gain success.

Jack also believes that technology is just a tool. The core component of any company is its culture. “We grew from 18 people to over 2,500 people. We focus a lot on making sure that, inside, everybody works towards helping each other, instead of just making money.”

“Ignore The #Littleman” is another of his mantras. “Most of the time people say, ‘Alipay is the stupidest idea we have ever heard.’ But I believe, whether stupid or clever, I will not stop as long as people use it.” Now, the platform has a user base of over 800 Mn people.

Furthermore, Jack finds getting inspiration to be another key element for success. “I get inspired a lot from the movies. I learnt, how to make speeches from the movie called Bodyguard.” Thus, one must find inspiration in their surroundings, to make them grow on all fronts.

Next, stay focussed. “I have said ‘No’ to a lot of business ideas, because as a CEO, I have to say No to a lot of opportunities. I probably get 5,000 opportunities everyday and we only yes to those who help us do our business easier.”

Alibaba also counts the name of a startup as an important thing that cannot be ignored. Not only should it convey the mission and vision of startup, but also the founder’s passion behind it.  “When I started, Internet was global. So we thought, we should have a global name and a name that is interesting.” For days, he talked to over 15-20 people and got concluded that in some or the other way, they all knew ‘Alibaba’. He also thought that, “As it starts with ‘A’, we will always be remembered on top.”

At Alibaba, it is believed that Customers are #1, Employee #2, Shareholder #3 and Chairperson #4.  “This is my religion. It’s the customer that pay us money and drives innovation.”

And his final mantra is, “Opportunity is where the complaints are.” Which means, that the next time a user complains about one’s product or service, lending a willing ear and helping ear might just lead to the pivot and PMF they are looking for.