Jabong’s Former Top Brass Under Scanner For Financial Irregularities; Talks Between GoJavas and Snapdeal For A Stake Sale Fail

Jabong’s Former Top Brass Under Scanner For Financial Irregularities; Talks Between GoJavas and Snapdeal For A Stake Sale Fail

After the Foodpanda trouble last year, another of Rocket Internet’s business in India is in the midst of controversy over allegations of financial irregularities by its top brass. A forensic audit commissioned by German ecommerce investor Rocket Internet has unearthed several apparent corporate governance violations by former top executives at its fashion portal Jabong, reports ET.

The interim summary of the investigation, codenamed Project Flush, was first brought to light by an anonymous operator of the Twitter handle ‘Unicon Baba’, who comments frequently on the Indian startup ecosystem. On 7 June Unicon Baba, posted that Rocket Internet was pursuing a case against Sinha. The tweet, which was later deleted by Unicon Baba, read: “Rocket Internet to pursue case against @sinha_praveen for siphoning off 100 cr+ in last two years.”

As per the report, Jabong’s former managing director Praveen Sinha, the company’s ex-CEO Arun Chandra Mohan and former Rocket Internet India managing director Heavent Malhotra are the individuals investigated by Rocket after allegations of financial impropriety were made by a whistleblower in August 2015. Sinha and Mohan left Jabong around the same time.

The report found “conflict of interest” on the part of Sinha in one of the main aspects of the investigation, mainly the alleged fraudulent transfer of Jabong’s logistics unit GoJavas to an entity controlled by Sinha. Shares in the unit, GoJavas, were later sold to Jasper Infotech, the parent company of Snapdeal.

The report also states that Sinha, Mohan and Malhotra had interests in third parties trading with Jabong, and that the allegation of “collusive trading is partly supported, at least to the extent that conflict of interest situations apparently exist.” 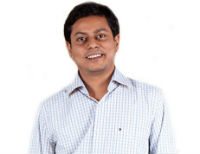 Meanwhile Sinha denied any wrongdoing and has also apparently told Mint that he has filed a legal case against the Twitter account holder who posted the damaging tweets. He also said in an emailed response stating that he had never been informed by Jabong’s investors of any PwC report ad got to know about it only through a media query. He added that post the report, he called people to get more information, and understood that though an investigation was conducted, “nothing had come out of it to conclude any personal gains (were made by me) as is being alleged by certain quarters.”

GoJavas (formerly Javas) was launched in December 2012 as a unit of Jabong’s business-to-consumer corporate entity known as Xerion Retail. It was transferred within a few months to an entity called Quickdel in which Sinha later came to own a 50% stake. He and other promoters later sold shares to Snapdeal, which now owns a 42% stake in GoJavas.

The report said that in August 2015, Oliver Samwer, one of the founders of Rocket Internet, wrote to Sinha and Mohan expressing concern about “not getting the share we should own” and threatening legal action against “everyone involved in stealing this business from us.”

It has also raised questions about the transactions between Jabong and an entity called Value Shoppe Retail. PwC investigators found that a person listed as an employee at Jabong was also a director at Value Shoppe. Interestingly, the address for Value Shoppe was the same as the address for Xerion, the B2C entity of Jabong. Furthermore, the report questioned the rates at which unsold inventory was disposed of as scrap to Value Shoppe as well as steep discounts at which factory seconds were sold to the same company.

Incidentally, the reports of financial misappropriation come when both Jabong and GoJavas are in talks of sales with investors. Snapdeal was reported to be the frontrunner in talks to acquire Jabong and also intended to buy out GoJavas completely but the deal has fell through as the logistics company walked out of negotiations on account of differences over valuations. Snapdeal was likely to execute the acquisition through its captive logistics company Vulcan Express. The failure of the deal is also being said to be a direct consequence of these investigations and allegations.

Interestingly, Unicoin Baba had also tweeted about why Snapdeal was hell bent on buying the troubled logistics company-

Why @JabongIndia is failing in due diligence repeatedly? Why @snapdeal still wants to go ahead with the deal? https://t.co/6DzyiYIk2B

As per sources now, GoJavas will now start looking for other investors and try to buy out Snapdeal’s stake in the next few weeks. The company is also planning to get into other non-e-commerce related activities and soon roll out a strategy around that.

Snapdeal and Kishore Biyani’s Future Group had also emerged as final contenders for buying online fashion retailer Jabong at a valuation which is much less than the original asking price. However with the current controversy and Rocket Internet likely to take legal action against the former top executives of its fashion portal, the sale might be in jeopardy now.

For Berlin-based Rocket Internet, which follows the model of incubating replicas of successful internet businesses in the US, Jabong’s fiasco comes barely a year after another of its businesses Foodpanda, was in controversy over corporate governance failures, with CEO Rohit Chaddha stepping down last August.