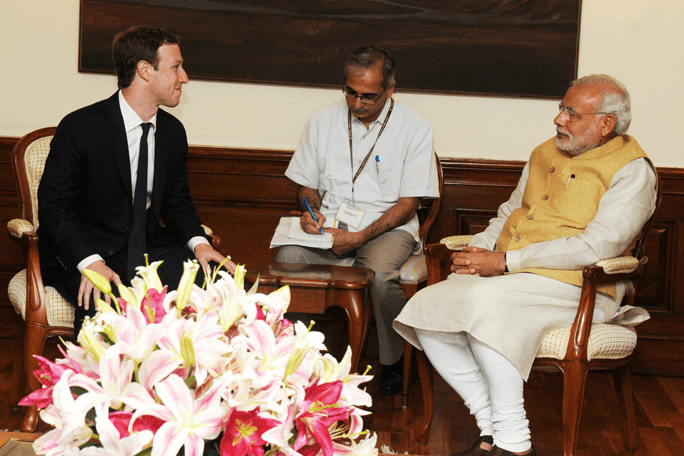 Facebook founder Mark Zuckerberg visit to India in something which everyone is talking about. In his this 2 day visit to India, his much anticipated meeting with Prime Minister Narendra Modi took place yesterday.

Both of them discussed a wide range of issues revolving around the innovative use of Facebook as a platform to engage with a large audience in the service of humanity.

Mark Zuckerberg stated that Facebook wants to work with the Government of India in the fields of healthcare, education and provide a gamut of services to the people.

During the meeting, the two also discussed about project Digital India, on which Zuckerberg said that he is very much excited about the government’s Digital India initiative. Modi also asked Zuckerberg to identify some domains of Digital India where Facebook can get involved and help. 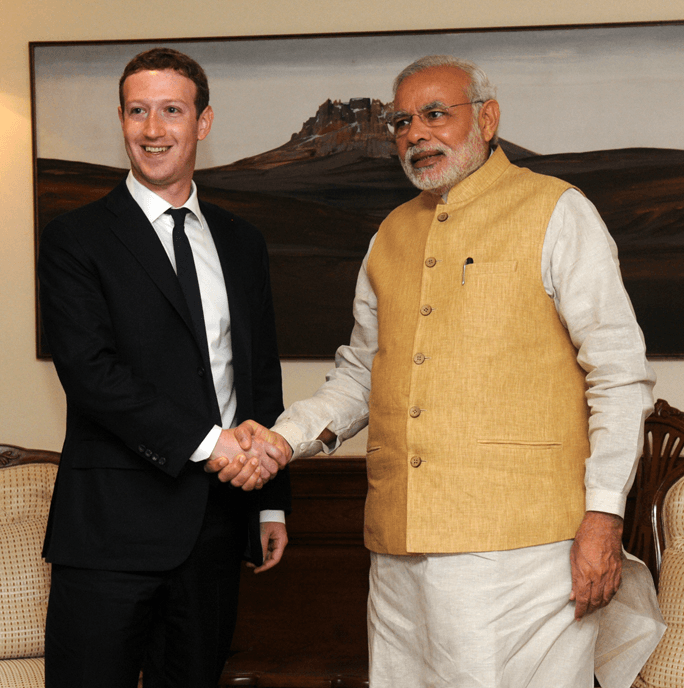 On the other side, Narendra Modi also pointed that a lot of terrorist elements are using social media platforms to recruit members to join them and said that this is unfortunate and that we need to think of the role social media can play to stop terror.  Modi also appealed Zuckerberg to promote India’s rich tourist potential through Facebook and asked Facebook to look at how to enhance Internet literacy along with Internet connectivity.

“There are more than one billion people in India who don’t have access to the internet. Prime Minister Modi and I both believe that connectivity can help transform lives and communities across India, and we had a productive discussion about how to collaborate on this through his Digital India initiative and Internet.org. I’m excited to continue our discussions and to see what we can achieve together,” said Mark.

Zuckerberg was in the national capital to attend the two-day Internet.org Summit, where he said access to internet should be considered a human right.

During his trip, Zuckerberg also visited village of Chandauli in northern India, and said that looking at the way people are using internet to find information, access government services and connect with their friends and loved ones was an incredible experience. “One day, if we can connect every village, we can transform many more lives and improve the world for all of us. Chandauli is just the start,” he said.