Indian Startups Should Learn From France The Way To Deal With Failures: IT Minister Vaishnaw 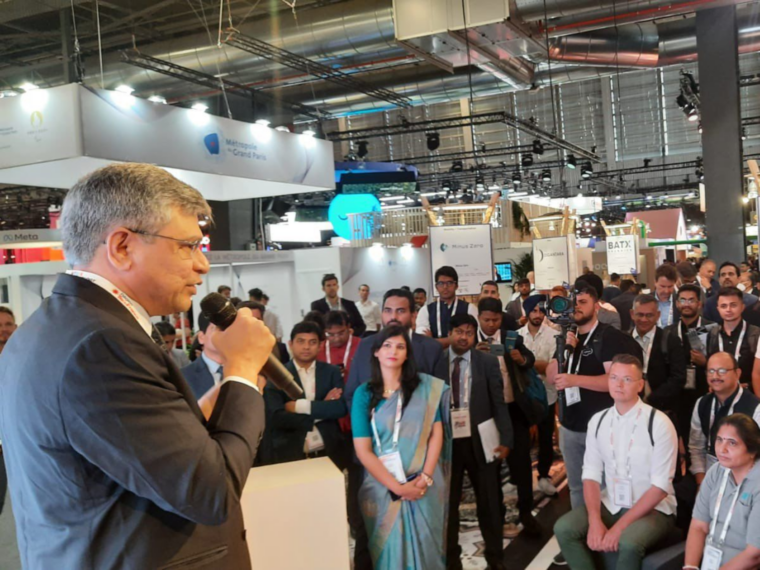 Vaishnaw said that under PM Modi’s leadership, various government programs such as Unified Payments Interface (UPI) have been launched digitally

This year, Vivatech has announced India as the country of the year

Indian startups should follow France’s way of thinking to deal with failure cases, said Ashwini Vaishnaw, the Union Minister for IT and Telecom, on Wednesday.

Addressing the India pavilion at the technology exhibition Vivatech 2022, Vaishnaw said that the combination of a billion smartphones and bank accounts coupled with over billions of digital identities have created unique use cases of technological advancement in India.

This year, Vivatech has announced India as the country of the year. It is also reported that nearly 65 Indian startups participated in Vivatech 2022 with the help of the Indian government.

At the event, Chintan Vaishnav, mission director of Atal Innovation Mission, said that the Indian startup ecosystem has been growing rapidly and now has more than 100 unicorns, which reflects the scale and recognition of Indian ecosystems. He further said that our objective of participating in Vivatech is to showcase Indian startups that are solving global problems and innovating for the world.

Highlighting the digital revolution of India, Vaishnaw said that under PM Modi’s leadership, various government programs such as Unified Payments Interface (UPI) have been launched digitally.

Recently, India was ranked 19th position for having a burgeoning startup ecosystem across the globe, as per a StartupBlink report. Within the country, Bengaluru, Delhi NCR and Mumbai were ranked one of the top 20 promising startup hubs across the globe.

This growth of India’s startup ecosystem is evident from fundraisings that occurred in the first quarter of 2022. According to an Inc42 report, Indian startups raised $14.3 Bn in the first four months of 2022, which is over 2X in comparison to $7.33 Bn raised in Q1 CY2021.

In Q1 CY22, fundraising deals grew by 1.8X to 658 as compared to 378 funding deals recorded in the same period last year. In January this year, startups cumulatively raised $4.6 Bn while in February, the total funding declined to $3.8 Bn.

In the months following, fundraising activities kept declining owing to various external and internal factors such as impending recession, funding winter, and the impact of the Russia war.

Fintech app ARTH raising $2.5 Mn, Siply securing $19 Mn and banking app mewt are some of the early-stage startups that have raised money lately.