Is TikTok Looking To Clean Up Its Image With Push For #EduTok Educational Videos?

Is TikTok Looking To Clean Up Its Image With Push For #EduTok Educational Videos?

What kind of educational content will #EduTok show to TikTok’s legion of users? 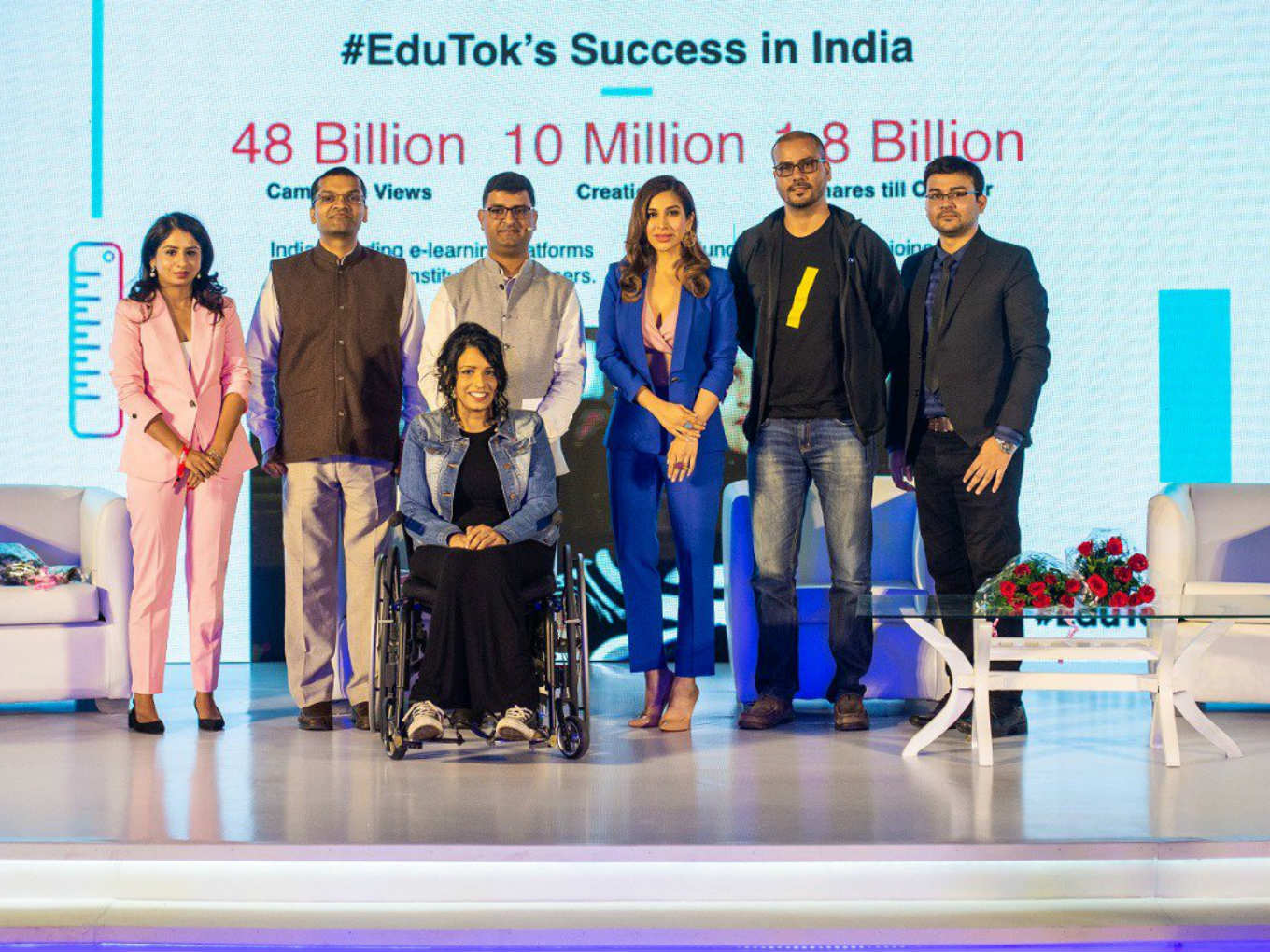 ByteDance-owned short video platform TikTok has been talk of the town. It has been under government scrutiny and even Facebook CEO Mark Zuckerberg has accepted that it’s grown bigger than Instagram in India.

The latest buzz came with the official launch of its #EduTok programme. The company defines it as a “multi-phased integrated initiative aligned with the wider objective of democratising learning for the Indian digital community on the platform.”

In simple terms, this is an attempt to popularise bite-sized e-learning content across India, through the virality of TikTok videos. The topics being covered range from subjective educational lessons through edtech platforms to videos that offer tips on health and mental awareness, and motivational talks.

The company said that since its launch this summer, over 10 Mn pieces of content have been created and shared using the #EduTok hashtag. These have garnered 48.7 Bn views and have been shared 1.8 Bn times on TikTok, the company claimed. TikTok currently has a user base of around 200 Mn in India, of which 120 Mn are monthly active users.

Nitin Saluja, director, public policy, TikTok India said #EduTok has enabled an active exchange of knowledge and skills among the user base, which has increased consumption of educational content online.

The #EduTok programme is TikTok’s effort in bringing innovation in the education industry by democratising learning.

TikTok said it has partnered with social enterprises, Josh Talks and The/Nudge Foundation, to launch a mentorship programme for creators. It looks to support first-time internet users by sharing educational content created by TikTok creators and educational organisations, instead of viral memes or music video.

As part of the plan, Josh Talks will organise 25 #EduTok workshops. It will shortlist 5K TikTok creators to attend a hands-on learning workshop conducted by existing #EduTok creators.

The company plans to accommodate up to 200 users in each workshop, conducted in the regional languages with content around motivation, language skills, health and fitness, respectively.

In an event held on Thursday (October 17), TikTok highlighted and discussed the relevance of learning in the age of smartphones. The panelists talked about the current landscape, different formats in education, benefits of online learning, the flexibility that comes along with online learning and how this shift is helping mentors in reaching students at the grassroot level.

As part of the programme, TikTok said it has partnered with educational technology companies such as Toppr, Made Easy and GradeUp to deliver subject-focussed content for the platform.

Gunjan Taneja, a fitness creator on TikTok said, “Campaigns such as #EduTok shine a spotlight on how one should never give up the quest to learn and how one can succeed if they have the grit and determination to work towards their goals.”

Prior to this in September, TikTok said it has partnered with Vedantu, Vidya Guru, Hello English, CETKing and Testbook to promote e-learning on the platform. During the event, Nitin Saluja, director, public policy, TikTok India said that company has seen 128% increase in educational content over the past two months.

What Can Viewers Learn From Short-Form Educational Videos?

In 2019, influencer marketing is one of the major growth areas in marketing and advertising as brands try to leverage the personal relationships that creators have built with users and the viral content.

Talking to Inc42, Akshay Chaturvedi, CEO, LeverageEdu said, “I am personally a TikTok fan, and we have used the platform, specially the #EduTok hack, to reach out to a wide range of new Gen Z users, talking about varied career and higher ed options – the numbers continue to blow us away, and we are aggressively looking at going long on it.”

With #EduTok, TikTok is further creating a niche market for educators, enabling TED Talks-like motivation, promoting positive influence as well as content creation across sectors. Currently, one of the most popular ways of promoting video content has been IGTV i.e. Instagram TV. Several influencers as well creators have been making bite-sized videos to engage with audience and provide relatable content.

As TikTok tries to engage with these users as well as creators, the company is creating a new market of opportunity for promotional content.

TikTok In India: Will #EduTok Save It From Govt?

TikTok had previously gained media attention for its infamous ban issued by the Madras High Court, one that was lifted 20 days later. The ban was issued on the grounds that the app encouraged the sharing of pornography and obscenity.

TikTok appealed against the ban, stating that it violated the right to free speech and expression. It later upgraded its usage policies to make the app safer for users, removing over six million videos that violated community guidelines and also introducing an age-gate feature banning users under the age of 13.

Prime Minister’s office had also inquired about TikTok from the ministry of electronics and IT (MeitY) after several Member of Parliament (MPs) raised global controversy the app was involved in and accused it of sharing fake news. The Swadeshi Jagran Manch (SJM), which is affiliated with the Rashtriya Swayamsevak Sangh (RSS), had also raised the same issue with the PM.

In July, Meity had issued a notice to Tiktok. The department had also attached a list of 21 questions and threatened to ban the app if the company did not send an appropriate response. MeitY had then said that the platform was in compliance with Indian regulations. However, the PMO asked the ministry to keep a close watch on the platform.