Is Net Regulation The Reincarnation Of Section 66A In A New Avatar?

Is Net Regulation The Reincarnation Of Section 66A In A New Avatar? 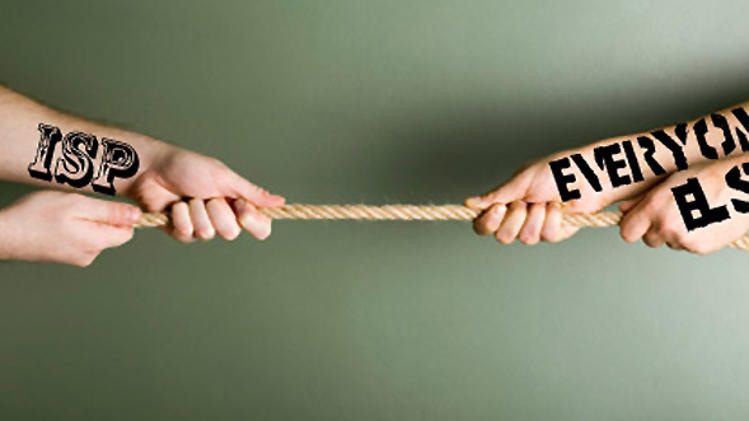 The vital foundation on which the Indian Constitution stands is in the citizen’s ‘freedom to speech and expression,’ article 19 (1a). With the regulatory bodies widely abusing Section 66A, the law was a slap on the face of liberty and freedom of expression, the two fundamental pillars of our democracy. Last week when news surfaced of ‘Net Neutrality’, there was pandemonium across the nation. The questions prowling among thousands, is net regulation an implementation of Section 66A in a new avatar and will it curb our freedom of speech and knowledge?

While the present internet is a giant buffet operative on an all you-can-eat method, it will turn into a shopping mall with different rates for different objects with net regulation.

To simplify, net neutrality signifies that all data and websites are treated and charged equally. Sans the fancy jargons, net neutrality is based on the same idea as telephones work. You pick up the receiver, dial a number and connect to the person at the other end. Are your calls blocked? No! Is your connection to a particular number deliberately delayed? No! Most countries across the globe have rules that insist telecom operators to provide unfiltered, unrestricted phone service and that’s how it has been since the dawn of the 20th century.

Now, when the internet took off in ’80s-’90s, since most telecom operators were also Internet Service Providers (ISPs), the same principles on which a telephone functioned were adhered to! When a web user connects to a website, he gets the same speed in all the sites open on his browser, be that a YouTube video or Facebook images.

Did you know that the telecommunication giants are the exclusive 1% who dominates 90% of the world’s wealth? And now they want more! This doesn’t look attractive, does it? Just imagine if this episode were to play in India! With more than 2, 00, 00,000 Indians staying away from home, communication conduits are limited to instant messaging apps like WhatsApp and VoIP solutions like Skype. If such services are paid prioritized, it will be a bolt from the blue for the economy.

How Will Net Neutrality affect you?

Didn’t the idea of the internet emerge from the concept of freedom? It’s only when you have access to free knowledge and freedom to share you are growing multifold.

When control rests in the hands of one – there is monopoly and crony capitalism. With that control in hand, the monopolist can raise prices high enough to bleed the general public. But, if neutrality is in play, competition will be encouraged and consumers, you will get options of choosing better products and services at lower costs.

Knowledge – No matter who you are, an ordinary Joe or the President of a country, freedom of the internet provides us the power to access knowledge via the internet from anywhere across the world.

Choice – Web users are free to browse any websites or service they desire, be that to read Holy Scriptures or watch pornography! ISPs are not concerned about the kind of information that flows through their servers. Well, don’t you think this is the sole reason why the internet you see today has matured into a global phenomenon? Three words – Freedom of Expression!

Equality – Net neutrality has provided a level playing field. All content is delivered to the user at the same speed without any bias. You don’t need to shell out a bundle of cash to build a website or connections. Once hosted, you are good to go and if your service is good, you will be flooded by web users. Very clear offspring – Google, Facebook, Twitter and scores of others!

What’s The Uproar All About?

How about this? Without net neutrality, the internet as we know it will not exist. Brutal enough?

So what the Apex Court presented to us by striking down Section 66A of the Indian Information Technology Act, 2000 will disintegrate. If there is no net neutrality, ISPs will have the supremacy, needless to say proclivity to be able to shape internet traffic so that they can extract additional paybacks from it. The highest paying customer could access anything and everything on the web while the lowest paying customer gets to see only what the internet provider is promoting!

Currently over 2 lakh people have emailed India’s telecom regulator TRAI to share their views on net neutrality via SaveTheInternet.in, a website setup by a group working to spread awareness about the same in India.

Our Next Big Challenge…Does The Scene Look Murky For Startups!

The magnificence of free internet is that anyone with a computer with internet connection and an incredible idea can start a business and make an impact on the world. This is rather apparent with the remarkable startup sector flourish that the world is witnessing. Limiting the internet will spell doom for this innovation. So, big companies like Google may pay more to make access to Youtube or Google+ faster but a startup on the same lines may just shut shop, thanks to dearth of funds.

In the wake of Airtel and ecommerce giant Flipkart striking deals to offer free access to its apps while the app developer pays the data charges, start-up companies and investors say they are in a ‘disadvantageous’ position.

“These schemes will be disadvantageous to start-ups who will have to pay the distributor to offer their apps on the platform and this will lead to monopolization by a few and squeeze out the small companies. Since the government has issued licenses to operators to offer the service, they should not misuse it. The internet is a service that should be equally accessible by all.” – Mahesh Murthy, Managing Partner, Seedfund.

Where Does India Stand On Net Neutrality When Compared To Other Nations?

So, while we are still trying to make net neutrality a law, there are several countries which have already taken the plunge.

USA passed Net Neutrality as a law in February this year in January 2014. A federal appeals court struck down the Federal Communications Commission (FCC) in 2010 which had introduced strong Net Neutrality protections preventing internet service providers from blocking websites or imposing limits on users. Other countries are Chile, The Netherlands and Brazil.

So are you ready to hand over the key of your house to a stranger who is going to walk in and decide which room you should use and which you shouldn’t? OR It’s your house and you are at the helm of decision making? Think about it! A free internet V/S bureaucracy and control? You decide!