IPRs For Technologies Developed In Karnataka Getting Registered In Other Places: IT Minister 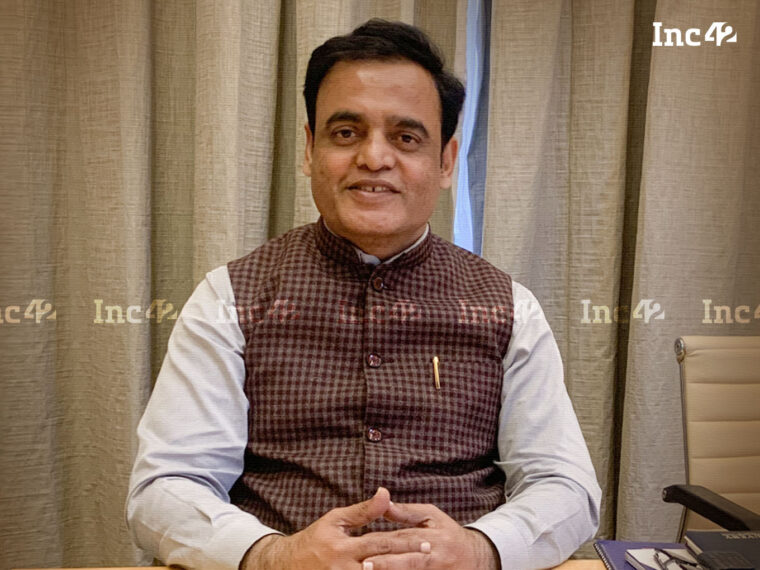 The Karnataka government is encouraging startups and companies to develop IPRs, and more IPRs can be expected to come from the state in the coming days: Ashwath Narayan

At a separate event, AICRA President Rajkumar Sharma said that a centre of excellence for AI will be set up in Bengaluru with a corpus fund of 100 Cr for promoting new-age startups

While Bengaluru has emerged as the convergence area for talent across the country, with a large amount of investment flowing in for startups and technology companies, more Intellectual Property Rights (IPRs) need to be developed in the state, Karnataka’s IT & Education Minister Ashwath Narayan said.

Speaking to Inc42 during a curtain-raiser event for the Bengaluru Tech Summit 2022 on Wednesday (June 8), Narayan said that Karnataka is currently building and developing technologies, but they are getting registered for IPR elsewhere.

“In days to come, we expect more IPRs to be developed here,” Narayan said, adding that the state government is encouraging businesses to do so.

Talking about how the Karnataka government is enabling the growth of the startup ecosystem beyond its capital city Bengaluru, Narayan highlighted the Karnataka Digital Economy Mission (KDEM) which is identifying and building technology clusters in the state beyond Bengaluru.

In November last year, the KDEM launched the ‘Beyond Bengaluru Startup Grid’ with an aim to tap startups beyond the city and include clusters of Mysuru, Mangalore, and Hubli.

Meanwhile, the Global Innovation Alliance (GIA) conference, which was being conducted as part of the event, saw participation from several delegates representing countries such as Germany, Canada, Switzerland, Denmark, Australia, Japan and more.

GIA, launched in 2017, is an initiative of the Karnataka government to forge partnerships with the world’s leading tech nations.

The representatives shared an overview of the participation expected at the Bengaluru Tech Summit 2022, which is set to be held in November. The common theme of interest was India’s sustainability business, especially the scope of growth in the electric mobility segment.

Separately, on Wednesday, Rajkumar Sharma, president of the All India Council for Robotics and Automation (AICRA), spoke about setting up a centre of excellence for artificial intelligence (AI) in Bengaluru with a corpus fund of 100 Cr for promoting new-age startups. He was speaking at the India First Tech startup conclave and awards 2022.

Speaking at this event, Narayan talked about the Centre’s initiatives for the startup sector’s growth and the Karnataka government’s efforts to complement the schemes of the Union government.

“Today 55% of the total value of startups in India is from Bengaluru. Karnataka was also the first to adopt the New Education Policy as the state firmly believes that skilled manpower is the most important resource for creating a future of growth and sustainability,” Narayan said.

Last week, Karnataka Chief Minister Basavaraj Bommai said that the state competes with the United States’ Silicon Valley when it comes to startups.

As per government data, India got the highest annual Foreign Direct Investment (FDI) inflow of $83.57 Bn in FY22. Karnataka was the top recipient, receiving 38% of the total FDI equity inflow in the country.

A majority of the FDI inflow in Karnataka was in the sectors of computer software and hardware, automobile industry, and education during the year.