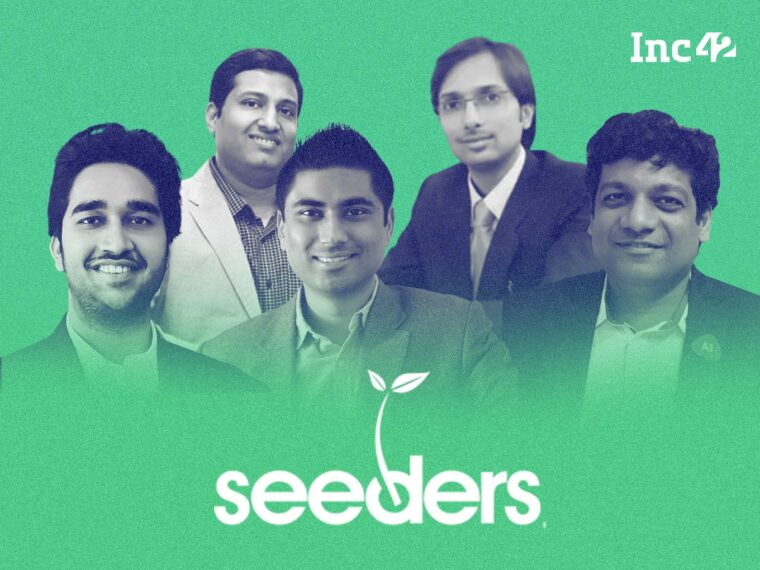 The syndicate invested INR 32 Cr in 15 startups in FY22, evaluated 827 deals and onboarded more than 380 co-investors

Although a global pandemic raged over the past two years and brought the economy to a near-standstill, the startup ecosystem in India quickly bounced back after the loss of lives and livelihoods during the Covid-19 waves and the nationwide lockdowns.

In fact, the sector’s outlook was significantly boosted by a dramatic rise in early stage funding in 2021. According to an Inc42 report, the seed stage deal count rose nearly 80% last year compared to 2020, while early stage startups raised $1.1 Bn in funding, with an average ticket size of $2.3 Mn.

The growth prospects of Indian startups have led more investors to join the fray and grab a piece of the pie. Even big venture capital firms have followed suit and placed their bets on fledgling startups. But in spite of the funding rush from all quarters, the emergence of micro-VC funds as a suitable funding instrument for startups and small businesses has turned out to be a significant trend.

The year 2021 saw the launch of micro-VC funds such as Artha Venture that raised $28.8 Mn. Another homegrown micro-VC Speciale Invest also raised $18.4 Mn in April last year for its second fund to invest primarily in deeptech startups. But amid all active and prominent micro-VCs, Kolkata-based Seeders underwent the biggest transformation as its founders, earlier operating as angel investors, launched an investment syndicate.

Seeders invested INR 32 Cr in 15 startups in FY2021-22 and claimed to have evaluated 827 deals and onboarded more than 380 co-investors. The syndicate invests in 10 broad segments, including fintech, blockchain, enterprise SaaS, D2C, deeptech, spacetech and metaverse, among others. It plans to add 20-24 startups to its portfolio by the end of FY23 and will participate in more funding rounds to diversify its portfolio.

Incidentally, syndicates allow individual investors to fund startups alongside experienced angels and VCs. Put simply, a syndicate acts like a fund pooled from several investors to make multiple investments. Essentially, the syndicate lead (the lead investor) will put the money in a mini fund of sorts, and the approved backers of that syndicate will then pump money into the fund.

The syndicate was set up in April 2021 by a group of five – Abhishek Rungta, CEO of Indus Net Technologies; FusionCharts’ founder Pallav Nadhani; Srish Agrawal, founder of A1 Future Technologies; Refeel Cartridge CEO Alkesh Agarwal and AmbujaNeotia group director Parthiv Neotia. Rungta serves as the chief gardener (partner) at Seeders, while Nadhani is the managing partner of the syndicate.

Seeders initially scout for prospective startups, and the cofounders put their money into the companies they have finalised. Eventually, co-investors can fund these startups after gauging their investment worthiness.

Speaking to Inc42, cofounder Alkesh Agarwal said that they were a bunch of Kolkata lads who had known each other since 2000.

“We invested together and would reach out to each other for support. But when Covid-19 struck, we had the time to sit down and formalised the syndicate,” Agarwal said.

As all of them work in widely diversified fields such as tech, retail, construction and branding, Seeders has gained a deep insight into a wide variety of industry segments, said Alkesh.

“This experience of operating in different fields, coupled with our presence in the early stage funding arena, gives us an edge over others. Traditional investors are also looking at startup funding, and all they need is trust. People like us bring that trust factor (needed for startup funding).”

Long before the syndicate was up, the five were investing in early stage startups in their personal capacity. It all started in 2009, and the cofounders have funded more than 200 startups since then. Next they decided to invest their own money to get Seeders off the ground and onboarded a slew of co-investors in the past 12 months.

Speaking to Inc42, Alkesh said that many of these startups had already raised their next round of funding, and others had witnessed a sharp uptick in markups (the difference between product/service cost and selling price). For instance, Mahila Money, its women-centric neobank, saw its markup soar by 3x, while other startups such as Sanfe and Metadome saw a 1.8x and a 1.5x rise, respectively.

Shedding light on Seeders’ first year of operations, Alkesh said, “We got great deals in FY22 and achieved great markups. We invested in sustainable businesses and leveraged our experience of investing in early stage startups.”

Around 37% of the syndicate’s total deployed investment (INR 32 Cr) went to seed stage funding, followed by pre-Series A rounds that grabbed 31% of the total investment. In addition, Seeders also cliched deals in pre-seed and pre-Series B stages.

Location-wise, Seeders invested in startups from Bengaluru and Gurugram, as well as other smaller cities such as Bhiwani and Aurangabad, said Alkesh. The fund also backed startups located in the US and Singapore.

He also claimed that the average deal size offered by Seeders ranged between $100K and $350K, adding that the syndicate planned to increase the amount in the coming years. “We currently want to keep building the syndicate. We may venture out and launch a fund later. But at this point, we want to focus on Seeders,” he added.

In an earlier interview with Inc42, Alkesh Agarwal said that the syndicate was looking to back 20-24 startups by FY22. However, it could only manage 15 deals last year. Seeders has set the same target for the current financial year, wants to diversify its portfolio and add more startups to its portfolio.

Elaborating on Seeders’ plans, Alkesh said that the syndicate would be there for the long haul and stay “committed to high-octane and futuristic deals”. It would also onboard long-term partners to realise these goals.

“Building a startup takes a long time, sometimes five to eight years. So, we don’t want to invest in these startups for quick exits. We want to scale them and use their work on them accordingly for the long haul,” he said.

The syndicate has not made any exits so far and has put a specific focus on scaling up its bottom line. The syndicate says that it has legacy advantages by its side which can enable it to ramp up its investments accordingly. Along with that, Seeders also looks keen to bring in long term partners to fuel its growth.

However, he was concerned about the ‘mushrooming’ of syndicates in the past few years and expected more consolidations for the industry to stay competitive. Another critical area should be due diligence to choose the right startups for funding and thus create trust among investors.