Investment Syndicate Seeders To Back 24 Early Stage Startups By FY22

Investment Syndicate Seeders To Back 24 Early Stage Startups By FY22 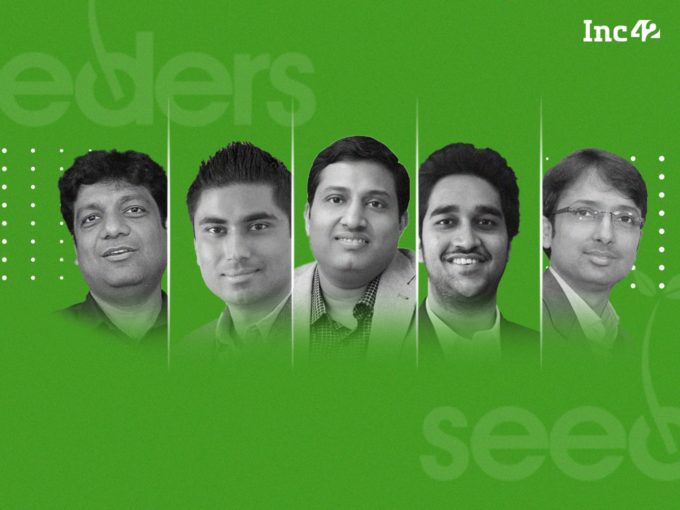 In the past year, micro VC firms have become a suitable form of funding for small businesses and startups. Seeking initial capital investment in their early stages of growth, in 2020, early-stage startups raised $403 Mn at the seed stage — nearly double the $255 Mn in 2019. In 2021, the Indian startup ecosystem recorded about 532 deals ($808 Mn) in the seed stage.

While on one hand, early stage-focussed micro VC funds are becoming more and more popular in the Indian startup ecosystem, syndicates are becoming increasingly common, too. One such platform, Seeders marks a journey of its founders from being angel investors in individual capacities to launching the investment syndicate.

Other prominent early-stage funds include Sequoia India’s Surge with a $100 Mn corpus, ISB alumni’s Atrium Angels with flexible cheques of INR 25 L and INR 2 Cr per investment, Gemba Capital with $10 Mn fund size, among others.

A Look At What Are Syndicates

Syndicates allow investors to invest in startups alongside experienced VCs and Angels. In simple words, a syndicate acts like a fund pooled from several investors to make a single investment.

Essentially, the syndicate lead (or the lead investor) will put their money in a mini fund of sorts and then approved backers of that syndicate will pump money into the fund. Everyone in the syndicate gets a pie of profits from that fund at the time of exit according to the percentage of equity they pick in the startup.

So syndicates not only enable more angels to participate in funding by getting access to top deals but work in a similar way as a VC fund. As a win-win for all types of angel investors, it gives the experienced early-stage investors more spending potential and allows those with less experience to join them to put money into promising early-stage companies.

Seeders’ founders come from a vast angel investment background — over $4.2 Mn invested across 100+ startups — to make pre-seed and seed investments beginning with 24 startups a year — nearly 2 every month.

Moving forward, the syndicate plans to 20x its investments by increasing its ticket size from INR 5 – 15 Lakhs to INR 1 – 2 Cr per deal. The sector-agnostic syndicate will enable non-savvy traditional investors to co-invest in smaller cheque sizes — typically more than INR 5 Lakhs, Alkesh added. For startups, apart from funds, it will also offer mentorship, guidance and industry connections.

How Does Seeders Work

According to Alkesh, Seeders chooses to invest in a startup based on three parameters — the founding team and their zeal for innovation, the product-market fit and product intent. It has signed over 100 investors in its syndicate and uses the Lets Venture platform to invest in “fit” startups.

When a startup portfolio signs for a possible investment, it intimates these investors, who can set bids of at least INR 5 Lakhs and get hold of equity when the investment is approved. While the investment platform is Seeders, individual names of the investors as shareholders go in the company filings.

“What sets Seeders apart — for investors — is our skin in the game,” Alkesh stated. “We commit our funds to every startup in Seeders’ portfolio and have had an IRR of at least 30%. For example, we invested $15K (approx INR 11.12 Lakh) in CropIn and exited 72x.”

While the ticket size of investment is similar to a micro VC, Seeders does not have a designated pool, as it is a syndicate. Typically, micro-VC funds have a corpus of less than $30 Mn. They invest in 10-15 pre-seed and seed stages of startups, rarely going to post-seed.

According to a recent report by IVCA, AWS and Praxis Global Alliance, the number of micro-VC funds in India has increased to 88 in 2020 from 29 in 2014.

Overall, India has recorded about $2.6 Bn in investment across 3,559 deals between 2014 and October 2021 in the seed stage. The number of deals at this stage skyrocketed in 2021, with 532 deals recorded till October alone.

The government also unveiled the Startup India Seed Fund of INR 945 Cr ($127.3 Mn) to financially support about 3,600 early-stage startups and 300 incubators. The fund would provide financial assistance for proofs of concept, prototype development, product trials, market entry and commercialisation of products or ideas.