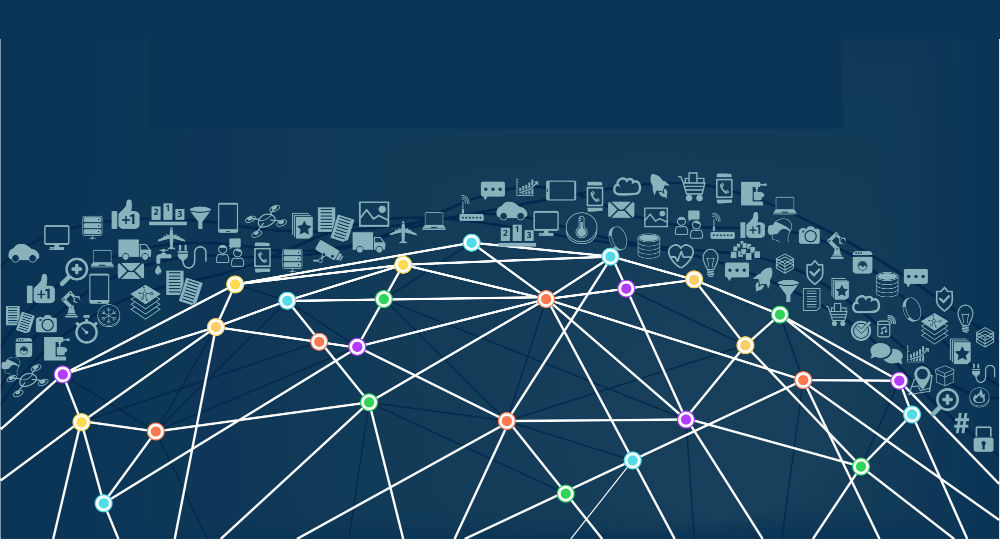 The oracle has spoken!

The 2016 edition Internet Trends report by Mary Meeker, partner at the Silicon Valley venture capital firm Kleiner Perkins Caufield & Byers throws some interesting insights on contemporary Internet growth trends-such as the fact that Internet user growth remains consistent led by acceleration in India, while smartphone user and shipment growth have slowed, app-powered carpooling has become mainstream, and that typical mobile users around the world have about 33 apps installed on their phones but spend 80% of that time in one of three apps: Facebook, Facebook-owned WhatsApp, or Chrome!

Here is a quick look at some of the insights from the report:

Today out of 7 Bn people on the planet, 3 Bn are online. But year-over-year, growth in the number of people connected to the Internet has remained consistently at 9%. The only exception has been India which has posted 40% Y/Y Internet user growth compared to 33% a year ago. 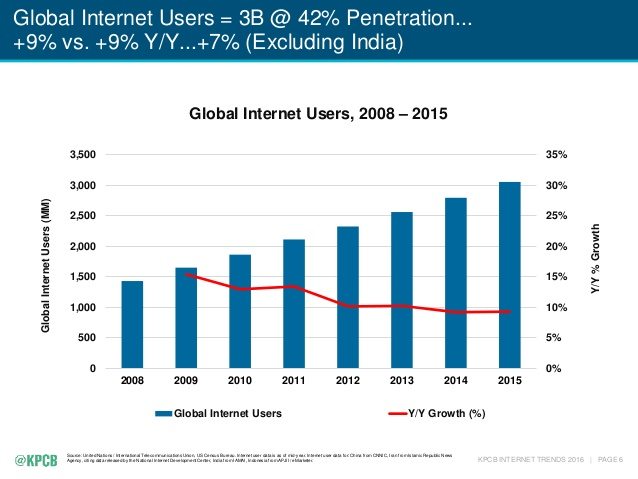 India now has 277 Mn citizens online, and has surpassed US to become the second-largest online population right after China. 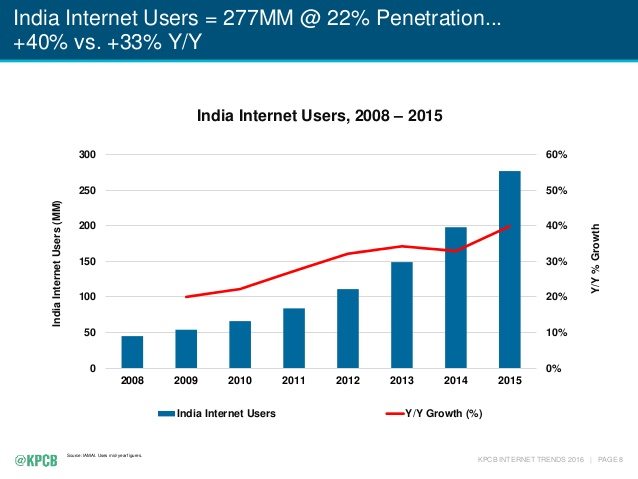 Average Cost of Acquiring A Smartphone In India Is 10.1% Of Per Capita Income

China and India have also grown to become the two largest smartphone markets in the world, powering smartphone sales collectively in the Asia-Pacific region, and capturing 52% of the global smartphone market as of 2015. 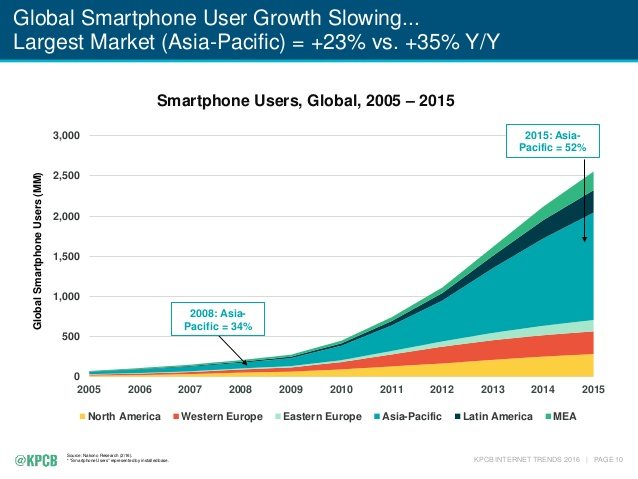 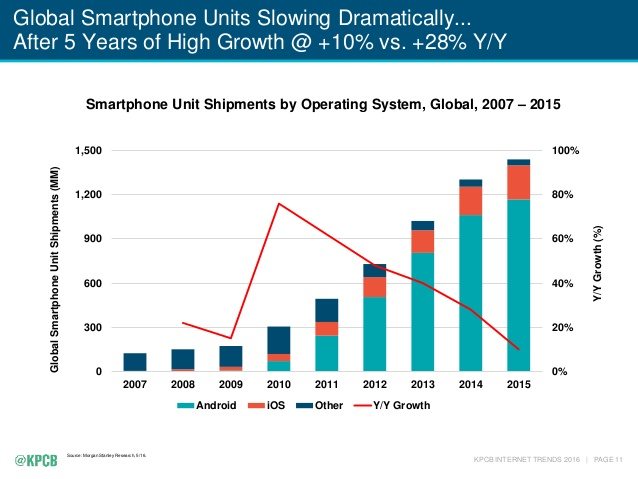 81% of smartphone shipments in 2015 were Android phones while only 16% were iOS.  The graph shows that sales of the iPhone have been slowing, and according to Meeker’s projections, they’ll go into decline by the end of 2016. 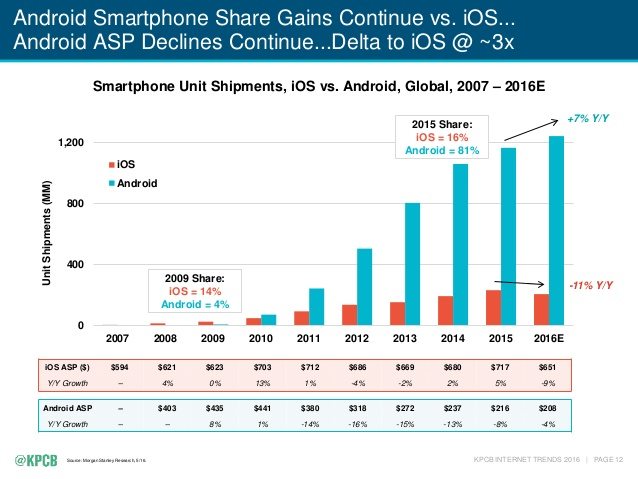 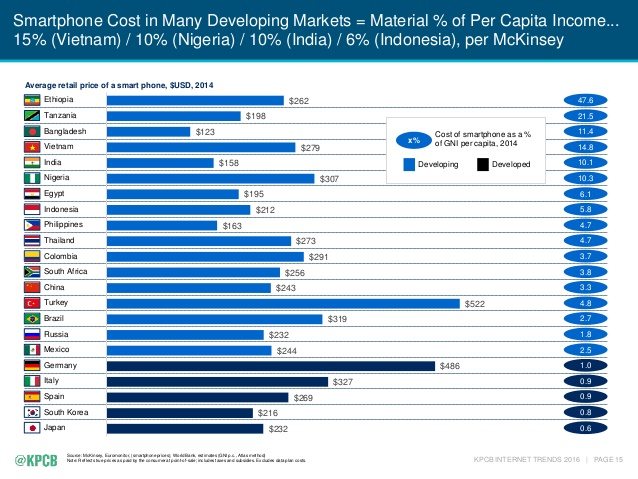 Google And Facebook Make Up 76% of Digital Advertising In US

The World Is Going Visual (Video And Images) In Communication

Voice Will Become Our Choice For Commanding Technology 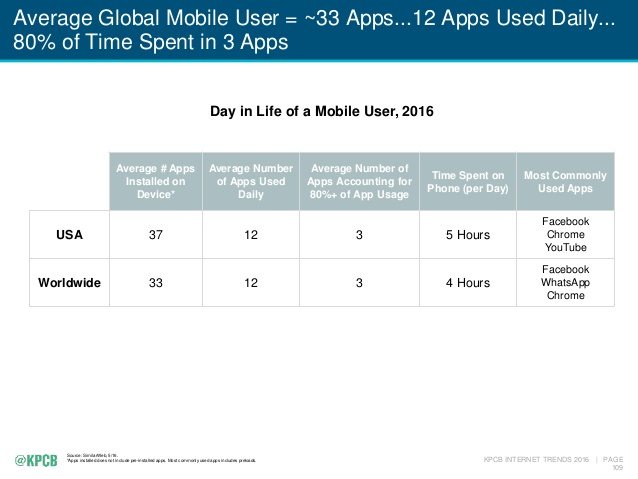 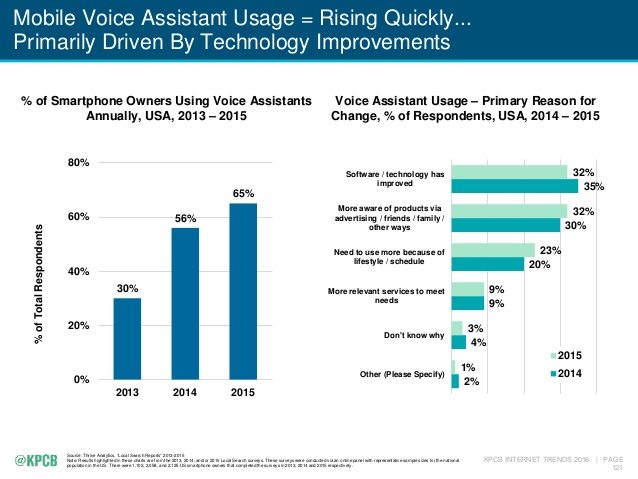 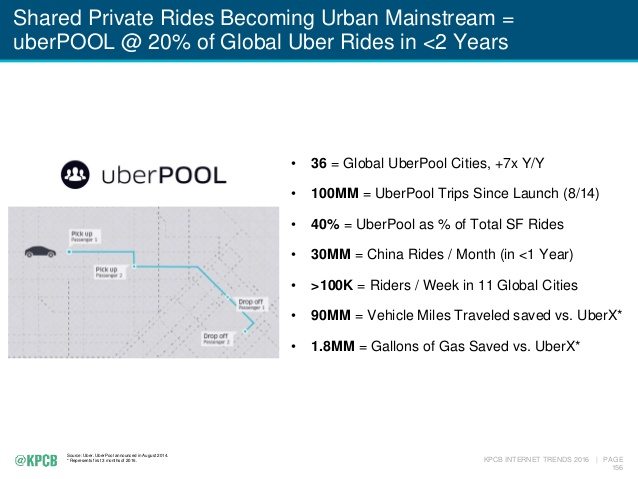 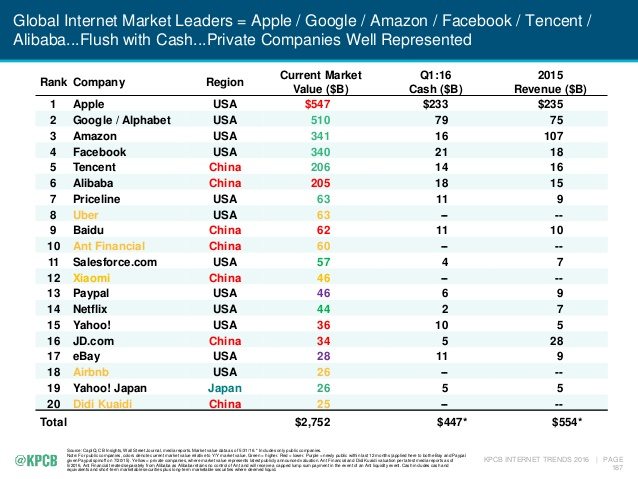