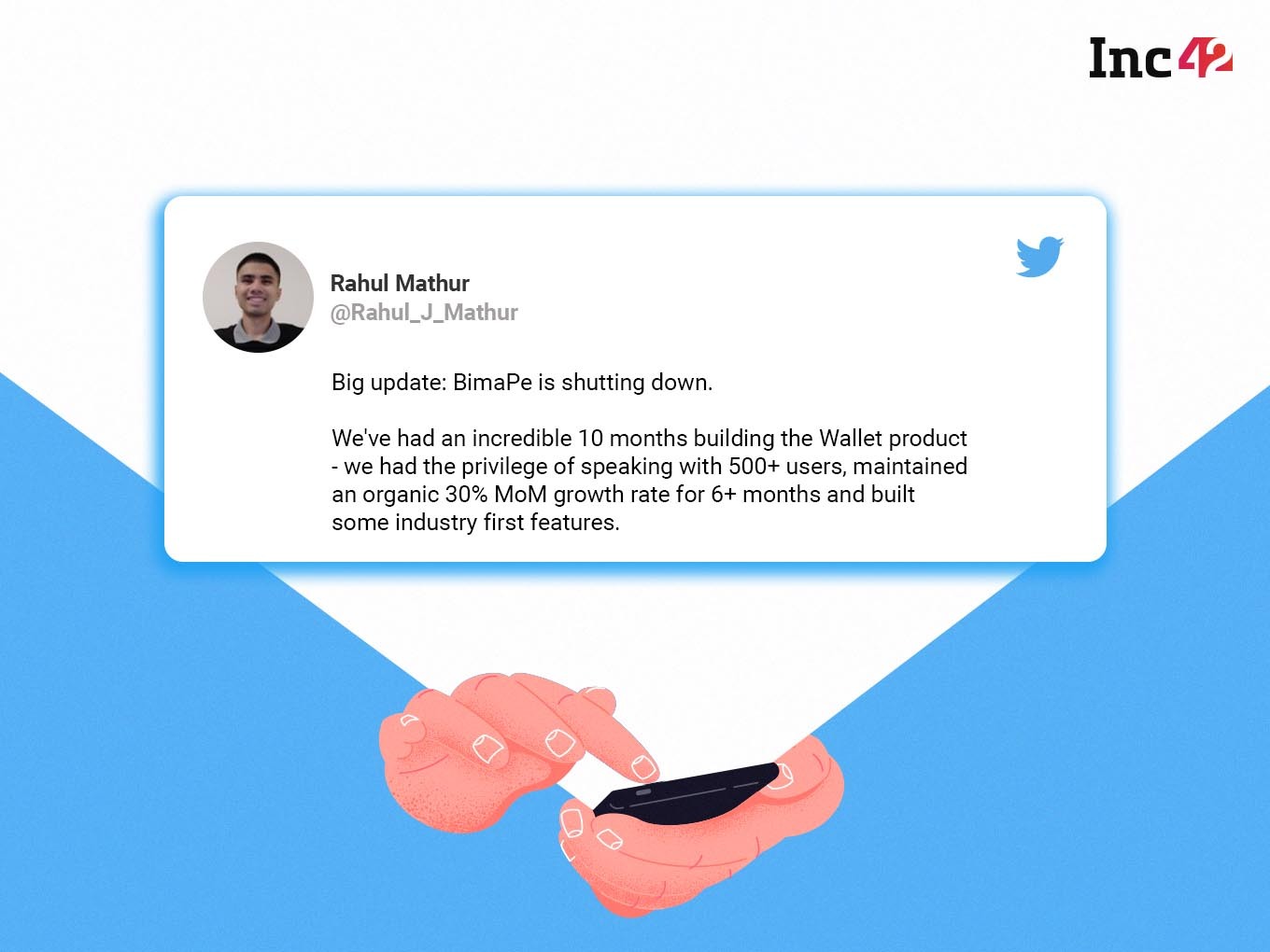 Rahul Mathur, Founder, BimaPe has announced to shut down his nearly a year-old fintech startup BimaPe

Y Combinator-backed fintech startup BimaPe has announced the closing of its business that was launched last year in November. Its Founder Rahul Mathur took to twitter to announce the development, admitting why he has decided to shut down BimaPe.

Mathur said that the startup wasn’t able to reach its market-product fit (PMF) metric it set for itself in 2021 and over a three-month window, it fell short of the targets for its activation, acquisition and revenue metrics despite executing 15 changes (one per week). In addition, he mentioned that the customer feedback was also a reason for closing down the business.

“There are 3 key mistakes we made — we mistook product vision for product strategy, mistook a design problem for an engineering problem and stretched ourselves too thin,” Mathur tweeted.

BimaPe claims it’s product, Wallet, had over 16,000 members, an organic month-over-month growth rate of 30% for the last six months and had some industry-first features.

In terms of the personal identification information (PII) of the users on the platform, Mathur has assured that it will remain secure and not be shared with any third party without explicit consent. Further details on the disposing of PII will be communicated to users directly on their email, he added.

The fintech startup, which was a part of Y Combinator’s winter 2021 chort, had so far raised $545,000 (INR 3.8 Cr) in its Pre-Seed round from investors, including Titian Capital, iSeed and Gemba Capital. The startup competed with the likes of Coverfox and PolicyBazaar.

In addition to announcing the closure of BimaPe, Mathur also announced the launch of his new brand Verak. Although the details of the product are unclear, it will be catering in the insurance tech segment, and under the same legal entity. BimaPe’s existing team has been working on its upcoming product Verak, which is expected to launch in March next year. The funds it raised from Y Combinator, Titan Capital, iSeed and others will be channeled towards its upcoming offering.