The social commerce feature is in beta mode right now 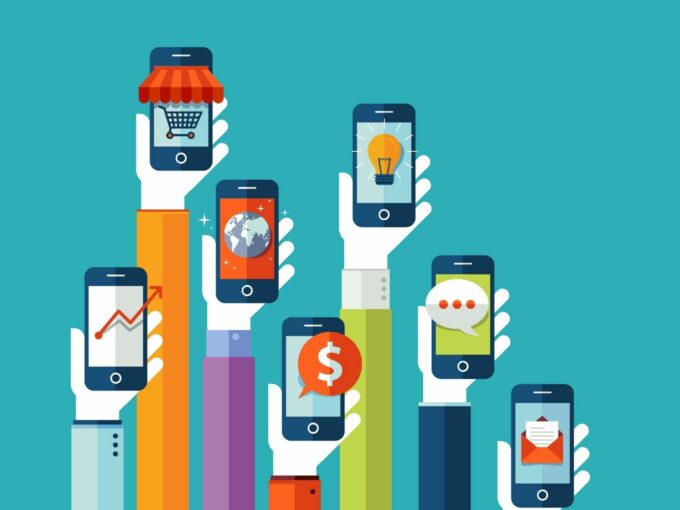 Bengaluru-based fintech company Instamojo, on Tuesday (February 26), has launched its own social commerce platform to tap this burgeoning ecommerce model which has recently picked up in the country.

Under the social commerce platform, a user can earn a commission by becoming a reseller of products listed on the platform. To become a reseller, users have to generate a reseller link of the product and then they can share it to their network. The referral earns a commission once a person buys a product from the shared link.

Announcing the launch, founder of Sampad Swain, in a tweet, said, “We are beta launching reseller network today — Our first of many ideas to drive discovery for our over 1Mn merchants. would love to hear your feedback Folded hands.” 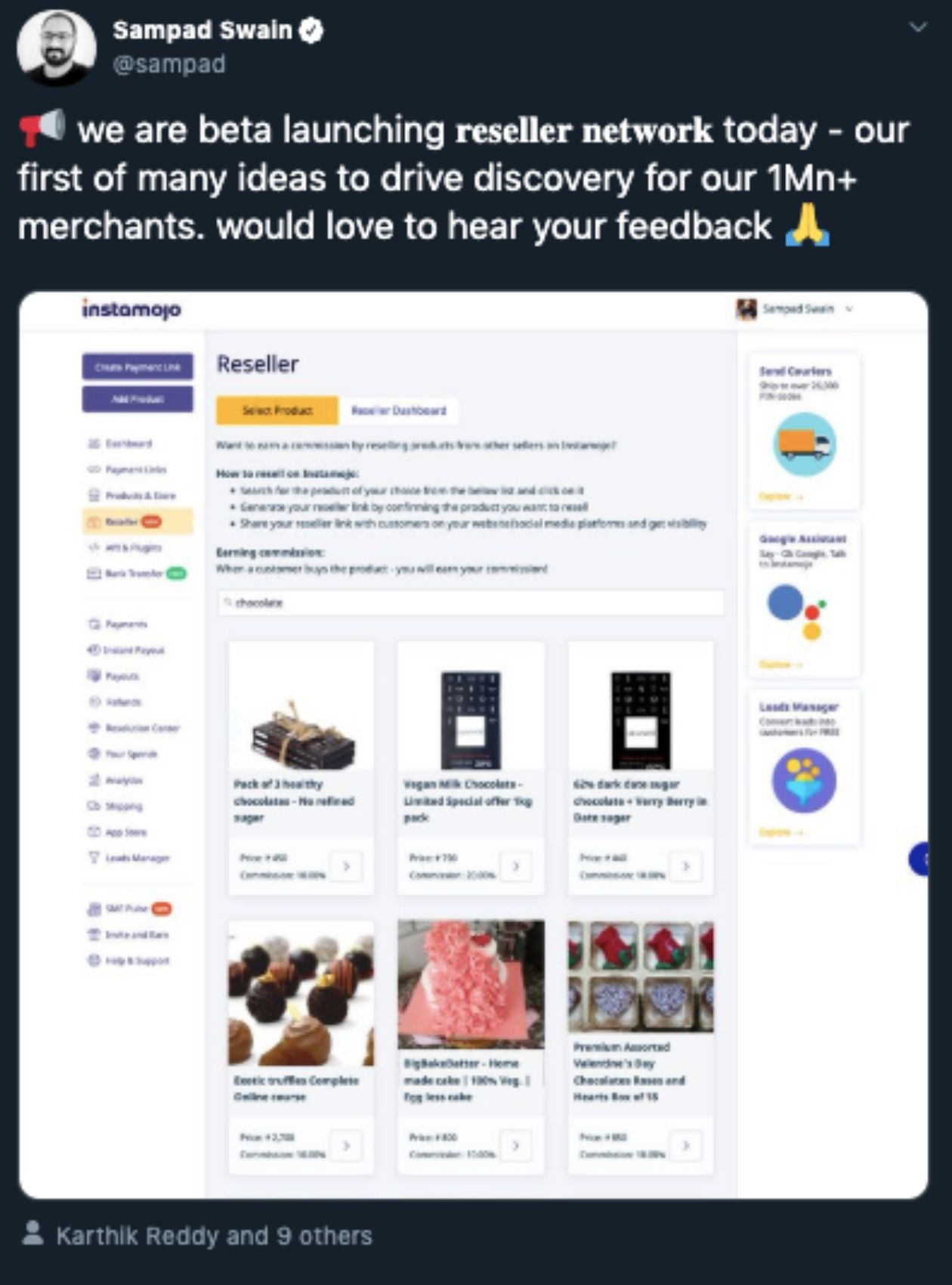 With the launch of a social commerce platform, Instamojo will join the likes of Paytm which also recently launched a similar platform called MyStore on the Paytm for Business app.

Other players which are integrating social commerce models or focussing entirely on this stream of ecommerce include Bengaluru-based Meesho, Shop101, GlowRoad, BulBul, SimSim, among others. Among these startups, Meesho claims to have more than 21K suppliers and 10 Mn resellers across India.

While most of the other social commerce players are betting on fashion and cosmetic products, Instamojo is selling books, FMCG products, spices, household products among others as of now.

Founded in 2012 by Akash Gehani, Aditya Sengupta, and Swain, Instamojo allows users to accept payments using credit and debit cards, wallets and via UPI. It helps merchants create a digital presence and manage the online payments process for their businesses.

Earlier this month, Instamojo has acquired Gurugram-based SaaS startup GetMeAShop which primarily supports SMBs in their journey of adopting technology, especially those SMBs which have no prior experience of using technology or digital tools. With $14 Mn funding till date, Instamojo is backed by Sequoia India’s Rajan Anandan, Sunil Kalra, 500 Startups, Blume Ventures, among others.

Over the last 18 months, the company has been partnering with lending and logistics service providers to deliver reliable services to its registered merchants and make businesses more efficient and cost-effective for both merchants and end-users alike. Further, Instamojo, in August 2018, had launched MojoExpress to provide a logistics solution enabling delivery of products sold on its MojoEcommerce platform. These tie-ups and its own logistics services are expected to help the company with its social commerce plans as well.