Internet handling fees is illegal under the IT Act 2016

A complaint was filed against BookMyShow, Paytm and PVR in March 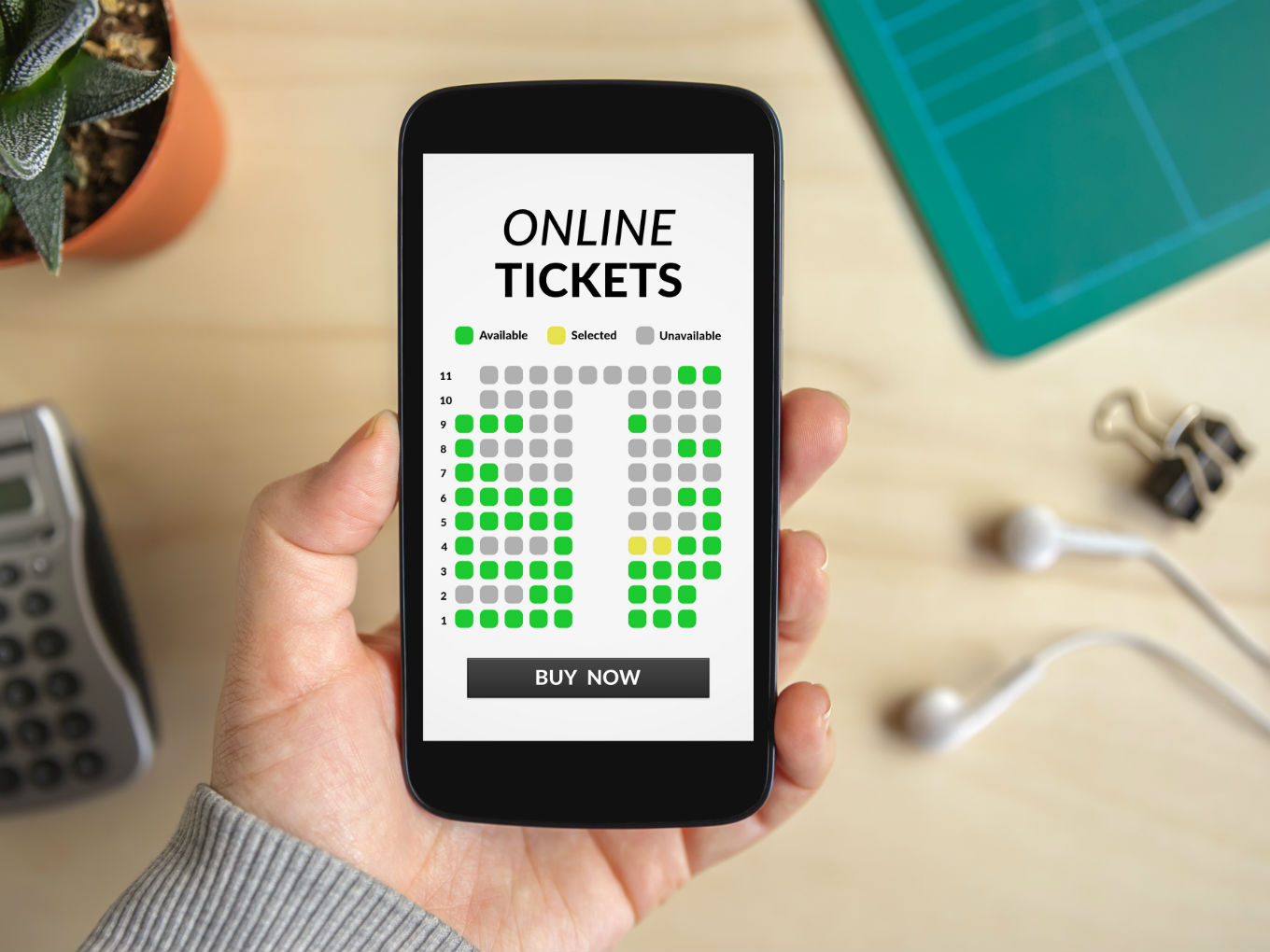 Hyderabad police is examining a complaint against digital payments platform Paytm and movie hall chain INOX for charging internet handling fees, which are illegal under the IT Act 2016.

A media report quoted Avinash Mohanty, Deputy Commissioner of Police (DD) as saying, “The Central Crime Station (CCS) of the Hyderabad police have initiated a preliminary inquiry and will take legal counsel before taking any action.”

A Hyderabad-based activist Vijay Gopal, who also runs Forum Against Corruption, has alleged that the internet handling fee levied on customers is illegal according to the IT Act 2016 and neither has RBI released any notification allowing the same.

The activist says digital service providers such as Paytm, BookMyShow and others don’t have the permission to charge such fees according to 6A (3) section of the IT Act. The Act says that for service providers to collect, retain and appropriate service charges, they would need to take permission from government authorities.

The development was revealed in a Right To Information query filed by Gopal earlier, in which Reserve Bank of India stated that online platforms through which movie tickets are booked, do not hold the authority to levy handling fees from customers. The reply further explains that this is in violation of the RBI’s Merchant Discount Rate (MDR) regulations.

MDR is the cost paid by a merchant to a bank for accepting payment from its customers via credit or debit cards every time a card is used in their stores. This cost, by its definition, has to be borne by the merchant/trader and not the customer.

However, platforms such as BookMyShow, Paytm, INOX and PVR cinemas continue to charge ‘internet handling fee’ from customers, which is in violation of the MDR regulations, and therefore illegal.

Ministry of Electronics and Information Technology (MeitY) has not given permission to any service provider to levy service charge in the form of fees, revealed another RTI.

Following the revelation, Gopal had moved consumer court in Hyderabad against BookMyShow, PVR, and the Department of Information Technology

Earlier, Inc42 had noted that these charges vary from platform to platform. At the time, a BookMyShow spokesperson told us, “We cannot offer any comment on this matter as it is subjudice.”

Now, Gopal has filed complaint against Paytm and INOX and had also filed a grievance with MeitY following which both firms were sent emails with a request to “Kindly look into the matter urgently and resolve it as per RBI and Government guidelines for Digital Payments.”

However, Inc42 noted that INOX continues to charge a convenience fee of INR 37 per seat. 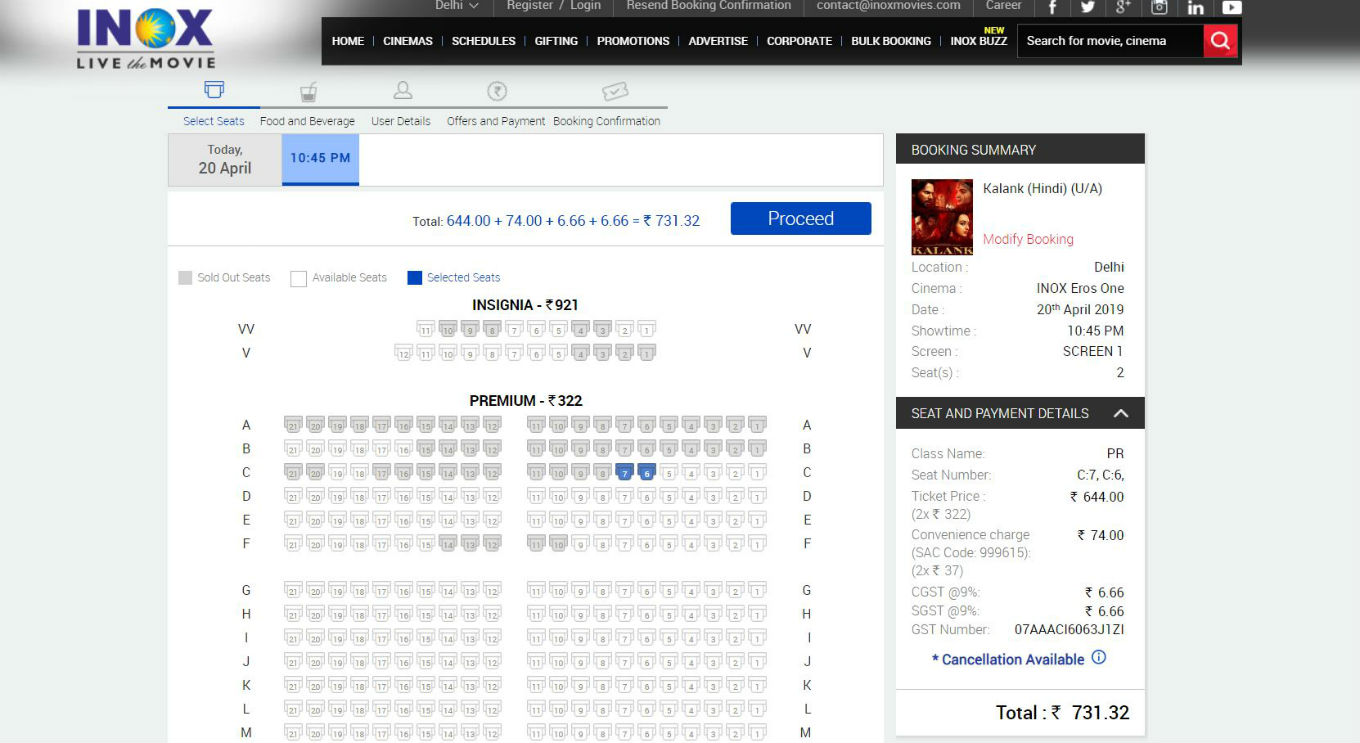 The same continues to be the case for other players such as BookMyShow, Paytm, and PVR Cinemas. 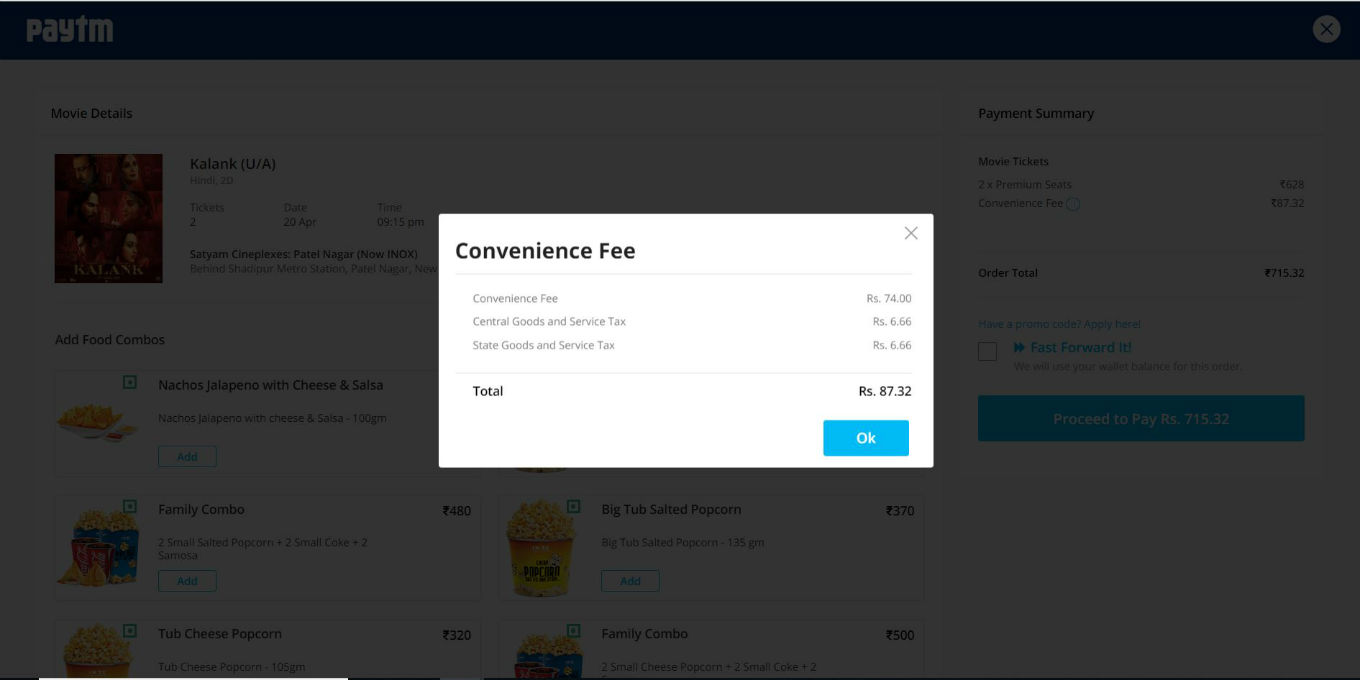 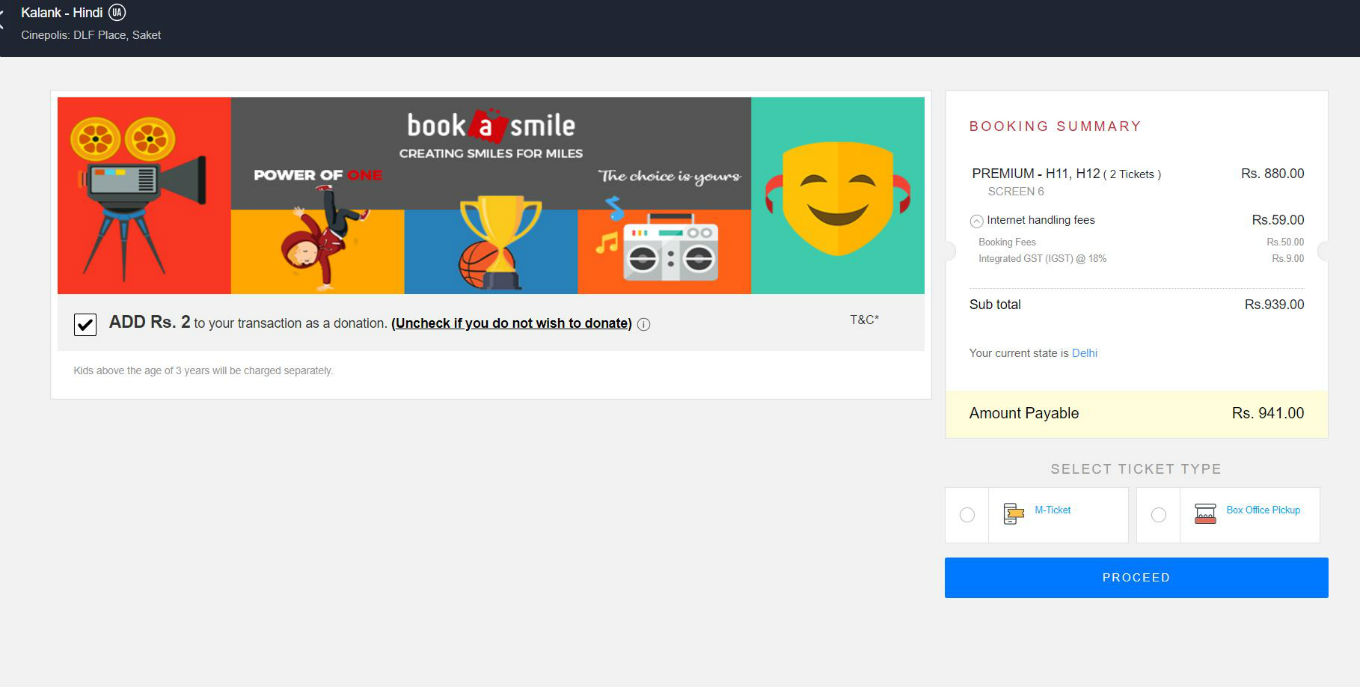 In a tweet, Gopal has said that he is waiting for action from Ministry of Electronics and Information Technology.

An email query sent to Paytm, BookMyShow, PVR and INOX didn’t elicit any response till the time of publication.

In an email response, PVR representative told Inc42: “We would like to bring to your notice that each online transaction has a cost associated with IT, hence the charges apply.”