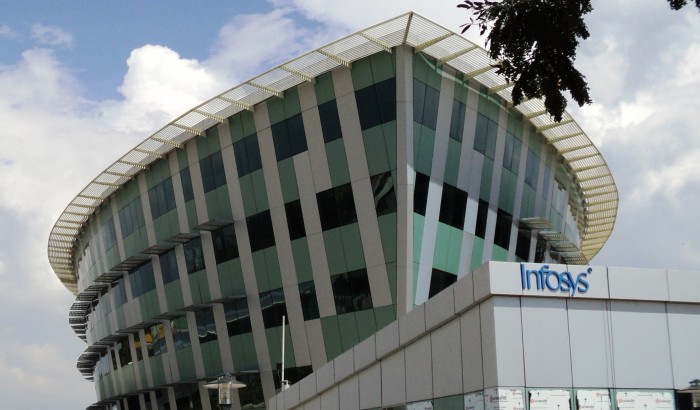 Besides, the company is also finalising an agreement to sign up for software products think-tank iSpirt’s mergers and acquisitions program in order to connect with early-stage product companies tapping India’s evolving software products ecosystem.

The company had announced $250 Mn “Innovate in India Fund” last month with a motive to invest in promising new Indian startups. Yusuf Bashir, who is the newly-appointed head of Infosys’s $500 Mn startup fund had also met  iSpirt’s M&A team to evaluate how to best tap into India’s software product ecosystem.

iSpirt’s M&A connect program has a curated list of nearly 100 early stage software companies under a business exchange program that typically connects large enterprises such as IBM and SAP with early stage startups that are building disruptive software solutions. Companies like IBM, SAP, Intel, Microsoft, Amazon, Google, Flipkart and Salesforce are members of the connect program of iSpirit.

Infosys’ plan to identify, nurture and grow companies engaged in innovative, new, and disruptive technologies focusing on areas such as decision science and artificial intelligence. The IT firm is planning to invest in startups that can help Infosys business, and create future growth areas for global focus.

The company is evaluating the startups with a profile similar to that of enterprise software maker SirionLabs, which develops technology aimed at improving the efficiency of outsourcing contracts.

As per the reports, the discussions are still at a very early stage. Most of the startups that companies like Infosys are looking to tap are incorporated in India, with their founders based out of the Silicon Valley.

Earlier in last year, Infosys had expanded the startup fund by five times to $500 Mn which later was informed that quarter of the fund i.e $250 Mn will be invested in Indian startups. The company had also mentioned that it will be buying mcommerce enabler Kallidus Inc for $120 Mn in an all cash deal.

Earlier, there were reports that Infosys was in talks with a few venture Capital firms like Andreessen Horowitz to make collateral investment in Silicon Valley-based startups.

Over the past two years the company has invested in two startups namely DreamWorks Animation (spin-off) and air purification technology startup AirViz. Looking at the trends, Wipro had also invested $5 Mn in an Oracle cloud applications systems integrator startup, Drivestream.