Noida-based Info Edge (India) Ltd, the parent company of Naukri, Jeevansaathi, Shiksha and 99acres, has announced its financial performance for Q4 FY20 and the annual performance, taking into account the hit caused by Covid-19. 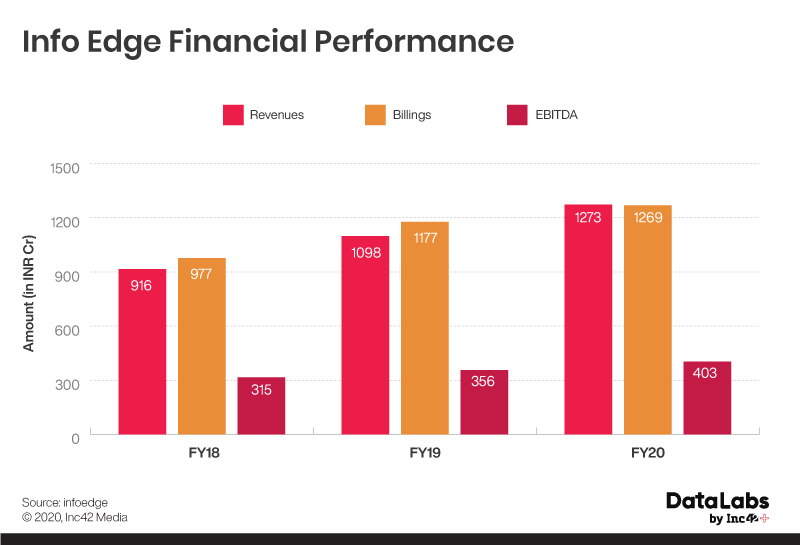 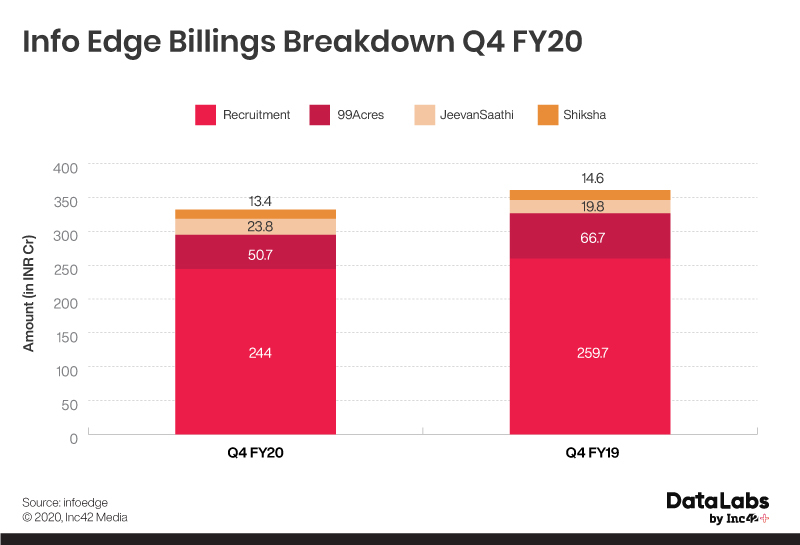 Recognising the impact from Covid-19 across sectors, Oberoi said that in Naukri business the company is speeding up product investments in the recruiter management system, as automation and technology will play a critical role in work from home, remote collaboration and high productivity expectations post-Covid19.

Oberoi informed that the company saw its traffic dip by almost 80% in the month of April in 99acres and 60%-70% dip in Naukri. “Traffic has since then started recovering. We are back to -20%, -15% levels in both Naukri and 99acres,” he added. 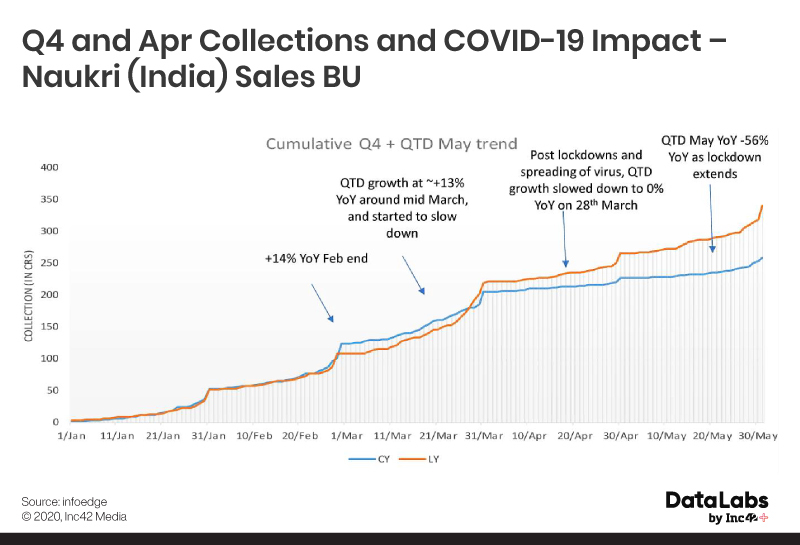 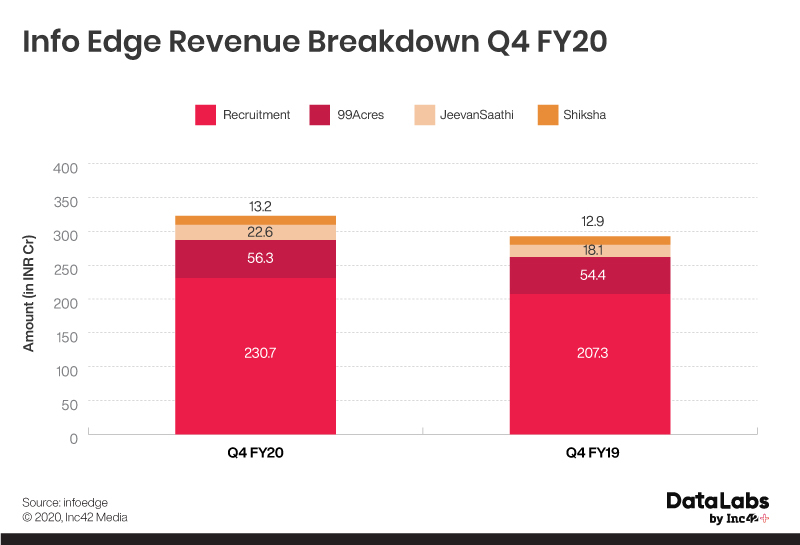 He noted that traffic growth slowed to single digits in Q4 due to the lockdown in the month of March compared to mid-teens growth in Jan and Feb. Oberoi further said that the extended lockdown worsened the sentiment in the industry, which was already reeling under the liquidity issues prior to March, and said that buyer demand is likely to remain muted in both the new home and resale segments for the next three to six months.

He said that billing for Q1 FY21, up to May has declined by INR 20 Cr Y-o-Y. Oberoi noted that traffic is also slowly bouncing back in places like Bengaluru while markets like Mumbai, Pune and Delhi continue to be impacted because of the lockdown and increasing Covid-19 cases in these cities.

“We continue to invest aggressively on improving our core platform experience in this downturn in all our business verticals to come out stronger post the downturn. We are also looking to take appropriate measures to reduce the operating cost of the business without impacting our platform experience or client experiences given the slowdown,” Oberoi added. 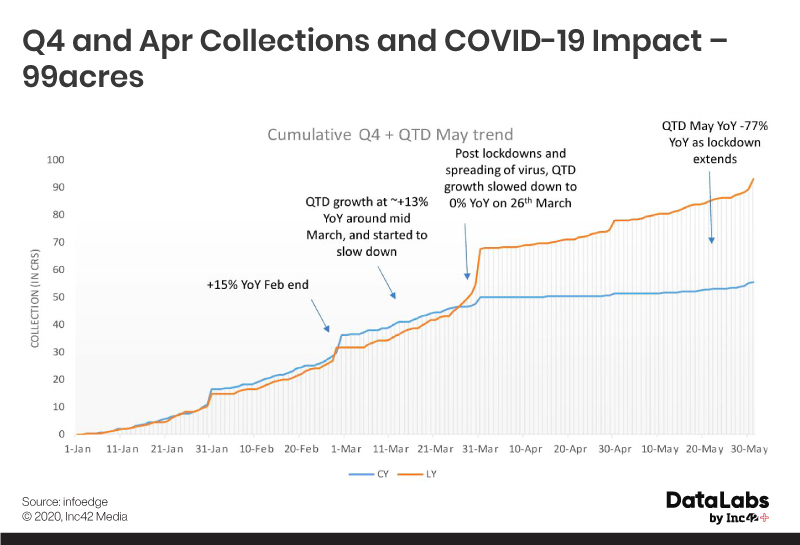 In a yearly basis, FY20 billings grew by 18.4% Y-o-Y to INR 87 Cr and revenue grew to INR 84.7 Cr, an increase of 17% Y-o-Y. The company said that aggressive marketing spends during the quarter, along with improved realizations helped higher sales growth during the year. The company plans to spend considerably more on marketing across all core markets in FY20 – FY21 to strengthen its brand presence and increase its profile acquisition rates.

Aggressive marketing spends during the year alone led to an operating EBITDA loss of INR 63.2 Cr for FY20. The operating loss adjusted stood at INR 65 Cr. 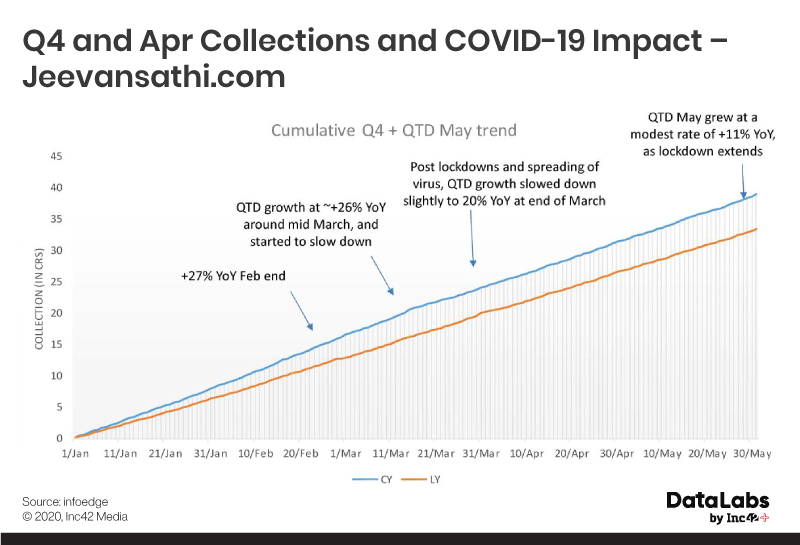 The company will continue to invest in making content comprehensive and more student-friendly to build deep domain expertise in this vertical.