[What The Financials] Indus OS Losses Up By 123% In FY20; Will Demand For Indian Apps Spark Revival?

[What The Financials] Indus OS Losses Up By 123% In FY20; Will Demand For Indian Apps Spark Revival?

Besides Korean smartphone giant Samsung, market intelligence company Affle has invested in IndusOS, having acquired an 8% stake in July this year 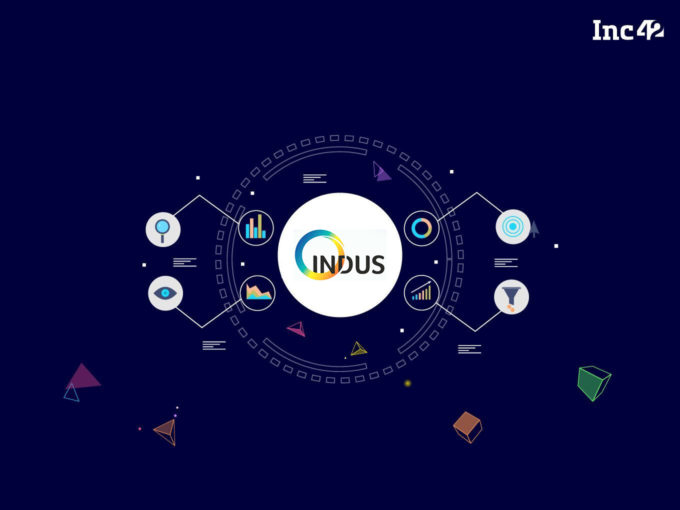 In a market dominated by Google’s Android and Apple’s iOS operating systems (OS), being an Indian company with an indigenous OS is not an easy title to hold. That was something Indus OS realised when it pivoted in 2016 from being an OS to an indigenous app store called Indus App Bazaar,

The App Bazaar was launched with the mission to democratise internet usage with apps in several Indian regional languages. While the company has added more and more partners over the years, even raising a $5.75 Mn investment from South Korean electronics manufacturer Samsung last year in exchange for a 20% stake, it hasn’t been able to turn a profit, as evidenced in the financial performance for the fiscal year 2020 (FY20) ending March 31, 2020.

Of the company’s total revenue for FY20, INR 15.5 Cr came from the sale of its services; advertisement revenue accounted for INR 1.11 Cr; and, INR 0.06 Cr was the company’s commission income.

Despite being in the red, Indus OS cofounder and CEO Rakesh Deshmukh is optimistic about the company’s growth trajectory. In September this year, the company announced that it had turned EBITDA profitable. Elaborating on the same, Deshmukh told Inc42 that financial projections had pegged the breakeven for Indus OS to happen around January 2021. However, the ban on hundreds of Chinese apps amid the anti-China sentiment in India starting July boosted Indus App Bazaar’s prospects and usage numbers.

“The ban on Chinese apps helped drive traffic on Indus App Bazaar, helping it turn operationally profitable ahead of target. Users were looking for alternatives after the ban and we saw a great rise in the number of app installs. Our ARR has touched $10 Mn while revenue has doubled in the last six months,” Deshmukh said.

Indus App Bazaar has over 4 Lakh apps accessible in English and 12 Indian languages including Hindi, Gujarati, Marathi, Tamil, Telugu, Urdu, Odia, Punjabi, Malayalam, Bengali, Assamese and Kannada. Indus OS claims that Indus App Bazaar has processed over 1 Bn app installs to date. In September, it claimed to have crossed the milestone of 100 Mn users, with 10x growth in user base in 18 months.

“The usage of apps in Indian languages on the platform increased 2.2x times amid the pandemic, with Hindi, Marathi, Gujarati, Tamil, and Bengali being the most popular. The ability to discover and consume content in local languages is the numero uno factor for accelerating the company’s growth,” the chief executive added.

Founded in 2014 by Akash Dongre, Rakesh Deshmukh and Sudhir Bangarambandi, Indus OS has raised $25.2 Mn in seven funding rounds to date. In July this year, Singapore and Mumbai-based Affle, the consumer intelligence and customer engagement solutions provider, acquired an 8% stake in Indus OS for $2.86 Mn.

“We can leverage Affle’s experience and relations to build a strong monetization platform for Indus App Bazaar and increase our overall capability to monetize. Affle’s programmatic ads experience can also extend our capabilities to build self-serve for advertisers,” he said.

Indus OS To Gain From Disenchantment With Google

For long the primary marketplace for apps in India, this year, Google seems to have disappointed many by changing Play Store policies, whereby, starting April 2022, it will charge a 30% cut on in-app purchase of goods and services for all Play-distributed apps, with a few exceptions.

Since then, India’s startup ecosystem has been up in arms, led by the likes of Paytm CEO Vijay Shekhar Sharma who has compared Google to a toll collector. Paytm subsequently launched a Mini App Store. Although, it can’t be considered a true alternative to the Google Play Store.

In October, Twitter was abuzz with speculations, backed by media reports, that the Indian government is looking to build an indigenous app store. However, with no clarification or updates on that front, Indus OS’ Indus App Bazaar remains the de facto homegrown app store in the country.

Beyond running an independent app store, Indus App Bazaar also acts as a white-labelled app store for vendors. For example, most Samsung smartphones in India have the Galaxy Store, which is in fact Indus App Bazaar. Deshmukh told us that plans are afoot to penetrate deeper into the Indian smartphone market. “We are also working towards deeper revenue integrations and partnerships to expand our app store monetization channels within Samsung devices.”

The company plans to ink partnerships with original equipment manufacturers (OEMs) and telecom operators in India, as measures to expand its user base.

“From a developer perspective, we want to deeply engage with the community not just for distribution but also for re-engagement of their users, provide deeper analytics and fine-tune their products. We are working towards making our app store the preferred platform for developers across the country and make the content more relatable to the users,” the CEO added.