The Indonesian startup market, backed by a 250 Mn population, is on a rapid road towards digitisation. Here’s a look back at the most important developments of the week in the country’s startup space.

Online marketplace for crafts Qlapa has secured an undisclosed amount of funding in its Series A round from Mumbai-based Aavishkaar. The investment has been facilitated via Aavishkaar Frontier Funds (AFF).

Existing backer Kapan Lagi Networks (KLN) also participated in the round, as stated in a report by Deal Street Asia.

The startup will use the raised funds for user acquisition and retention, as well as team building.

Based out of Jakarta, the startup was founded by Benny Fajarai and Fransiskus Xaverius. It is a curated marketplace for Indonesian handicrafts and it connects potential buyers to the artists and makers directly, thus eliminating third party vendors. The platform aims to help artists sell items at the “best price” by cutting down distribution chain.

Indonesia’s first equity crowdfunding platform, Akseleran opened its gates in Jakarta, this week. The platform is targeting early-stage companies and small and medium enterprises (SMEs) in their campaigns.

As per an official statement in Deal Street Asia, it has 50 applicants operating in sectors, such as a fashion warehouse, a herbal medicine business, and an online travel agency startup.

The platform was founded by Ivan Tambunan, Mikhail Tambunan, and Christopher Gultom. It monetises by charging startups and SMEs a total of IDR 10 Mn (US$750) for admin and consultancy fees, and also takes a 3% share in the companies that it helps raise capital for.

Indonesian cab aggregators such as Grab, Go-Jek, and Uber have been facing a hard time with the changing government regulations in the country. 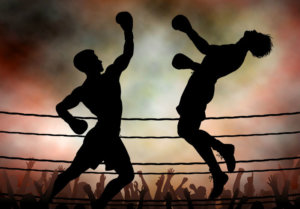 The companies got together and released a joint statement, opposing a revision to a transport regulation introduced by the Ministry of Transportation, which will come into effect on April 1, 2017.

They are opposing the new regulations essentially on three points, namely driver quota, maximum/minimum tariff, and car ownership, as per a report by e27.

The cab aggregators have also requested a nine-month grace period for a smooth transition. However, a report by The Jakarta Post said that the Minister for Transportation, Budi Karya Sumadi rejected the ride-hailing companies’ plea for an extension.