The Ayo Mudik App Was Developed By Jakarta-based Startup Kudo

Ayo Mudik is available for download on the Google Play Store. It provides travellers with relevant information, such as the nearest rest areas, police stations, gas stations, mosques, and ATM machines. There is also a built-in map service that finds alternative routes to avoid traffic congestion. 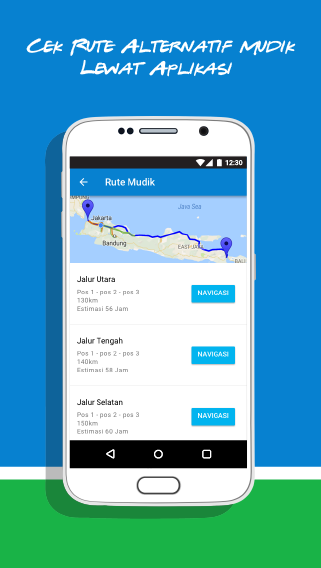 Kudo is an O2O platform that enables Indonesians with limited Internet access to conduct online transactions. It enables people in Indonesia who don’t own a credit card or don’t have a bank account and lack Internet access, to buy items online. It started with point-of-sale kiosks located in public areas, but later broadened its focus to support an agent model.

The firm claims to have 400,000 agents across 500 towns in Indonesia. In April this year, Singapore-headquartered ride-hailing platform Grab, Uber’s biggest rival in Southeast Asia, bought Kudo to boost its nascent mobile payments platform.

Commenting on the Ayo Mudik app launch, Kudo Chief Executive and co-founder Albert Lucius stated, “We are very pleased to assist the Ministry of Communications and Information Technology with the creation of the Ayo Mudik application. Our great hope is that the app will help everyone to have an easy ‘mudik‘ (Indonesian term for the annual Ramadan homecoming exodus) journey.”

As per a statement by Communication and Information Minister Rudiantara to Jakarta Globe, the Ayo Mudik app was developed in less than a month.

(The development was reported by Jakarta Globe.)