As per a report by research firm International Data Corporation (IDC), India’s wearable market reached 400,000 units in Q1 2016 with fitness bands dominating the market and accounting for 87.7% of the market share. Meanwhile smart wearables such as smart watches contributed to around 12.3%.

The report noted that while Xiaomi and GOQii have a 45% market share, Fitbit has the maximum market value share. It also stated that while the wearable market is rapidly gaining traction as it provides an easy health tracking mechanism to the users, however the smart wearables have not yet gained enough ground because of the higher price attached to them. Additionally, the online channel was the most preferred means for majority of the vendors, given the fact that Fitbit and Apple being the only two brands that are widely present in physical stores.

According to Raj Nimesh, Senior Market Analyst, Client Devices, IDC, “The popularity of wearable devices is restricted to urban sectors with relatively higher disposable income. Since online platforms are immensely popular in this segment, nearly three-quarter of the sales happened through leading online retailers. However, to expand the reach, an increasing number of brands are taking up the offline channel, especially though major large format retail (LFR) outlets.” 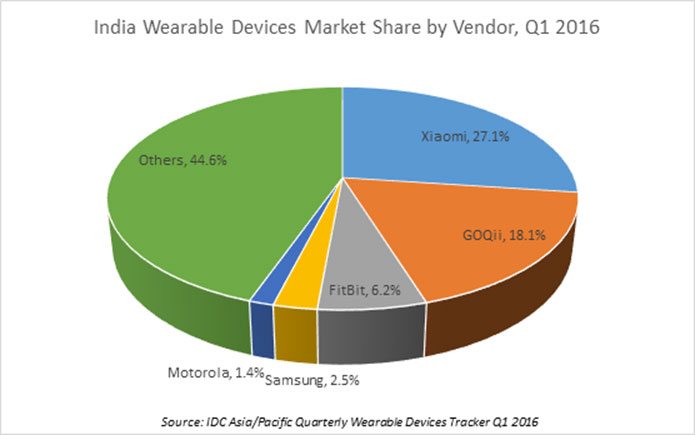 In April this year, Bangalore-based outdoor gear, apparel & footwear company Wildcraft has launched an intelligent GPS tracking wearable device called SPOT. SPOT can be worn as a band or attached to bags. The app tracks and records personal travels as well as real time locations of loved ones via a smartphone app available on iOS and Android.

Will Amazon Prime Give In To Censorship Demands After Tandav, Mirzapur Controver...