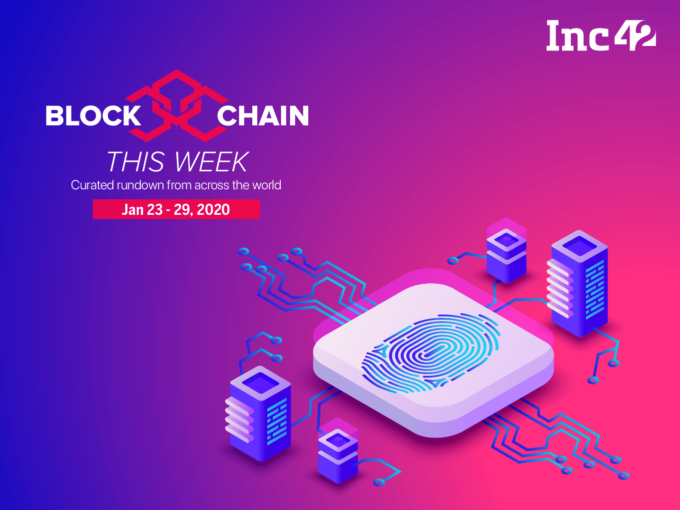 According to Markets Insider, the global edtech sector is expected to touch $341 Bn by 2025, growing at a compound annual growth rate (CAGR) of 11% year-on-year (YoY). Emerging technologies such as artificial intelligence (AI), augmented reality and virtual reality (AR/VR) and elearning tools have already made their way into the education sector. It’s only a matter of time before blockchain technology becomes mainstream in edtech.

At present, academic fraud and cheating cases are the major areas where blockchain can intervene. Experts believe that blockchain technology will also pave the path for decentralised learning models and trigger new ways of learning. Some of the applications of blockchain in education include learning certification, continues professional development (CPD), blockchain badges, online certification and course.

In December 2019, an Indore-based edtech startup, Digital Gurukul in collaboration with a German tech company called Certif-ID had launched blockchain-powered certificates, which allows employers to access the certificates of applicants or employees from any geographical locations.

Most importantly, this eliminates the need for paper documentation in the entire step. The candidate or a person applying for a job or universities can just produce an application with QR code, which will land them to verified sources, seamlessly.

In 2020, there is a massive disruption expected through blockchain technology in finance, supply chain and healthcare, but the technology is unlikely to hit mainstream till 2025.

Here are the biggest blockchain-related headlines from across the world:

The National Institute for Smart Governance (NISG) recently submitted a draft national strategy on blockchain for stakeholder comments after months of delays. The ministry of electronics and information technology (MeitY) had entrusted NISG to prepare the policy in July 2019. The draft is led under the guidance of Professor Shivendu S.

The draft approach paper explains what blockchain technology is, its application across various sectors, scope, challenges and government’s role and more. It has to be noted that the vision of the strategy states that India will be one of the leading countries in the world in innovation, education, commercialisation and adoption of blockchain technology in private and public sector by 2025.

At the research conference on ‘Changing Landscape of Securities Market’ organised by the National Institute of Securities Markets, Patalganj, held on January 23, the chairman of security and exchange board of India (SEBI), Ajay Tyagi said that applications of blockchain, artificial intelligence (AI) and machine learning (ML) have the potential to bring a paradigm shift in the securities markets landscape.

Citing the examples of some of the international blockchain projects, Tyagi said the companies abroad are developing a blockchain-based solution for settlement and by domestic exchanges for know your customer (KYC) recordkeeping purposes. In line with this, he further urged startups and researchers to use this technology and explore the best possible usage in the securities market.

Saudi Arabia’s oil giant Aramco recently acquired a stake in London-based Vakt, a blockchain-powered oil trading startup. Through this partnership, Aramco will be using the platform for oil trading purpose and also expand this platform into the Asian market.

The blockchain-powered oil trading platform focusses on post-trade handling of physical energy trades. It is said to simplify the trade entry to settlement by eliminating paper-based procedures and pave a path to digitise the entire process of oil trading. This will bring in transparency for both buyers and sellers. In the coming days, the platform is said to enrol other oil and gas giants such as Chevron, Total, India’s Reliance Enterprises and others.

Liverpool-based Ditto Music recently launched blockchain-powered recording technology platform called Bluebox, which is said to help musicians and distributors in relation to copyright registration, publishing and mechanical splits, and other areas related to music IP. The blockchain-powered app helps artists enter into legally-binding smart contracts, which are written into machines and instantly copyrights the content.

“There are billions of dollars of unclaimed royalties out there. The blockchain can help millions of artists claim what is rightfully theirs,” founder Lee Parsons was quoted as saying by Cointelegraph.

The tech giant Accenture recently announced the launch of a new blockchain-based marketplace that allows onboarding its suppliers, effortlessly. The platform is called True Supplier Marketplace. The solution has been developed in collaboration with internal IT and Accenture Technology blockchain organisations.

With this, Accenture claims to help companies achieve more than 95% compliance rate, 73% reduction in time to onboard a supplier, and 39% reduction in manual data entry, as it has automated most of the process, thereby improving the overall efficiency. The platform is said to support a wide range of supplier management needs.