In March last year, there were rumours, not all of them unfounded, about the Covid-19 coronavirus spreading through wet markets

According to the Poultry Federation of India, sales of poultry-based products have fallen by 70-80%, resulting in a 50% reduction in the prices of chicken and eggs

Two of India’s processed meat startups, Freshtohome and Licious have claimed that despite the bird flu outbreak, they haven’t witnessed a decline in sales for poultry-based products 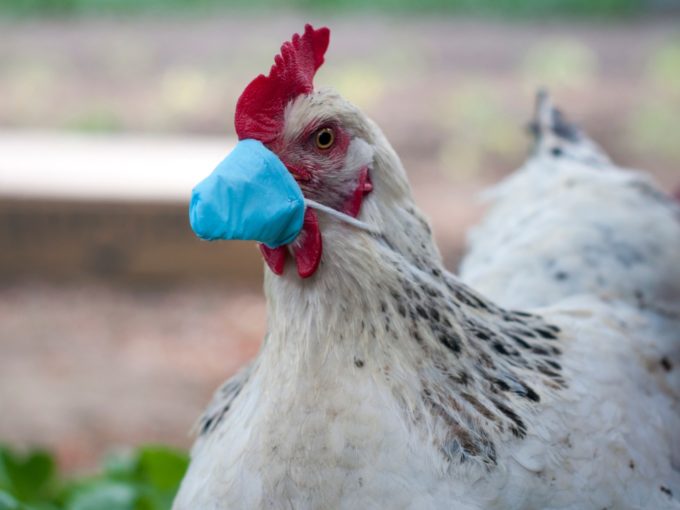 The last 12 months have brought on a double whammy for those engaged in the sale of poultry-based products. In March last year, there were rumours, not all of them unfounded, about the Covid-19 coronavirus spreading through wet markets. Hence, meat shops bore the brunt of the public’s paranoia at the time, while food delivery startups Zomato and Swiggy also witnessed reduced orders.

With the coming of the new year and the Covid-19 vaccine along with it, India’s restaurant industry was gearing up to make up for the lost yards. However, the bird flu outbreak, confirmed in several cities in India this month, has again slammed the brakes on sales numbers. According to the Poultry Federation of India, sales of poultry-based products have fallen by 70-80%, resulting in a 50% reduction in the prices of chicken and eggs.

The crisis has prompted several online food aggregators to send out mailers to their customers to debunk misinformation around the spread of bird flu. The disease affects all birds, including poultry such as chickens, turkeys, ducks and geese, and can potentially infect humans. However, the virus cannot withstand high temperatures and hence, poultry meat that is cooked well, above 70 degrees Celsius, won’t be a vector for bird flu.

Besides these foodtech startups, other companies engaged in the sale of processed meat have also sought to explain to their customers why their products are safe for consumption. A lot of it has to do with their supply chain.

For Bengaluru-headquartered Freshtohome, an ecommerce platform for the sale of different types of meat and seafood, poultry-based products account for 45% of the company’s total sales. The company’s founder Shan Kadavil told Inc42 that Freshtohome hasn’t witnessed a decline in sales because of the bird flu outbreak.

“In fact, we have had a large spike from the Christmas holidays that has been continuing into the first half of this month. Particularly, ready to cook products (including chicken products have seen great traction,” said Kadavil.

He added that startups in the modern organised segments of meat and poultry take all handling processes, safety protocols, consistent checks, infrastructure and most importantly certification with external labs to ensure high quality and safety of products.

Kadavil explained that Freshtohome’s suppliers are engaged in contract farming, ensuring vertical integration of poultry. Further, strict protocols, which include contact tracing, bio-fenced and bio-secure farms mean that migratory birds, which are known to be the vectors of bird flu, don’t come in contact with Freshtohome’s commercial poultry.

Similar claims have been made by Licious, another startup in the processed meats space. The company’s spokesperson told Inc42, “We own and deploy a proprietary supply chain that allows us to monitor, safeguard and control the safety and quality of the product at every stage of procurement, processing, and transportation, right up until it is delivered to the customer’s doorstep.”

Licious also claimed that the bird flu outbreak hasn’t had any impact on sales. This is because during times when the quality of meat is in question, customers turn to trusted brands which employ the right messaging.

It is worth noting that despite affordable prices, the clientele for processed meat startups usually consists of those on the higher end of the economic spectrum, people who’ve anyways desisted from buying chicken from the local meat shop for long. Perhaps this factor is one of the reasons why processed meat startups haven’t witnessed a decline in sales.

Moreover, the presence of these startups in the major metropolitan areas has meant that products are mostly procured from local farms on the outskirts of these cities, as pointed out by Kadavil of Freshtohome. So even as several northern Indian states have banned the import of meat-based products from other states, the supply for processed meat startups remains largely unaffected.

Health experts Inc42 spoke to were of the opinion that in all likelihood, the bird flu outbreak will not be a long-term phenomenon, owing to the aggressive measures taken by the government for containing the spread of the virus.

Notably, the virus has spread in India through migratory birds. Even so, most media reports have talked about the H5N8 subtype of avian flu mostly affecting wild geese and ducks, with cases of the virus affecting poultry only being found in Haryana so far. The authorities tasked with curtailing the spread of the virus, follow protocols such as ‘stamping’. So every bird that was within 1 km of an infected bird is to be culled.