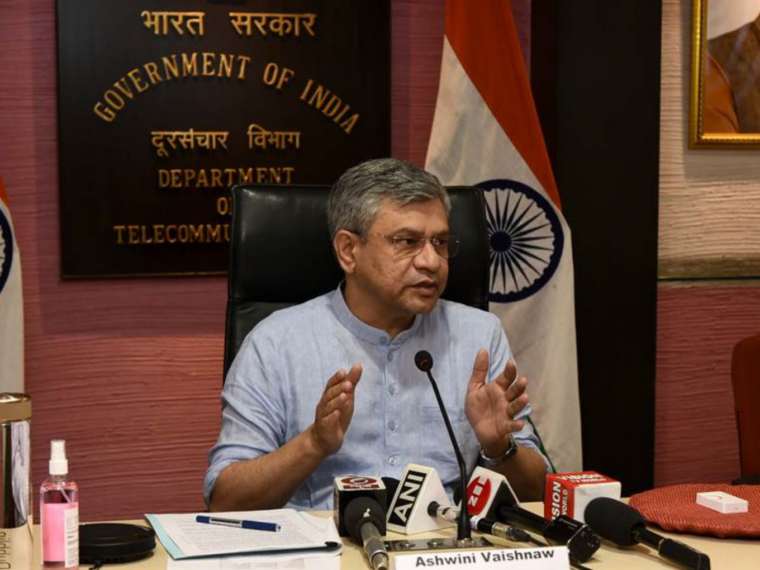 The roll-out of 5G services is expected in the later part of the year.: TRAI Chairman

In a big announcement, Minister for Communications, Electronics & Information Technology, Ashwini Vaishanaw on Wednesday (May 18) said that India’s own 5G stack will be ready around September-October.

Speaking at an event organised by the Telecom Regulatory Authority of India (TRAI), Vaishnaw said,”5G stack is also very much in good, advanced stage…by somewhere in September-October India’s own 5G stack will be ready.” He further added that indigenous telecom stacks mark ‘big fundamental technological advancements’.

Echoing the sentiment, TRAI Chairman PD Vaghela said that the roll-out of 5G services is expected in the later part of the year, adding that the move will enable a new realm in the quality of services as well as new types of services.

Addressing the international delegates at the event, Vaishnaw called on nations across the globe to actively look at Indian 4G and 5G technology stacks, and cited their cost and quality advantages.

“It will be really a great contribution to your telecom consumers in your countries. I am talking about a big fundamental technological advancement which is in the Indian 4G stack. Please use it,” Vaishnaw said.

He also called for bridging the digital gap in the hinterlands of the country. “In today’s world where technology has taken a primary role in the economy, in this world, if the digital gap is not filled up by conscious effort, then the digital divide is going to accelerate significantly and we will not be able to fulfil or bridge that divide,” the minister said.

Underlining the government’s target, Telecom Secretary K Rajaraman said, “Consumer expectation in terms of download speeds, in terms of latency of the system remains an important target for the government. This is a good opportunity for all of us to look back at what we have done, to try and see how we can push the quality of service to the next level.”

On the same day, the Digital Communication Commission (DCC) backed the telecom regulator’s base price for auctioning 5G spectrum with a validity of 20 years. In addition, sources in the Department of Telecommunications (DoT) told Economic Times that DoT may seek Cabinet approval on the matter by next week.

5G technology will provide higher speed, lower latency and greater capacity than 4G LTE networks. 5G networks will allow users to download content quickly with much lower lag. According to Ookla, 5G promises to deliver speeds up to 600 Mbps, with the slowest being 156 Mbps in Singapore, which is still faster than 4G  networks currently operational in the country.