India is ranked second in cryptocurrency adoption, and sixth in DeFi adoption index

A large chunk i.e. 42% of Indian crypto transactions are $10 Mn and above

In terms of currencies, Ethereum and wETH make the highest share in India compared to Pakistan and Vietnam 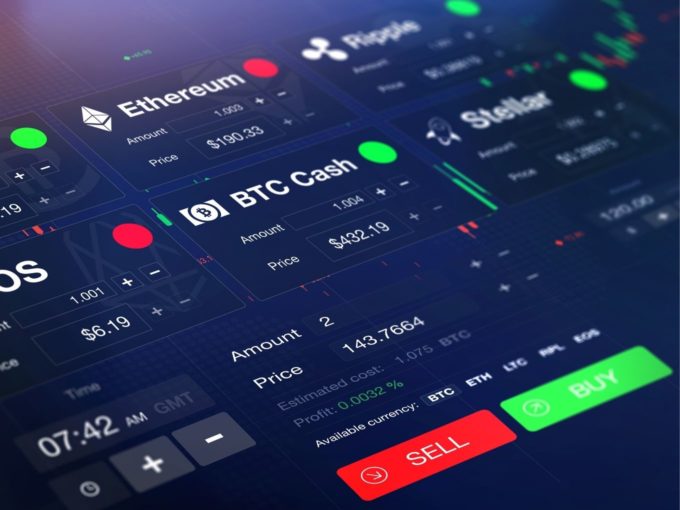 After 18 months of continuous growth, the Indian crypto economy has been ranked second in global cryptocurrency adoption, just behind Vietnam.

According to Chainalysis, for ranking, it considered three metrics. These include – on-chain value received, the on-chain retail value received and P2P exchange trade volume. 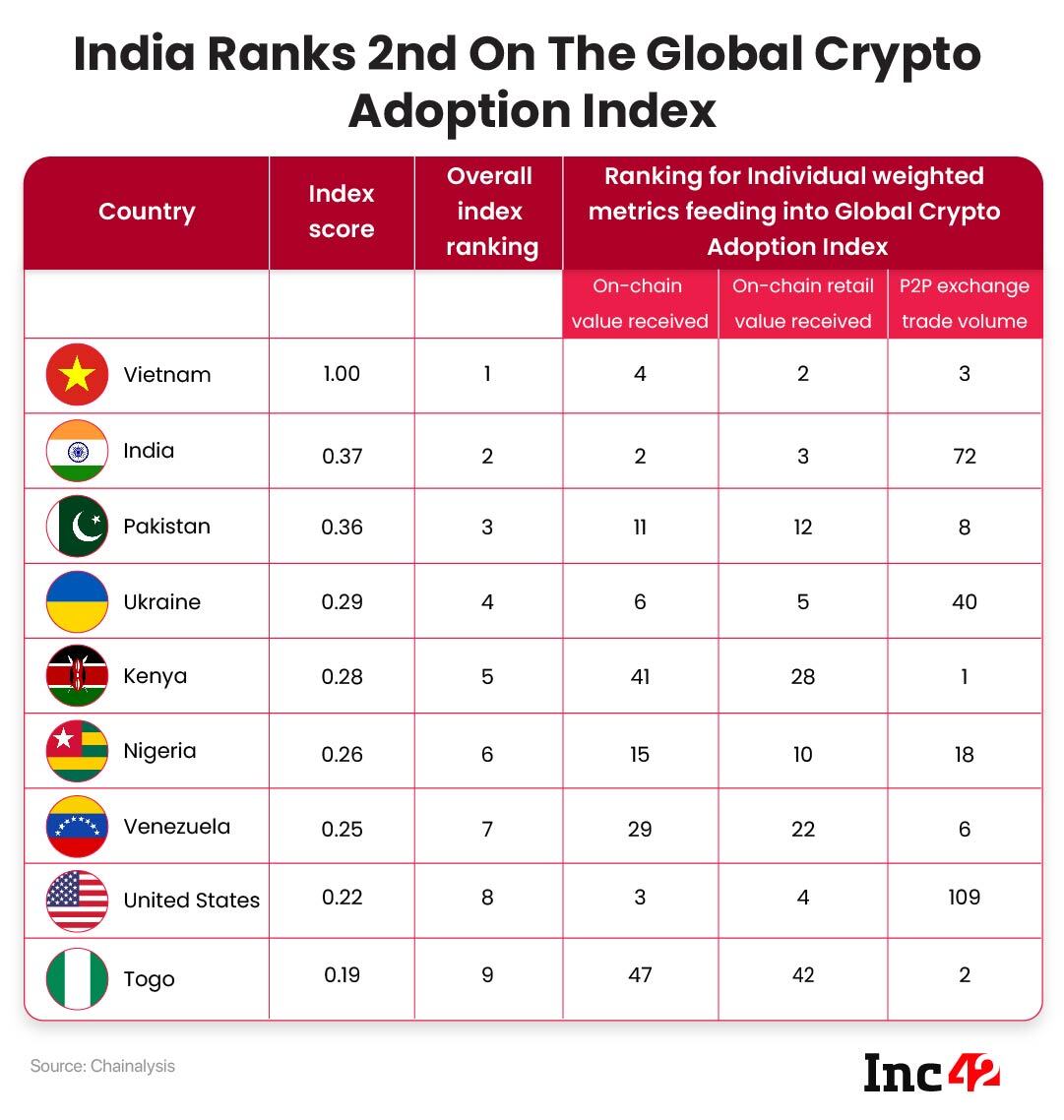 In the last few months, India has seen the rise of several startups and the venture investments recorded by the startups in the DeFi segment. 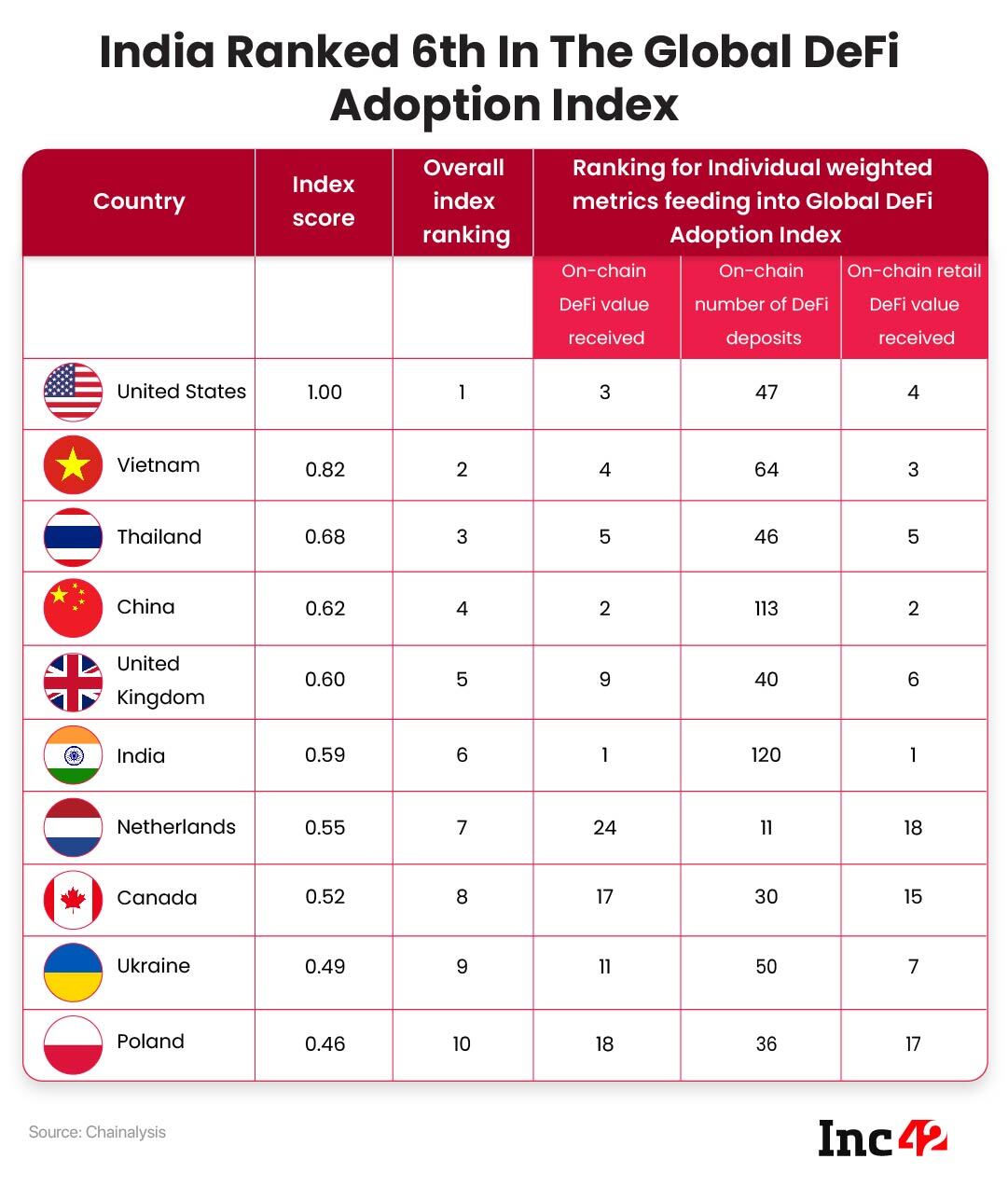 India has the biggest share of activity on DeFi platforms at 59% compared to Vietnam’s 47% and Pakistan’s 33%.

“Two things stand out: One is that India and Vietnam’s markets are much larger than Pakistan’s. The other is that India has a much bigger share of activity taking place on DeFi platforms at 59%, versus 47% for Vietnam and 33% for Pakistan,” the report added.

All three regions showed substantial growth in the last year. With a 711% rise, Pakistan experienced the most growth, just ahead of India at 641%. 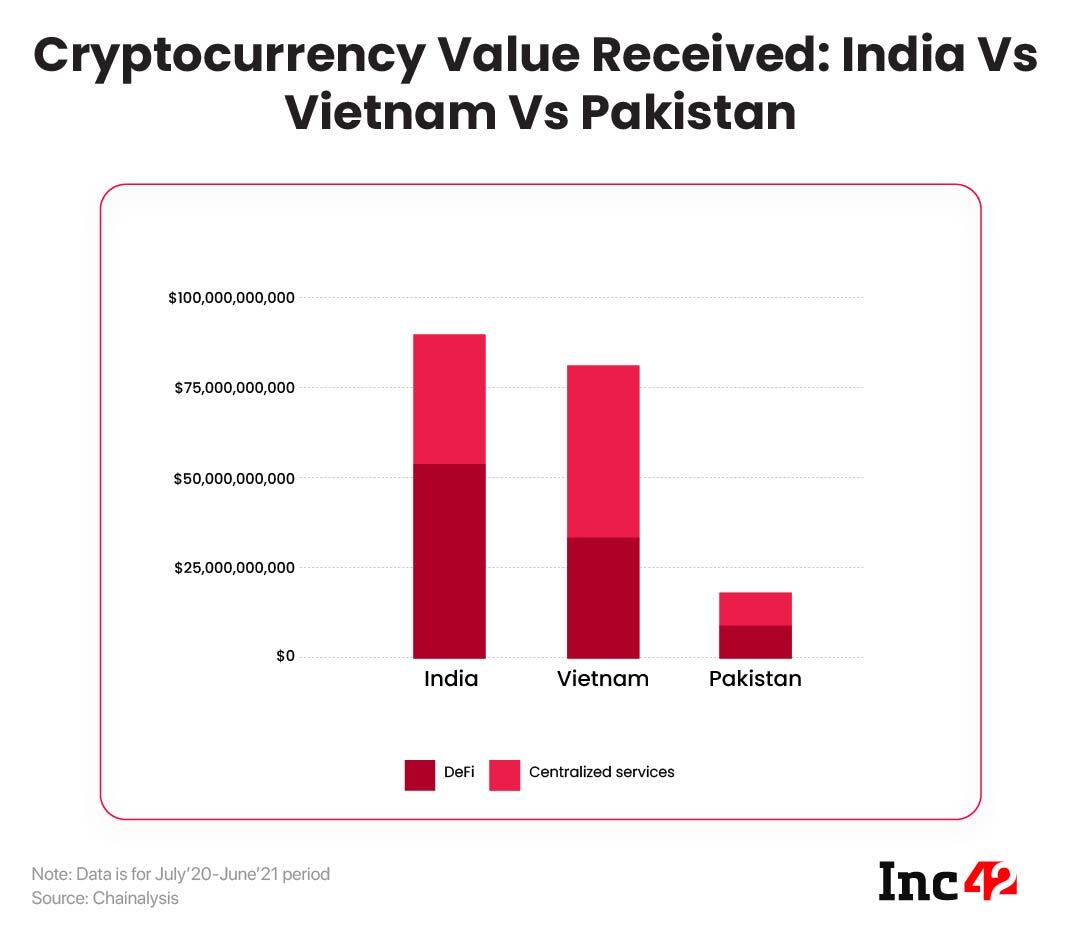 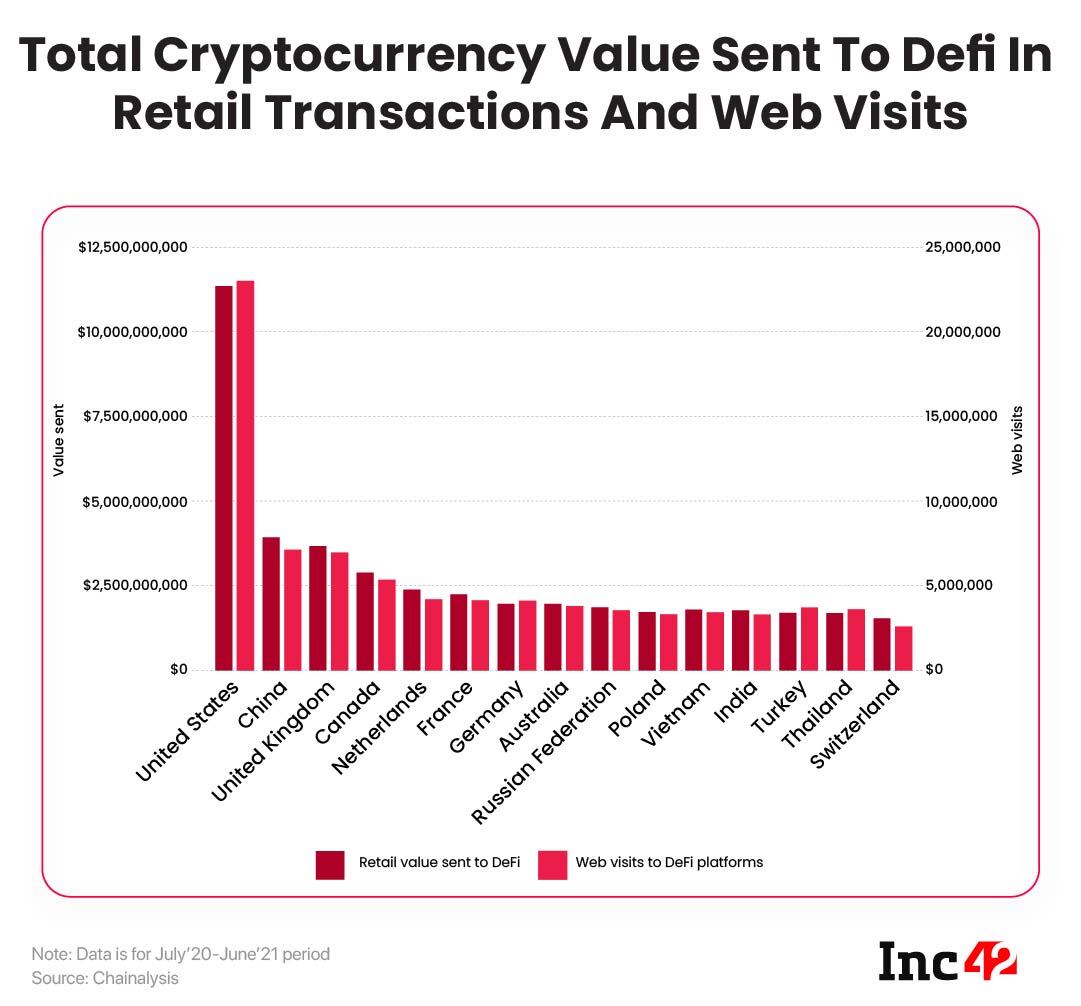 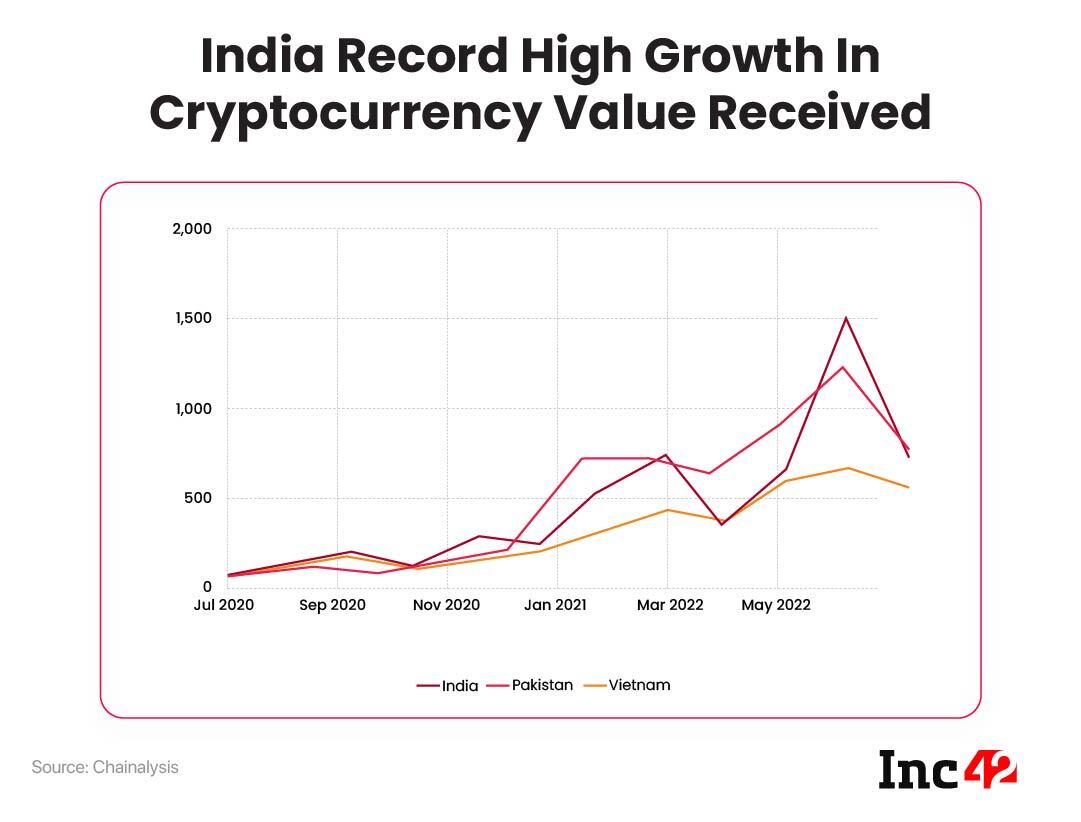 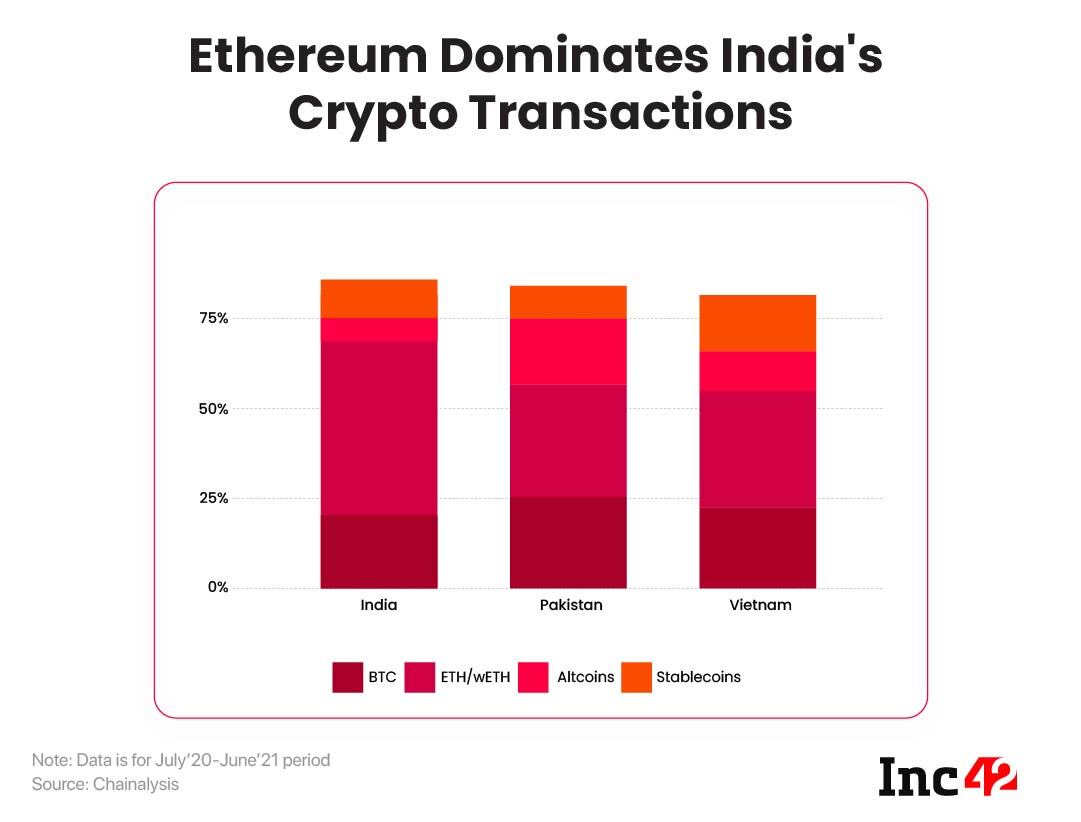 The data firm also highlighted that a large chunk, i.e. 42% of Indian crypto transactions are $10 Mn and above, suggesting India’s cryptocurrency investors are part of larger, more sophisticated organisations.

Joel John, Principal, LedgerPrime, said, “There used to be 80 a certain amount of stigma. In 2014, if you were at a VC event and said you were in crypto, you might have someone coming up to you later in the evening asking if you could get them drugs online… Now, crypto has become the cool place to be.”

John added that while some older investors still treat cryptocurrency with suspicion, the sentiment is much more positive now. 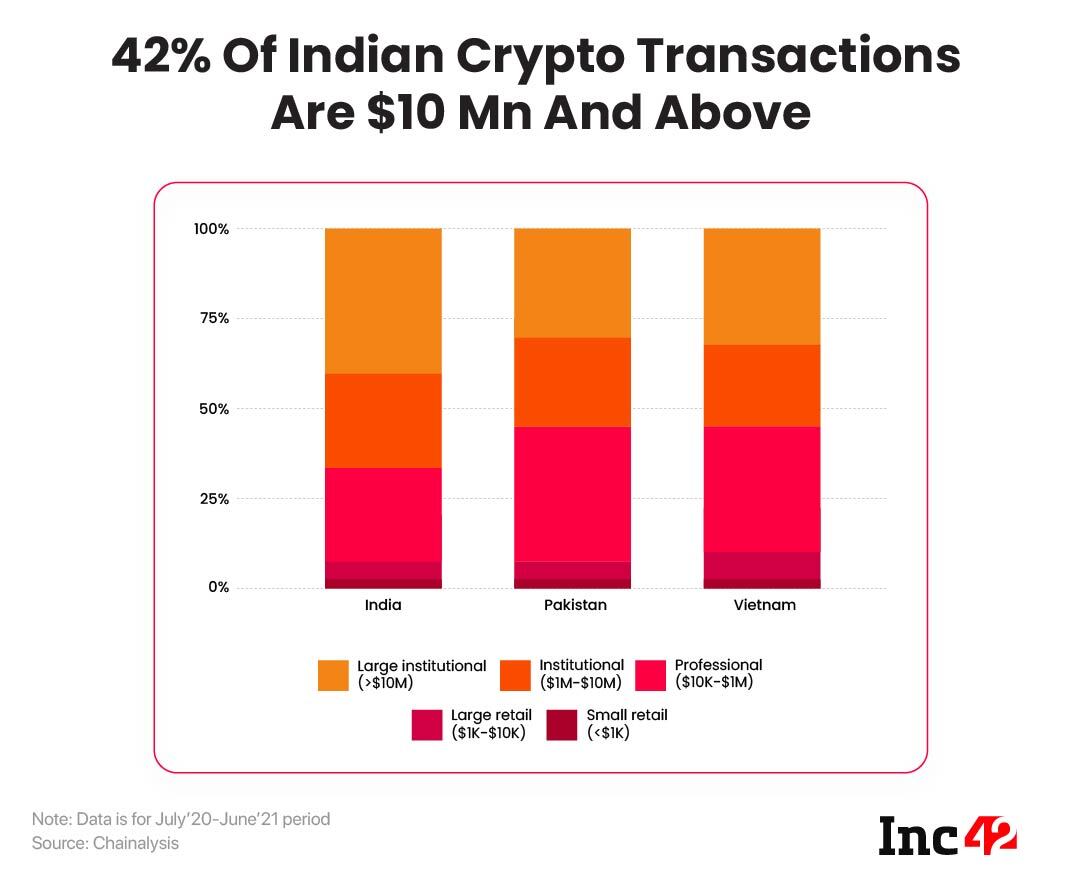