We all know that there has been a lot of hustle and bustle in the startup ecosystem but did you know that all that India had 190 product Merger and Acquisition deals inbound where domestic transactions totalled to a huge $2.3Bn from 2011-2015. Not only this, Internet & Consumer and Ecommerce both accounted for 60% of those 190 deals followed by B2B software.

All these statistics are revealed by The Next Roundtable Report – 2015 India technology Product M&A Industry Monitor Report released by iSPIRT, Signal Hill and Microsoft Ventures.

It prophesies that technology majors as well as other Indian ‘Unicorns’ will continue their M&A spree to fill technological gaps as well as talent requirements.

On this Ravi Narayan, Microsoft Ventures India Director said, “The M&A space, despite growing at 56% YoY (2013-14), had been relying on anecdotal information to make business decisions. The Think Next Roundtable Report has now become the handbook to the investors and corporates and regularly provides them with data and insights into M&A space” 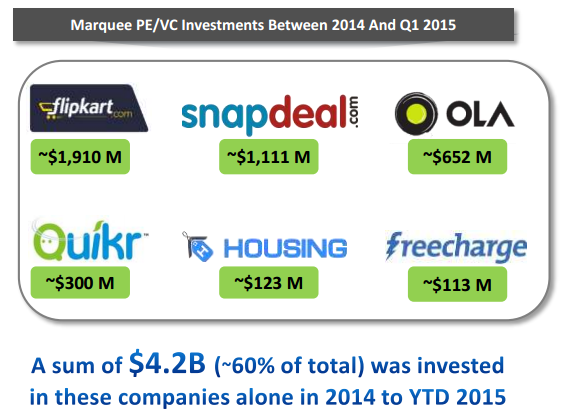 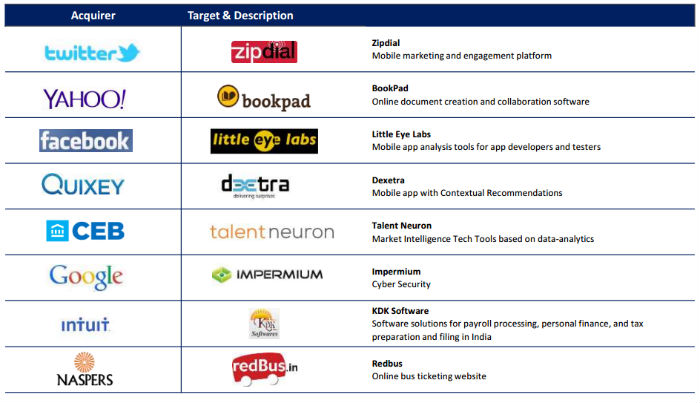 Apart from all these figures and statistics the report also made some predictions which are as follows.

Indian Unicorns will continue to strengthen through acquisitions in Mobile, Marketplaces & Data Sciences from ProductNation.in
facebooktwitterwhatsapp