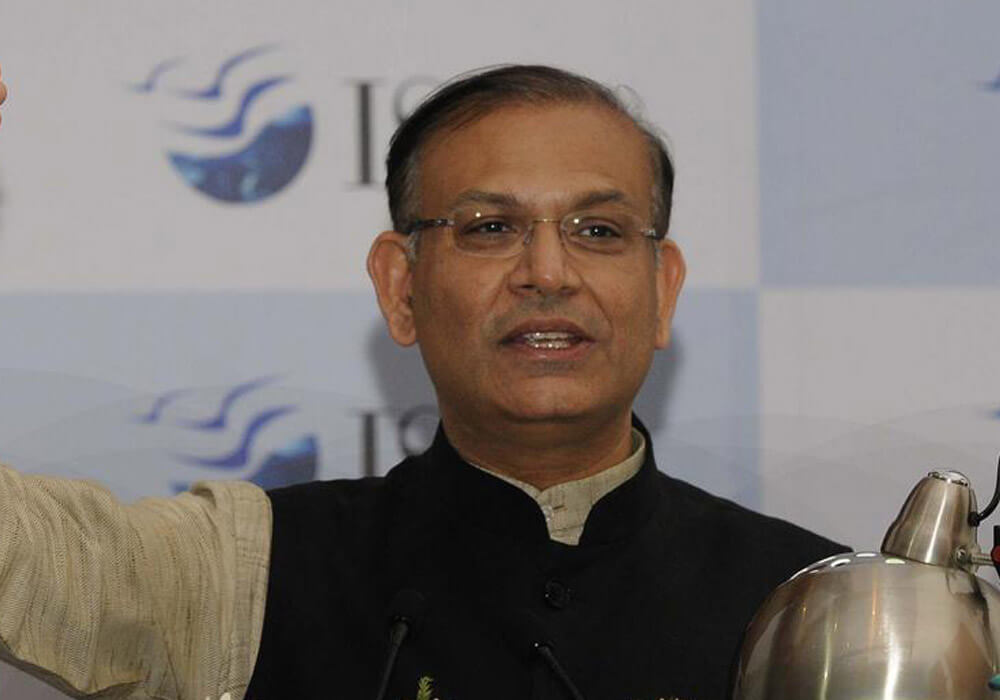 Startups must not think about building unicorns and must, instead, aim to build companies that can attain a value of $100 Bn, said Jayant Sinha, Minister of State for Civil Aviation during the inaugural keynote session at an event in Delhi.

Jayant Sinha has been a management consultant to top corporate companies like McKinsey & Company and was also a venture capitalist at Omidyar Network and Courage Capital Management.

“We need to see more unicorns, super unicorns that have crossed $10 billion in market cap and also mega unicorns that cross $100 Bn in market cap. We have done that in IT services and the BPO industry. We need to have our own Elon Musks and risk takers who are ready to take risks and invent trillion dollar industries,” added Jayant Sinha.

During his speech, he urged startups to provide immense value at a very low price. During his speech, citing the example of the country’s telecom industry which provides one gigabyte of data at just ten rupees.

Speaking of addressable market opportunities which are worth $100 Bn, he emphasised on the fintech, electric two-wheeler and drone sectors. According to him, if proper investments are made in the coming years, these sectors could potentially disrupt the Indian technology ecosystem.

The Minister for Civil aviation was particularly excited about the drone technology since the government has lately been working on “Digital Sky”. Recently, in November, the Civil Aviation Ministry issued a draft stating the rules and guidelines pertaining to the use of drones. At the time, the Directorate General of Civil Aviation posted a draft of rules in the public domain to seek comments and suggestions through their website.

Following Sinha’s address, Rajan Anandan, Head of Operations at Google India and Southeast Asia, also supported Sinha’s statement by adding that the next big opportunity for Indian startups is to cater the rural areas and smaller towns.

“A lot of these businesses will take much longer to build and in many cases will require a lot more capital. We need a $100 Bn India vision fund with a 30-year life cycle. The problem with early stage funds is the ability to invest capital in follow-on rounds,” said Anandan, who is also one of the most active angel investors in the country at the moment.

According to a recent report by Nasscom and Zinnov, only around 1,000 tech startups were launched in 2017, taking the total number to somewhere around 5,000 to 5,200. Seed funding in 2017 also fell by 53% due to heavy taxation on angel investments.

As mentioned by Anandan, a pool of investors is a basic necessity for such startups to flourish. SoftBank’s Vision Fund has already acquired a considerable amount of stake in ecommerce behemoth Flipkart, fintech platform Paytm and hotel aggregator OYO rooms, and will further help bolster their operations in the coming months. Given that these startups are arguably leading in their respective sectors, the Japanese conglomerate will definitely benefit from them in the near future.

With the government launching startup-focussed funds like the $156 Bn (INR 10,000 Cr) fund of funds, it will be interesting to see how startups in the country are able to build mega unicorns by catering the rural and semi-urban parts in India.