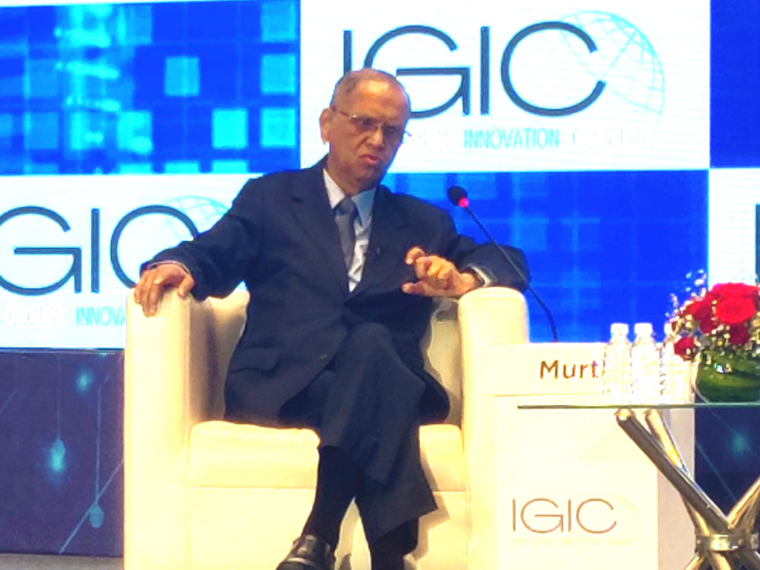 We in India have not done a good job of estimating the market size. We have traditionally overestimated the market (opportunity): Infosys cofounder

He asked entrepreneurs to create a portfolio of geographies and regions, technologies, broad services, among others, to reduce business risks

The Indian startups are overestimating the market size and entrepreneurs should not see IPOs as surrogate for financing, Infosys’ cofounder Narayana Murthy said on Friday.

“We in India have not done a good job of estimating the market size. We have traditionally overestimated the market (opportunity),” Murthy said in his address at the India Global Innovation Connect.

However, he added that this is the best time to be an entrepreneur in India. Murthy said that today’s leaders have a lot of responsibility to lead by example, accountability, fairness, honesty, speed, imagination, and quick decision making.

While sharing his learnings from Infosys’ IPO listing, he said that many people put their faith in the company by investing their meagre savings. Therefore, it was very important for the company to give them suitable returns. However, such practice is missing in today’s Indian startups.

“You can see Indian entrepreneurs being in a jam with pressure from VCs, with looking at IPO as the next round of financing,” he added.

A slew of new-age startups like Paytm, PB Fintech, Nykaa, Delivery, Zomato made their stock market debut in the last year or so, while many other startups are looking to get listed.

Denouncing this trend, Murthy said, “IPOs have somehow taken as a surrogate for the next round of financing. I think that’s not a good thing because it all comes with tremendous responsibilities.”

In order to reduce risks, he advised entrepreneurs to create a portfolio of geographies and regions, technologies, broad services, among others, to minimise business risks.

With the Centre and state governments looking at promoting startups to grow the economy and create jobs, the number of startups have been increasing rapidly in the country. Last month, India got its 100th unicorn with neobank Open joining the $1 Bn valuation club.

During his monthly Mann Ki Baat address in May, Prime Minister Narendra Modi lauded the country’s startup ecosystem for getting 100 unicorns.

On Thursday, Union Minister of State for Science and Technology Jitendra Singh highlighted that the count of Indian startups has grown to about 70,000 from 300-400 in 2014, and credited the Modi government’s initiatives for it.

He added that Indian startups will determine the future economy of India as well as the world.