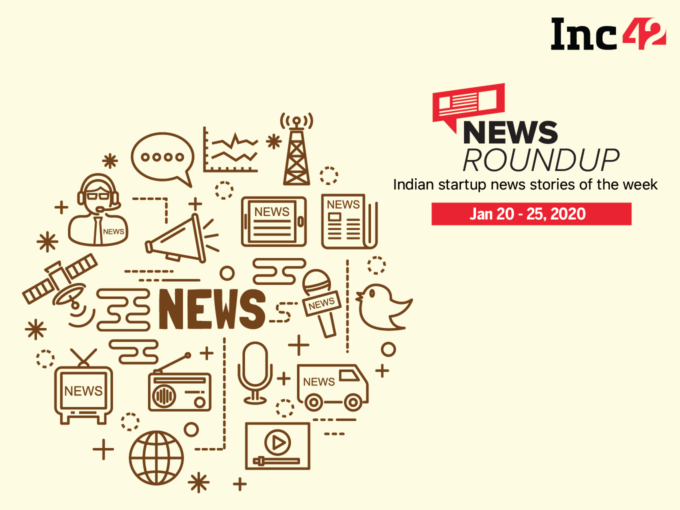 Post-acquisition, Uber’s food delivery business will continue to remain a separate entity and Uber Eats employees will be relocated into Uber’s other businesses or even be laid off. Soon, the customers will also be redirected to Zomato. The amalgamation of both Zomato and UberEats is said to change the dynamics of the Indian foodtech space, with Swiggy in the rearview mirror.

Many believe that this was a bad move from Zomato. Deepinder Goyal, the CEO and cofounder of Zomato, clearing the air once and for all said that this decision was part of Zomato’s strategic investment to grow in cities (38 cities) where Zomato didn’t have a strong market presence.

He said that the idea was to improve the quality of its business and acquiring Uber Eats was a step in that direction. “It was not about buying a number three player, but buying a number one or number two in some cities where we were lagging behind,” added Goyal.

YouGov, a British internet-based market research group, claimed that the move by Zomato was done because of Uber Eats’ popularity, and definitely not for the revenue aspect.

Several customers of Uber Eats sharing their grievance on the social media platform like Facebook, Instagram and Twitter said that Uber Eats was better than its competitors Zomato and Swiggy in terms of discounts, taxes, UI/UX of the mobile application and more. The users also said that the whole delivery experience was far better than Zomato and Swiggy.

After confirming over 1200 employees being laid off, OYO CEO for India and South Asian Businesses Rohit Kapoor declined any claims of SoftBank’s involvement behind layoffs. Kapoor hinted that there are stakeholders expectations, which OYO founder Ritesh Aggarwal and the management team are trying to fulfil.

Further, Kapoor said that the business is run by the management team and like any other company, there is a dialogue with the stakeholders on targets for the business for the years to come. Commenting on reports of deadlines given by SoftBank to turn EBITDA positive, Kapoor said, “We have no such deadlines.”

However, several reports suggested SoftBank’s role on layoffs was due to pressure on portfolio companies to show profitability.

Zomato And Swiggy: Delivery Boys And Restaurants Cause Trouble

His Tweet said “Do we have the heart to get a free pizza from a kid who is risking his life just because he crossed over 30 mins. I am seriously considering asking pizza companies to make it 40 min as these kids risk their lives by breaking all Traffic rules.

To this, Swiggy replied saying the company does not condone traffic violations of any nature. Rao replying to this said that Swiggy is the biggest violator and has the audacity to tell him that they adhere to rules. “Your boys beg cops to let them go as you penalize them. Next time, a Swiggy kid bleeds on the road, be sure, your management will be behind bars,” he added.

In another case, while being charged for influencing pricing, Zomato and Swiggy have now come out to say that the prices are influenced by restaurants. A user of these food delivery platforms, on Twitter, had highlighted that prices of food items over Zomato or Swiggy are 25 to 50% more than the actual price of the same at the restaurant.

To this, Swiggy said that while it is trying to maintain transparency its services, it has no control on the different online and offline prices of restaurant’s food products. This was confirmed by restaurants who told Inc42 that restaurants increase their prices by 30-50% and then offer the same discount on these products to increase the number of orders.

As the country faces threat from increasing phishing attacks via SMS and phone calls, India’s popular payments bank Paytm has now come forward to help its customers by giving out a list of 3.5K numbers used by such scammers to several government bodies.

The company has also filed an FIR against these fraudsters with the cyber cell to find a quick solution. It further clarified stating that other payments banks can also use the dataset submitted to the government bodies to easily identify the fraudsters.

The Indian Bank’s Association (IBA) recently wrote a letter to the National Payments Corporation of India (NPCI) to remove charges like interchange fee and switching fee on UPI.

This move comes after large public sector banks have been opposing the switching fee and interchange fee as they will have to pay more to other banks when their customers use their ATMs or PoS machines or banking apps. If implemented, the banks will be benefited in terms of reducing the costs incurred due to the growth of digital payments.

The National Data and Analytics Platform (NDAP) recently announced to let stakeholders access government data in a democratic and transparent manner. Accordingly, the government’s think tank NITI Aayog has released a vision document for the NDAP, which specifies that the platform will contain the latest datasets from several government departments.

This platform is also said to provide tools for analytics and visualisation of the data. The vice-chairman of NITI Aayog said that the NDAP will ensure that the data uploaded is ‘assured, consistent, coherent and credible.’

Indian digital payments unicorn PhonePe has has collaborated with Bajaj Allianz General Insurance to launch international travel insurance services on its platform. With this new service, users can now avail travel insurance cover of up to $1 Mn to as low as INR 216.

Gunjan Ghai, head of insurance at PhonePe said that the travel bookings have come to mobile platforms, however, one has to go to online portals to buy travel insurance. PhonePe believes that this will help users to book both travels as well as insurance in a single app.

PhonePe has launched a Unified Payments Interface (UPI)-based ATM service. Now, PhonePe users can send money to merchants using the app to get physical cash equivalent to the amount. Currently, the company is running a pilot project, where it is testing the service in Delhi NCR, and the company claims that around 75K merchants in the region have signed up for this service. Soon, this facility will be available across India.

Flipkart cofounder Sachin Bansal is likely to invest all the proceeds from the sale of his stake in Flipkart into the financial services company Navi Technologies. “I am putting almost all of my money — that is going to happen in the next few days or weeks, whatever is left after Ola investment. All eggs in one basket,” said Bansal.

Bansal didn’t reveal the exact amount, but it could be anywhere between $400 Mn to $450 Mn. If this happens, it will be the biggest capital infusion by a promoter into a new fintech venture.

This Time, Flipkart To Acquire Walmart

This so-called reverse acquisition will help Flipkart to expand its service in the food and grocery segment and strengthen its supply chain in India. With this, Flipkart will also share Walmart’s warehouse which will help in streamlining grocery orders for the company.

After recording a 36% profit in FY20 Q3, Mukesh Ambani-backed Reliance Jio is aggressively adding a new network with the launch of online grocery delivery platform, JioMart. The company is said to be adding new retail grocery stores that are going to be used for last-mile delivery of orders received by restaurants, food chains via its online platform and mobile application.

In addition to this, the company is also planning to open thousands of small grocery stores called Reliance Smart Points and Smart Stores, which would be spread across an areas of 500 sq ft and 1,500 sq ft, respectively. It is planning to launch this platform early this year (45 days).

The online grocery delivery startup Grofers said that it is not worried about the increased competition. Albinder Dhindsa, the cofounder of Grofers said that the company is only focused on delivering the best experience to its customers. Currently, Grofers claims that it has built a strong business by focusing on the needs of their 4 Mn customers on its platform. “Competition has always been there and is healthy for the industry even if it is JioMart,” Dhindsa added.

After Amazon Tie Up, Future Group Scales Down Ecommerce Plans

Kishore Biyani-led retail giant Future Group has laid off close to 350-400 employees with the intention to scale down its ecommerce venture, Retail 3.0. This has impacted the Future Group’s employees from sales, product development, marketing and ground operations.

Netflix Records 100 Mn Users Outside US

The popular video streaming platform Netflix recently announced that it has surpassed 100 Mn paid memberships outside the US, and now it is eyeing 100 Mn subscribers from India.

In FY19 Q4, the company said that it has added 8.8 Mn new subscribers, globally. The company has exceeded its projections, where it had forecasted 7.6 Mn new users during this period. Netflix attributes this growth to its new original shows and the higher world-wide adoption of video streaming platform.

Currently, Netflix has over 167 Mn users around the globe. The recent new subscribers for FY19 Q4 were from Europe, Latin America, the Middle East and the Asia Pacific regions. The company said that the original series created in India, Korea, Japan, Turkey, Thailand, Sweden and the UK were the most popular shows.

Google and Alphabet CEO Sundar Pichai recently said that artificial intelligence (AI) needs to be regulated. Pichai said that to unleash the true potential of AI by improving billions of lives, it has to be regulated. “It is equally incumbent on us to make sure that technology is harnessed for good and available to everyone,” said Pichai.

Pichai said that while AI has enormous potential there are also considerable dangers, such as the misuse of deepfakes, videos that are generated using Ai which is designed to look real.

In a shockingly new revelation related to WhatsApp-Pegasus spyware, even the world’s richest man couldn’t avoid the snooping. It was said that the WhatsApp hack was orchestrated by the Saudi Arabian royalty.

The development came to light after a report stated the hacking incident began in May 2018 when Bezos had met Mohammed bin Salman aks MBS at a Hollywood event. Post that event, Bezos supposedly received a video on WhatsApp from which could be the source of the malware that siphoned all the data from Bezos phone. The hack was first reported in a column in The Daily Beast.