With startups joining hands against angel tax, now Investor and former CEO of Infosys Mohandas Pai has stated that ecommerce firms, particularly like Flipkart and Amazon should be exempted from reclassifying discounts as capital expenditure.

The statement came in response to the recent event wherein Indian ecommerce poster boy Flipkart lost its appeal against the Income Tax (IT) department over the reclassification of marketing expenditure and discounts as capital expenditure, which involves substantial tax liabilities.

Further,  Patiala Court, New Delhi has restrained Flipkart from using the name MarQ after Delhi-based large appliance manufacturer Marc Enterprises approached the Court alleging that it is the violation of the company’s trademark Marc, as MarQ sounds similar and deals with the same category.

Here are the snippets of some more developments to give you a go-ahead for the next week.

India Post Payments Bank (IPPB) has announced plans to equip service postmen with smartphones to offer door-to-door banking services. The move is aimed at opening up to 3,250 customer access points across 650 districts, with a special focus on the country’s under-banked rural areas.

Data Protection Bill To Be Drafted By March 2018

In response to Supreme Court’s observation that a line has to be drawn between Aadhaar application and people’s right to privacy, the Indian government has informed the apex court that a data protection bill is being drafted by a committee of experts, and the same will be ready by March, 2018. In another development, Paytm has launched the Paytm for Business app on Android Play Store today. The app enables new merchants to sign up quickly and get a Paytm QR code to start accepting digital payments. The app will also enable merchants to manage their day to day payments and day-end reconciliations.

Also, some former and existing employees of Paytm will reportedly be selling shares worth over $50 Mn to new investors, including Discovery Capital. The development comes just a day after sources revealed that the secondary share sale will catapult Paytm’s valuation to $10 Bn, making it the most valuable Internet startup in India, after $12.6 Bn ecommerce giant Flipkart.

‘Total’ is a refined version of Android targeted at the next billion people. ‘Total’ lets users access essential services such as Messaging, News, Recharge and more even without an active data connection and paves the way for them to get on Data by providing packs at as low as INR 1.

Amazon India claims to have received the highest share of orders with 2X orders than the nearest competition in the Indian ecommerce industry, and nearly double the number of transacting customers. Amazon India held its Great Indian Sale from January 20 to 24, with a 12-hour early access for Prime members on January 20.

Also, Amazon India has signed into a partnership with Saregama, an Indian music label, to stream its catalogue of 117,000 tracks spread over 15,000 albums on its upcoming Amazon Prime Music portal.

In another development, a regular critic of online retail, Kishore Biyani, CEO of Future Group, as a part of its ‘Big Bazaar Sabse Saste 5 Din’,  held during the upcoming Republic Day week, targeted a sale of $156.7 Mn (INR 1000 Cr) from the five-day mega event. 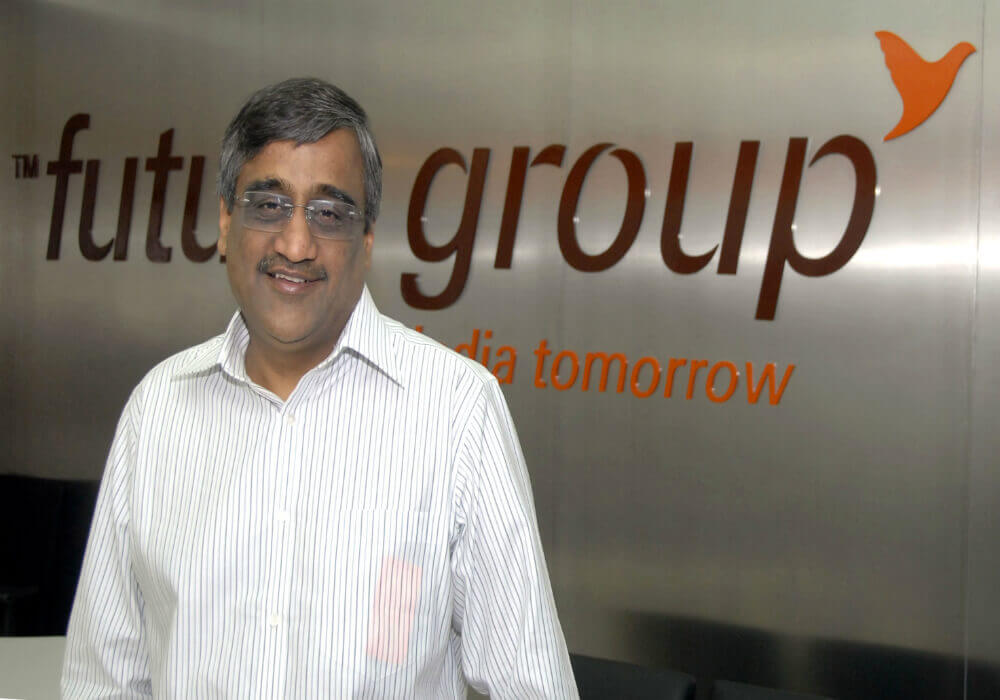 After investing in more than 10 startups, Kunal Shah is now looking to set up a new startup, which will likely be either in healthcare or edtech. As suggested by the social media community on his post timeline, whatever the latest startup Kunal Shah chooses to dive into, the infusion of blockchain might be a probable platform to startup the same.

In a recent blog post, XPRIZE authorities announced that due to the difficulties regarding fundraising, technical and regulatory challenges, the competition has been called off and the grand prize of $30 Mn will now go unclaimed.

TeamIndus is now working closely with all of its partners to ascertain their role as the company expand its horizons and work on repeatedly delivering increased capacity, a precision of payload to the Moon.

Uber’s bike taxi service has expanded to Amritsar and Kanpur. Prior to this, UberMoto is available to riders in nine cities in India -including Gurugram, Faridabad, Ahmedabad, Hyderabad, Jaipur, Noida, Ghaziabad, Mohali, Ludhiana and in Dhaka, Bangladesh.

As stated by Uber spokesperson, Chris Brummitt, Dara will visit India and Japan in the week starting February 19 and will meet business and government leaders to discuss the ways Uber can serve riders, drivers, and cities in the Asian landscape.

Further, stating that its 100% committed to India, ride-hailing firm Uber has also dismissed report of its exit from the Indian market as “baseless speculation”

Ola is planning to enter into the market of manufacturing Electric Auto-rickshaws with the “right partners”. In lieu of the development, Ola has appointed Chinam Netaji Patro, a former executive of Bajaj Auto, as its senior director for Electric Vehicles last month.

As part of his 24-hour visit, PM Modi hosted a roundtable meeting with 40 CEOs across 18 countries, including 20 from India. Among them were Microsoft’s Satya Nadella, Reliance’s Mukesh Ambani and Airbus CEO Dirk Hoke. He spoke about India’s economic development and the investment opportunities in the nation. 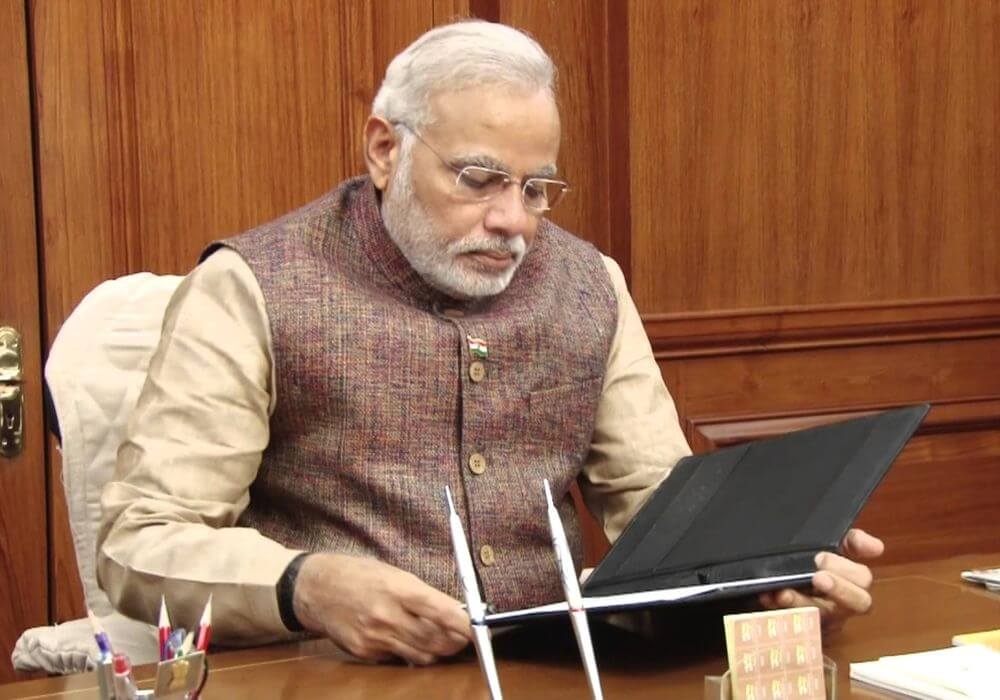 Newzly presents a summary of stories in a simple minimalistic design, in the form of cards that can be swiped horizontally to seamlessly sift through subsequent news. The app allows users to read the full article by simply swiping vertically.

Google has rolled out Google Audiobooks in India along with 44 other countries globally in nine languages. The users can find the audiobooks on Google Play Store. However, for now, the Google Assistant integration with audiobooks is available only on Android phones and smart speakers globally in English.

Facebook has officially clarified in an email interaction with Inc42 that Facebook marketplace is still in the testing phase in India. Even though the company has intensified the project, enabling more users from various parts of the country to test the tab, the deadline for a pan-India launch has still not been finalised.

ICICI Lombard General Insurance has launched a health insurance app — ‘IL TakeCare’ in collaboration with healthtech startup Practo. The ‘IL TakeCare’ application works in sync with Practo’s ‘Trinity’ technology which will help patients get a paperless and cashless experience for everyday healthcare needs such as doctor visits, medicine purchase, online consultations as well as diagnostic tests.

The Indian online mobility market, which encompasses cab aggregator and auto hailing segments, saw a substantial growth last year. As per a recent report by RedSeer Consulting, the two categories contributed over 15% of the industry’s overall gross book value (GBV) in 2017.

Stay tuned for the next week News Roundup: Indian Startup News Stories Of The Week!