One of the most exciting as well as important development in the Indian startup ecosystem was startups joining hands to fight against the Angel Tax. A number of Indian startups and members of the startup community have come forward to start an online petition on Change.org, seeking a revision of the angel tax structure.

The week was further mazed up by Israel-India Summit, Paytm announcements, as well as controversies and measures, around Aadhaar. Not only this, India also had a moment of joy when recent App Annie report revealed that India superseded the US in terms of app downloads in 2017.

All in all, it was a great week filled with enthusiasm, debates and new launches. Here are the snippets of the developments to give you a go-ahead for the next week.

This was an interesting development in the Indian startup ecosystem. Patanjali has entered into ecommerce with its own online marketplace patanjaliayurved.net. The website has been in the test phase since December 2017. As part of the move, the Baba Ramdev-led FMCG company has also entered into strategic partnerships with eight ecommerce firms, including Amazon India, Flipkart, Paytm Mall, Bigbasket, Netmeds, Grofers and Gurugram-based 1mg.

The growth in turnover has been, in part, due to the series of acquisitions that Quikr made in 2017 across real estate, hyperlocal services, online job search and other segments. Currently, the acquired startups account for up to 55% of Quikr’s overall revenues. The company’s upward growth trajectory is in line with its aim to hit profitability by FY19. 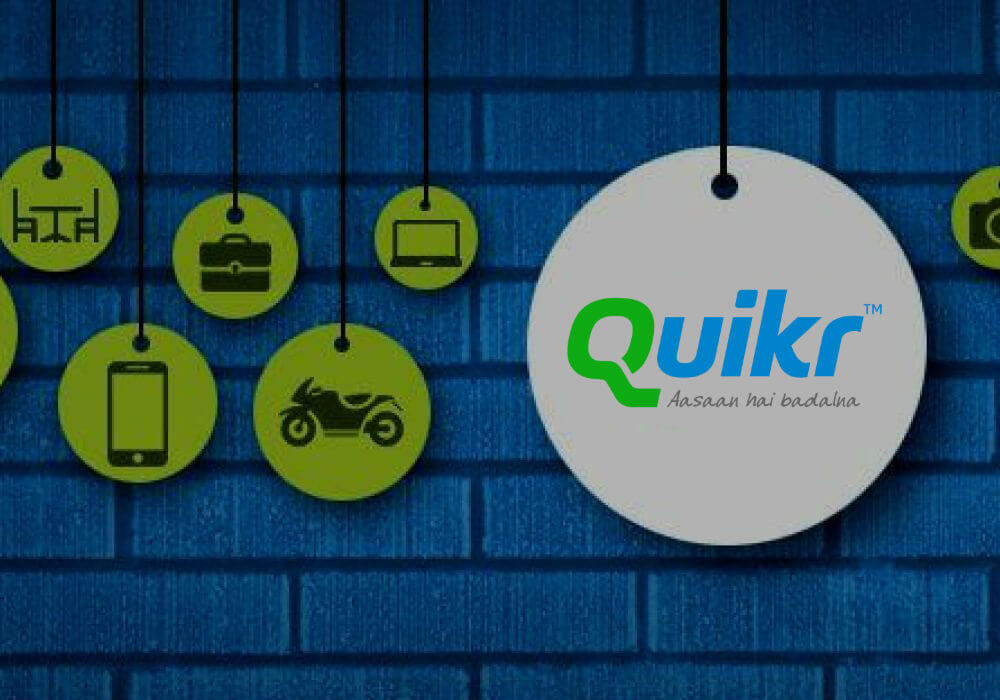 In another development, Amazon Prime entered into a partnership with Zee Music Company. The deal will add over 450 film soundtracks in Hindi and regional languages alongside 250 independent artist-created content to Amazon Prime Music’s existing catalogue of Indian and international songs. Financial terms of the deal remain undisclosed.

Not only this, Amazon India has also launched a Silent Delivery station in Mumbai. A first-of-its-kind, this Silent Delivery Station is launched in collaboration with Mirakle Couriers. The move is aimed at empowering and support diverse communities in the country by creating relevant job opportunities for them.

Moreover, the US-based ecommerce giant’s Indian unit will now allow customers to load cash into their Amazon Pay balance accounts right at their doorstep through its new load cash at doorstep feature. The new feature will basically address the problem of leftover change for customers while paying cash for their cash on delivery orders.

One must take notice of this Indian startup news. The list includes startup names such as Quidich Innovation Labs, Aarav Unmanned Systems, Asteria Aerospace and Indrones. The draft regulations released in October 2017 that virtually gave legal status for drone usage in India after a long ambiguity, have incorporated certain norms which are irking a number of drone manufacturers and service providers in India.

Another flag added to the Indian startup ecosystem hat. Dubbed as the International Centre for Entrepreneurship and Technology (iCreate), the institution aims to identify, nurture and mentors aspiring entrepreneurs.A public-private partnership (PPP) venture of the Government of Gujarat, iCreate will offer startups and entrepreneurs access to funding, space, and other facilities.

Also, on the eve of Israeli Prime Minister Benjamin Netanyahu’s six-day visit from January 14 to January 20, the India Israel Business Innovation Forum was also launched to take the collaboration between the two countries further.

During the India-Israel Business Summit, PM Modi pointed out that Israel is universally known as a startup nation with a unique ecosystem of innovation and incubation and further pitched the country as an attractive investment destination before Israeli investors. This week Paytm camp kept the media corridors buzzing with the inside developments in the company. The account holders in Paytm Payments Bank can now order physical debit cards from the Paytm app. Earlier, the bank provided only digital debit cards which are issued to customers upon opening of Individual Savings Account.

Also, it has tied up with Beijing-based bike rental service Ofo to launch its services in India via its Paytm app. the Ofo bicycle sharing app will be available on Paytm app along with its standalone mobile app.

In another development, Vijay Shekhar Sharma announced the integration of BHIM UPI on iOS platform. The iPhone users can now create their own Paytm BHIM UPI ID on the app and link their Savings bank account with it.

Further, he also revealed that Paytm is aiming to achieve $14 Bn GMV during the ongoing fiscal year. Paytm made 255 Mn transactions last month.

This was another important Indian startup news of the week. CM Devendra Fadnavis stated that the public cloud will create a $2 Bn opportunity for the startups and other big data companies. the Maharashtra government has now decided to shift their entire data onto the cloud.

In another development, the Government of Andhra Pradesh has signed a memorandum of understanding (MOU) with the Ram Yalamanchili family office-management Covalent Fund, as an additional step to bolster the country’s blockchain ecosystem. The partnership is geared towards the creation of an India-focussed Velugu blockchain stack under Fintech Valley Vizag. WhatsApp Might Launch Its Digital Payments Feature In February

The messaging app is at various stages of integrating its Unified Payments Interface (UPI) based digital payments platform with SBI, ICICI Bank,  HDFC Bank, and Axis Bank. It is also involved in security checks to ensure the safety of the data.

In another development, the messaging app has officially launched its new WhatsApp Business app in select markets, including Indonesia, Italy, Mexico, the UK and the US. The free-to-download Android app for small businesses will be available from today and free to download on Google Play. The app will roll out in other markets, including India, soon.

A constitutional bench consisting of five Supreme Court’s judges began final hearing on a batch of petitions that challenge the citizen identity programme, on grounds that it violates an individual’s fundamental right to privacy. The bench is headed by CJI Dipak Misra.

Earlier this week, private companies under Digital Lenders Association of India have also filed a separate petition seeking the continuity of Aadhaar programme. Also, in order to mitigate the chaos surrounding the security of Aadhaar details of the citizen, UIDAI came up with another measure – Aadhaar face recognition. The move will come into effect from July 1, 2018.

Alibaba has announced plans to launch an over-the-top (OTT) video service in India over the next three months. The service will be introduced in partnership with its Indian investee company Paytm and mobile Internet subsidiary UCWeb.

Also, Alibaba-owned messaging platform DingTalk has launched an English version of the app for India and Malaysia. Like team collaboration tool Slack, the messaging app caters to the communication needs of small and medium-scale enterprises. The chat app has been so far limited to the Chinese market only. 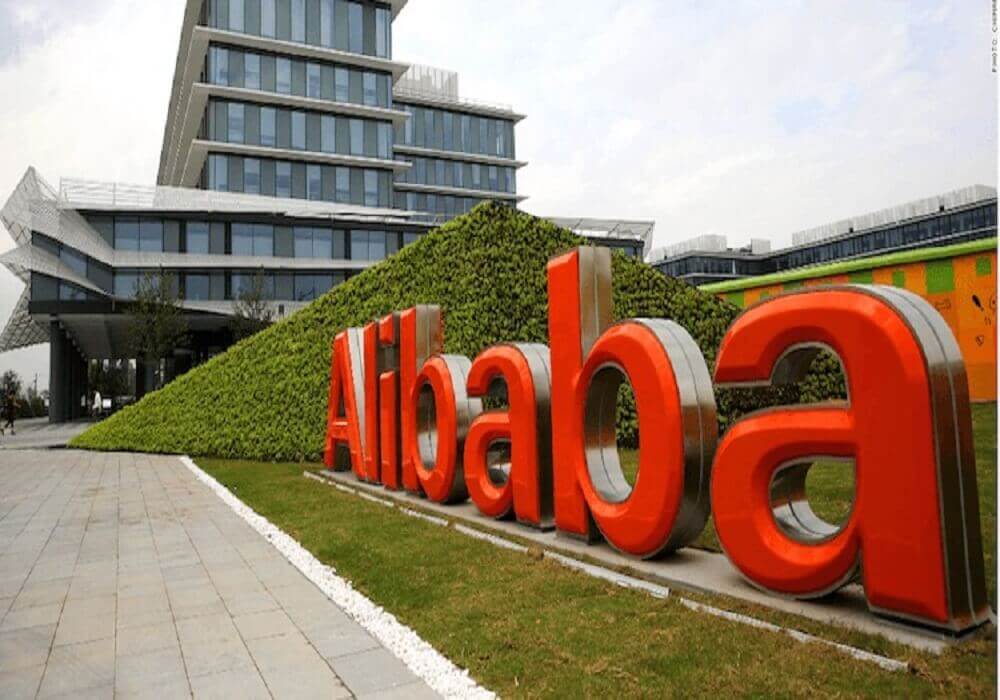 NASSCOM in partnership with Indiaspora organised the Tech Triangle Summit, in a bid to strengthen the trilateral ties between India, Israel and the US for innovation and entrepreneurship. As part of the Tech Triangle Summit, NASSCOM and MassChallenge signed a MoU, along with the Deshpande Foundation, committing to offer a scholarship of $5,000 each for up to 10 Indian startups. The alliance is geared towards helping startups access MassChallenge Israel’s resources and focus on growing their businesses.

vTitan Corporation, a global medical device manufacturer and solutions provider, launched their patented Accuflow SP-550 and Accuflow IBP-550 Syringe Infusion Pumps for critical care medication administration. The pumps are powered by indigenously developed and patented closed-loop motion control technology. The syringe infusion pumps are used for the critical care of patients in the hospital and home environments for accurate and safe infusion of medication.

Dubbed as Bharat Go, the smartphone will be equipped with the newest edition of Google’s Android mobile operating system. Android Oreo GO was officially launched in December 2017. Designed primarily for entry-level smartphones, the operating system is capable of working on smartphones with only around 512 megabytes of memory.

PhonePe will soon introduce food ordering, groceries ordering, travel and entertainment apps from service providers over the coming months. According to Rituraj Rautela, head of in-app partner stores at PhonePe, PhonePe will add two such in-app stores every quarter.

Actify Data Labs will offer services in analytics, algorithms and artificial intelligence (3A). True North has committed an initial investment of $10 Mn for the venture. Bengaluru-based Actify Data Labs is the first company set up by the PE firm. This is another Indian startup news to keep in mind this week.

Again an important Indian startup news for the past week. As part of the deal, MUBI will provide the streaming service with ongoing counsel on brand positioning, engagement potential, monetization and public policy, as well as facilitate local partnerships, talent outreach and relationships with aligned Indian influencers. It will also provide insight and intelligence into the Indian marketplace and local audience trends to the company. Besides this, MUBI will gain access to The Times Group’s wider set of advertising inventory as part of the deal.

LimeRoad To Enter The Offline Domain

The startup plans to enter brick-and-mortar retailing to broaden visibility in a market, ET reported. Outlets selling multi-branded fashion and lifestyle products will be owned and operated by sellers on its platform. The first LimeRoad-branded store will come up in Surat, Gujarat in two months.

TO THE NEW Launches A Cloud Management Platform

Cloud Management Portal ‘MyCloud’ is an advanced Cloud usage analytics and optimization portal that provides insights along with actionable recommendations in accordance with the best practices suggested by AWS. MyCloud assists in infrastructure management and cost optimization on AWS.

The facility is launched next to Amity in Noida.  The current co-working facility is available 24×7 and is spread across 12 floors with two basements for parking. It has a capacity of 600 seats, along with corporate meeting and conferencing facilities that can accommodate up to 200 people.  RevStart is also launching its own incubation and acceleration program with a $2 Mn commitment from Ishan Singh, in addition to the 100,000 sq. ft. of space.

RentSher is geared up to launch services in Delhi-NCR, Hyderabad and Mumbai. It will initially focus on catering to the demand for event-related services and rentals, electronic rentals, and medical equipment rentals.This expansion is part of the next phase of RentSher’s plans, which have already enabled it to service 70 SMEs/startups and 30,000 customers while showcasing a 25% quarter-on-quarter growth rate. The platform is looking to focus on vendor relations in the near future in these new markets, to enable greater choice and access for the new customers it will gain in these cities.

This Indian startup news also gained attention this week. The new brand with the tagline #MoreToMe will expand the content on the platform so as to cater to both facets of the Mother – as a parent and also as a woman. The company plans to exponentially grow its revenue from an estimated $2.35 Mn (INR 15 Cr) in FY18 to$23.5 Mn ( INR 150 Cr) by FY21 on the back of growing online ad spends and targeting a larger pool of women-centric brands. With Momspresso, it aims to grow its user base from 7.5 Mn monthly visits to 75 Mn monthly visits in three years.

Cash Suvidha plans to extend a variety of loans such as Entrepreneur loans, MSME loans and personal loans in the geography. The company sees Rajasthan as as a potential market with rising digital penetration and growing competition all across industries, especially for investing in MSME’s.

Stay tuned for the next week New Roundup: Indian Startup News Stories Of The Week!