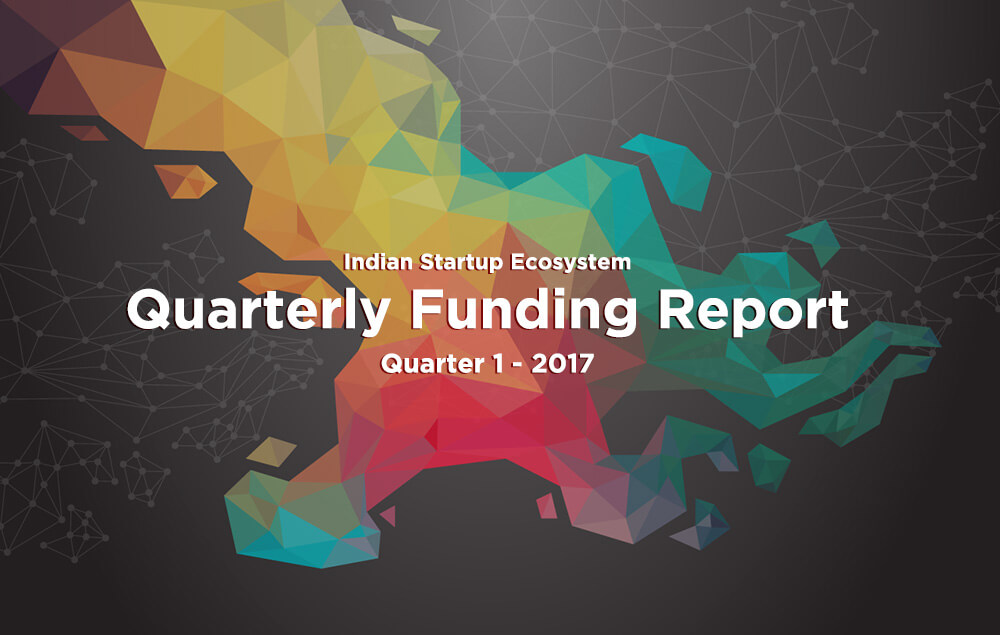 “Your reputation is more important than your paycheque and your integrity is worth more than your career.”  – Ryan Freitas, About.me, co-founder

Reputation and integrity have been the highlight of the year, so far, in the Indian startup ecosystem. Amidst the allegations and controversies surrounding Stayzilla, TVF, and Uber, in Q1 2017, 214 Indian tech startups raised about $1.46 Bn in funding (data is based on startups that disclosed their funding amounts). This is a 25% jump in the number of deals and 122% jump in total funding raised, as compared to the last quarter of 2016.

2016 was a tough year with a decline in funding, receding venture capital and a definite late-stage funding crunch. However, this year’s first quarter has already shown signs of recovery on all fronts. Some of the big ticket deals in the quarter include Paytm, Delhivery, and Ola.

The second quarter also began with a bang. Flipkart finally announced Indian startup ecosystem’s largest funding round, a massive $1.4 Bn round led by Tencent, eBay and Microsoft. With this investment, eBay entered into a strategic commercial agreement where apart from the investment it is also selling its eBay India business to Flipkart.

Coming back to Q1 2017, Consumer Internet continues to be the top sector largely owing to the two big ticket investments in Ola and Paytm.

Healthtech and Fintech continue to gallop all the way to the bank while hyperlocal startups continue to crash and burn in 2017. In terms of deals, Healthtech demonstrated a growth of almost 100% as compared to Q4 2016, while Fintech grew 11% Q-o-Q. In terms of total funding amount, in Q1 2017 Fintech startups raised over 99% more funding while Healthtech startups received as much as 7x funding, as compared to Q4 2016.

In the battle for the top city, Bengaluru has yet again emerged as the clear winner, both in terms of the number of deals and total investment – 69 deals with $671 Mn funding. We also saw a 12.5% increase in mergers & acquisitions in the ecosystem with 13 acqui-hires, 2 mergers and 21 acquisitions.

Now, Let’s have a more panoramic view of the numbers for the first quarter of 2017.

There is no doubt that 2016 was a rough year. With decreasing ticket sizes, course corrections in various sectors and receding VC funds, 2016 brought the Indian tech startup ecosystem out of the 2015 funding bubble created by inflated valuations and over-eager investors.

While Q1 of 2017 has certainly ended on a promising note with Flipkart securing $1.4 Bn in the first week of April, it would be too early to term these changes as trends. The numbers for this quarter are positive, but we still have three more quarters to go for the 2017 story to unfold.