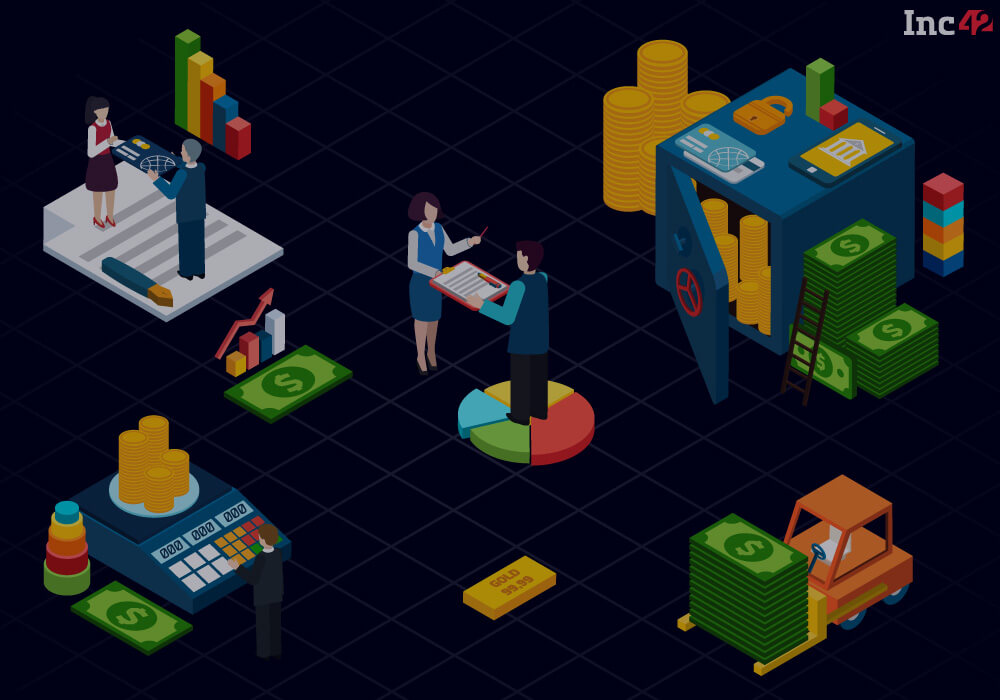 This week 19 Indian startups raised about $72 Mn in funding altogether and three startup acquisition took place in the Indian startup ecosystem. (The startup funding calculations are based on the startups that disclosed funding amount.).

Pepperfry: This is the biggest startup funding round of the week. Online furniture retailer Pepperfry secured about $38.5 Mn (INR 250 Cr) in its fifth round of funding from State Street Global Advisors, the asset management business of State Street Corporation. The raised funding will be deployed to expand Pepperfry’s Experience Centers in Tier II Towns, invest behind developing AR/VR technology for virtual touch and feel, and enhance the Private Brand franchise in preparation for its next financial milestone of an IPO.

AUS: Bengaluru-based drone startup Aarav Unmanned Systems (AUS) raised an undisclosed amount in a Pre-Series A funding round from GrowX Ventures, 500 Startups, and BellWether Advisors. The round also saw the participation of existing investors StartupXseed, 3ONE4 Capital and Sanjay Jesrani, aided by ValPro’s ‘Enablers’. The proceeds from the round will be used for expanding the company’s reach and furthering R&D activities.

MagicPin: Hyperlocal discovery platform MagicPin raised about $1 Mn in venture debt from Trifecta Capital. This is the first round of venture debt funding for the Gurugram-based company. With this venture debt round, the company has raked in a total of $11 Mn in funding since its inception in 2015.

PictureTime: Mobile movie theatre PictureTime raised $3.85 Mn (INR 25 Cr) in a Pre Series A funding round from a group of high net-worth individuals (HNIs). The round of funding was led by Ajay Relan, Founder and Chairman of CX Partners. The company will use the funding to expand its mobile theatres to 100 operational units, from its current 10 units, by March 2019.

Hotelogix: Cloud-based hotel property management system (PMS), Hotelogix raised $5 Mn in a funding round led by Vertex Ventures, with the participation of Accel Partners and Saama Capital. The company plans to use the funds for product innovation and market expansion. Hotelogix is also gearing up to expand its operations in Thailand, and make it the hub for Southeast Asia.

MedGenome: Bengaluru-based genomics research and diagnostics company MedGenome secured an additional $10 Mn in funding from HDFC Ltd., HDFC Life and HDFC Asset Management to complete its Series C round of  $40 Mn. Earlier in August 2017, MedGenome secured $30 Mn in Series C financing led by Sequoia India and Sofina s.a. With participation from Zodius Capital, Kris Gopalakrishnan of Infosys, and Lakshmi Narayanan, former CEO of Cognizant. This made the total amount of funding raised by MedGenome to date to around $64 Mn.

Tripeur: Shorebird Technologies, the makers of the third generation, end-to-end corporate travel management platform Tripeur raised $600K in Pre-Series A funding led by Japan-based Incubate Fund and a few angel investors including existing investor Rajul Garg. The startup will use the funding for deploying latest innovations in artificial intelligence, machine learning and personalisation in various aspects of corporate travel space.

Anaek: Delhi-based SaaS startup Anaek raised roughly $1 Mn in a Seed funding round from Matrix Partners India. The startup funds will be used for marketing and promotion activities.  Anaek will also hire across functions such as engineering, accounting, sales, and advertising.

Ninjacart: Bengaluru-based B2B agri-marketing platform Ninjacart raised around $1 Mn (INR 7 Cr) in venture debt funding round from Trifecta Capital. Ninjacart will use the funding to invest in capital expenditure and strengthen the supply chain infrastructure of the company. The latest funding round raised the total (disclosed) external investmentHireXP in the company to $9.5 Mn.

Gramophone: Indore-based Agstack Technologies, which owns and operates agritech startup Gramophone raised $1 Mn (INR 6.40 Cr) Pre-Series A funding from Info Edge. Post the investment, the aggregate shareholding of Info Edge in Gramophone would be 25% on fully converted and diluted basis.

LiveHealth: Healthtech startup LiveHealth, working on digitising diagnostic lab workflows, raised a Seed round of $1.1 Mn from Nexus Venture Partners. The funding will further enhance its focus on addressing the tech gap in healthcare and enable seamless interaction among all stakeholders.

InnerSense: Organic antimicrobial lingerie brand InnerSense raised $384.5K (INR 2.5 Cr) from Venture Catalysts in Pre-Series A round.  This funding will work as catalyst in the company’s growth plan. Prominent investors of the VCats network who participated in the network included Dharmesh Dalal, Vijay Lakhani & Matulya Shah. I

HireXP: Gurugram-based HR solutions startup HireXP secured an undisclosed amount of funding from the CEO of Knowlarity, Ambarish Gupta along with a British entrepreneur, Marina Zoltoverkh. The startup plans to use the capital to assemble a new product line, CamXP – Campus hiring and Inject AI in the existing platform. The funding will also boost product sales in existing markets and will be used to open new markets by the end of 2018.