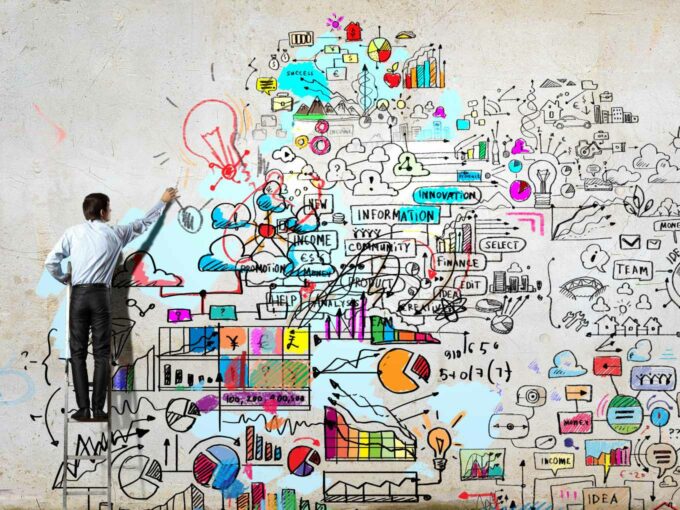 As India tries to ensure a better ranking in Ease of Doing Business, a StartupBlink report for 2020, which tracks startup ecosystems, revealed a big fall in its business score. However, the report put India’s quantity and quality score high.

Compared to its 17th rank in 2019, India slipped six places to 23rd in 2020, according to the report. StartupBlink uses data from startups, accelerators and coworking spaces registered on its platforms as well as data received from global partners like Crunchbase and SimilarWeb.

Among cities too, India took a hit as only four made the cut this year compared to the seven in the top 100 list in 2019. 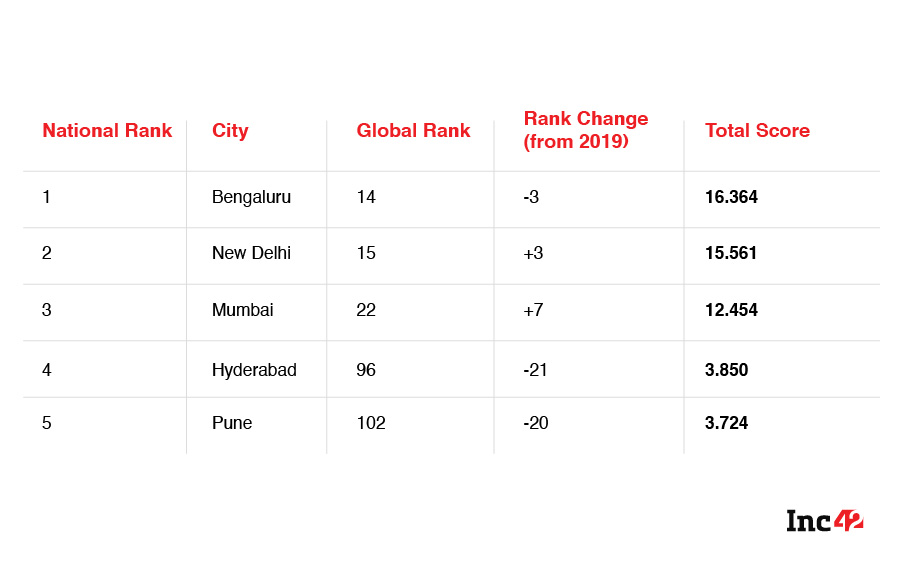 On the regional Asia-Pacific level, three Indian cities have come to the top 10 with Bengaluru, Delhi and Mumbai ranking 3, 4 and 7 respectively. In total, India is represented by 38 cities in the top 1000 list.

The report added that to improve its rankings, India has to focus on strengthening its top three cities and helping more of its 35 other ranked cities to grow faster. “The potential is immense, and improving the business score with better regulation and infrastructure would be extremely helpful,” StartupBlink report noted.

It was noted that some infrastructure problems remain in the country, which gravely affects entrepreneurs and their startups such as internet speed, which is low compared to most other countries and power outages are frequent. 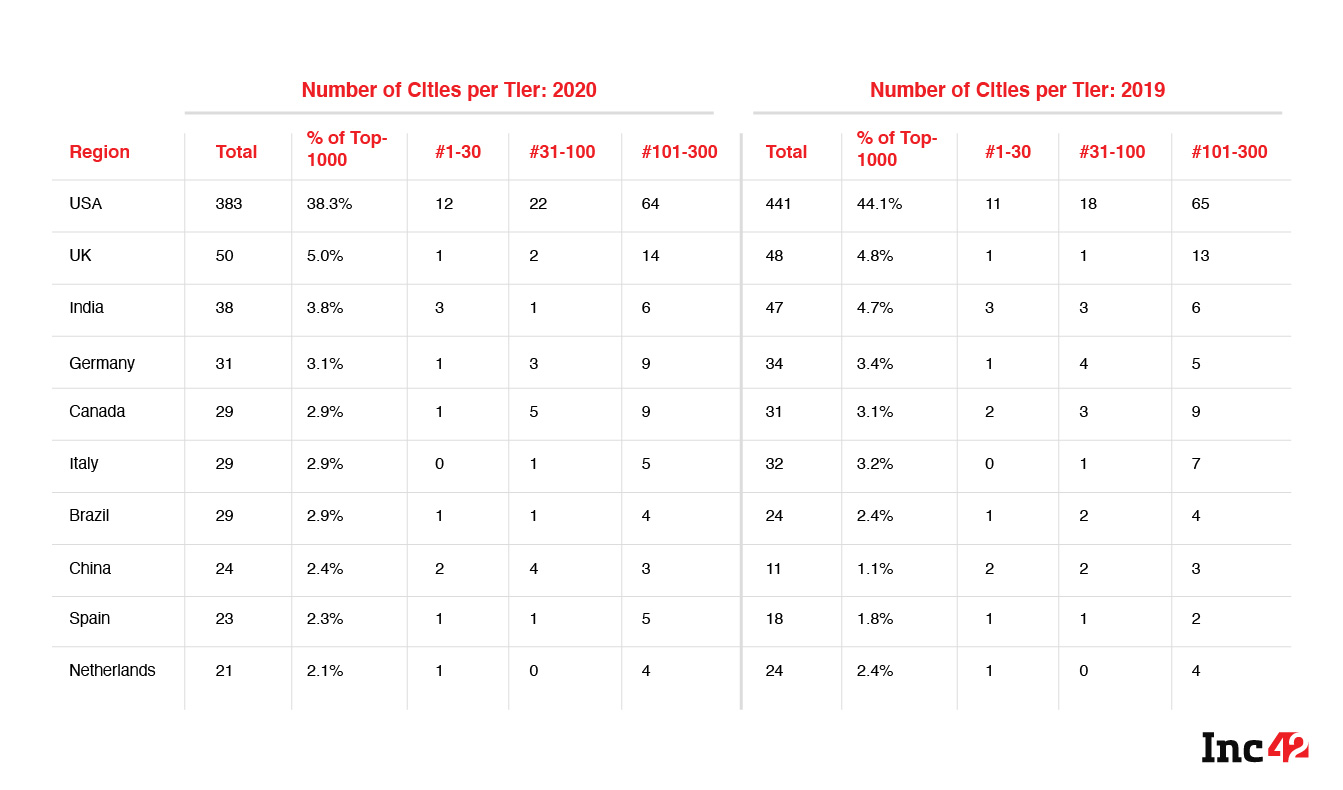 It noted that even Indian unicorns have had a tough year with down rounds and closures. The report also emphasised that the country is economically on the right path, but startups cannot focus only on the local market since the future pace of economic growth is now uncertain for most developing countries.

Hence, it advised entrepreneurs to find innovative solutions that are globally used by many markets simultaneously. “The step of adapting technology that works in other countries was important and done successfully, but now is the time for India to take a global leadership role,” the report noted.

Due to the pandemic, the possibility of businesses getting back on track remains ambiguous unless a breakthrough in the Covid-19 vaccine is achieved in the short term, followed by human trials and widespread administration of the vaccine.

A recent survey by Praxis Global Alliance concluded that 37% of the Indian startup CEOs interviewed only had six to 12 months of cash reserves left. The widespread uncertainty in the market clubbed with the curbing of Chinese capital inflow in the economy has resulted in an overall slowdown in the venture capital deal flow in the Indian startup ecosystem.

In recent months with pandemic-induced stress and financial ambiguities, India’s attempts to gain back this ranking may be tough.