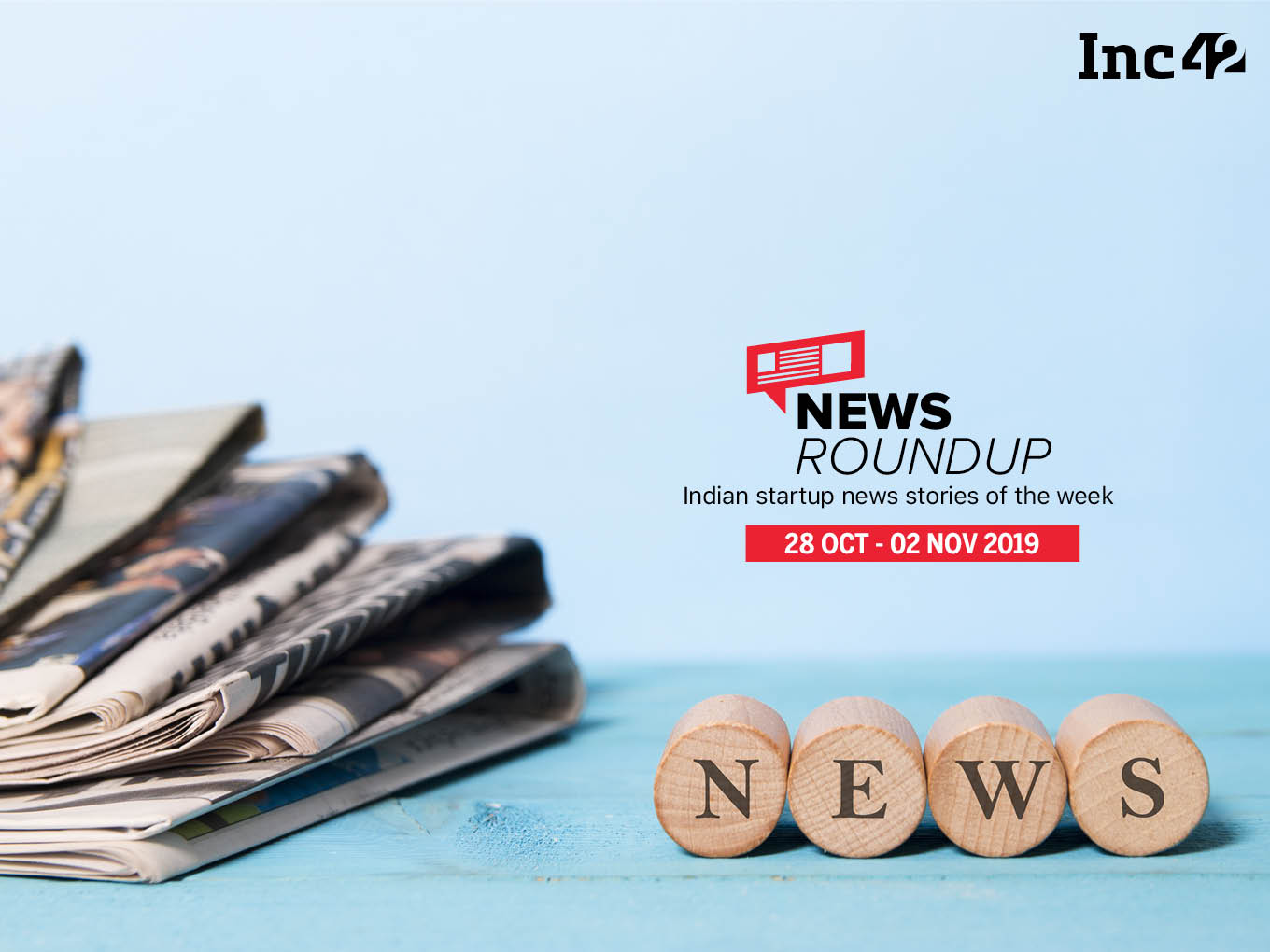 In one of the most important developments for the Indian startup ecosystem this week, Prime Minister Narendra Modi urged global businesses to invest in Indian startups and get best possible returns for their investments. He was speaking at the third Future Investment Initiative (FII) forum held in Riyadh on October 29.

PM Modi said that transformative technologies such as artificial intelligence and genetics have been becoming an important part of people’s lives. He emphasised that India has integrated these across various segments like hospitality, healthcare, transportation, tourism and foodtech among others, he added.

Recently, the German Chancellor Angela Merkel was in India for a three-day visit to New Delhi, to discuss the bilateral trade between the two countries, where India and Germany are likely to sign agreements for agritech and green urban mobility projects.

Further, India’s nodal body for startups, the department for promotion of industry and internal trade (DPIIT), is looking to approach the centre for approval of its comprehensive vision document to further promote startups in India.

In another update, MeitY is continuing its push for digital payments. The Ministry on October 30 sent a letter to banks and payments firms to increase their digital transactions in the financial year ending March 2020 to 45 Bn (by volume) from 40 Bn. Paytm Payments Bank and private sector lender HDFC Bank have been entrusted a large share of achieving these targets.

Here are other important news stories of the week:

Foodtech: Swiggy VS NRAI And More

Swiggy has been making the headlines this week as Larry Illg, CEO of Prosus Ventures (earlier Naspers Ventures) said that the Indian foodtech market is promising, and the US companies in the space should learn from the developing economies in terms of accessibility and profitability.

The National Restaurants Association of India (NRAI), on the other hand, is having a tough time with the Indian foodtech companies, and Swiggy is trying hard to resolve restaurant partners issue related to deep discounting, uneven commissions and data masking.

In addition to this, the Indian police are not happy with the food delivery companies, as they have been breaking traffic rules repeatedly, and police blames it on the unfair incentive structure.

The Indian Direct Selling Association (IDSA) is asking for government’s help to put an end to unfair trade practices of the ecommerce companies. The direct sellers body is asking the government to regulate the ecommerce players from selling products of direct selling companies to protect the interest of the industry, which has seen a 16% compound annual growth rate (CAGR) since 2015-16.

IDSA highlighted the deep discounting offered by the ecommerce companies are affecting the direct selling business. The body accused ecommerce players of indulging in illegal and unauthorised sales of direct selling of products.

Earlier this week, Uber announced its entry into fintech services called Uber Money. Uber claimed that the drivers will be benefited from this, as the company has introduced an instatnt-pay option, where the drivers can review their earnings after each ride and can redeem it according to the need.

The hoteliers have launched a complaint against three big players in the hospitality sector — OYO, MakeMyTrip and Goibibo — for affecting their businesses, due to predatory projects, high commissions and non-uniform commissions The Competition Commission of India (CCI)-directed official to carry out a detailed investigation in the matter and submit a report to the commission within 150 days.

Rapido, a bike-rental startup has finally made its way to Delhi. The company will primarily be focusing in central and southern areas of Delhi. The Rapido said that it will be providing last-mile commutes, especially for people, who use the metro on a daily basis.

WhatsApp revealed a piece of shocking information. The instant messaging app claimed that the Indian government has previously used the Isreali spyware to spy on a dozen users, which includes academics, lawyers, activities and journalists. Pegasus, a surveillance firm created by Israel’s private NSO Group, was involved in the scrutiny of data in India during the run-up to the 2019 general elections. Ravi Shankar Prasad, the Minister for Electronics and Information Technology (MeitY), in a tweet said that government of India is concerned about the breach of the privacy of citizens of India on the messaging platform WhatsApp.

Other Indian Startup News Stories of The Week

The SaaS unIcorn Freshworks has partnered with Robert Bosch Centre for Data Science and Artificial Intelligence (RBCDSAI) in IIT-Madras to improve the predictive capability of its customers’ relationship management (CRM) software.

India is one of the most attractive markets for tech companies, and Indians on an average download 5 Bn mobile applications, out of the total of 29.6 Bn downloads around the word.

Commerce and industry minister Piyush Goyal said that there is no such thing as angel tax in the Indian market. At CII event in Delhi, he stated that the startups will never be harassed and that the government is taking steps to promote them.

Netflix is launching the first episode of ‘The Brand New Show” on its YouTube channel on October 31, which will be hosted by Instagram influencer Kusha Kapila. The show is a combination of a talk show and sketch comedy, which will be aired fortnightly.

Wandera, a cybersecurity firm recently reported about the infected apps with a clicker trojan malware. The apps were said to communicate with a known command and control (C&C) server to simulate user interactions to increase advertising revenue. All the 17 apps were published from different countries and were being developed by Gujarat-based AppAspect Technologies.

More than 71 videos of child pornography, rape and gang-rape among other offensive videos, were removed from social media, as stated by the home ministry’s annual report released last week. However, more than 10K complaints of online content pertaining to child pornography and child sexual abuse were filed till March 31, 2019.

Stay tuned for the next week’s edition of News Roundup: Indian Startup Stories Of The Week!