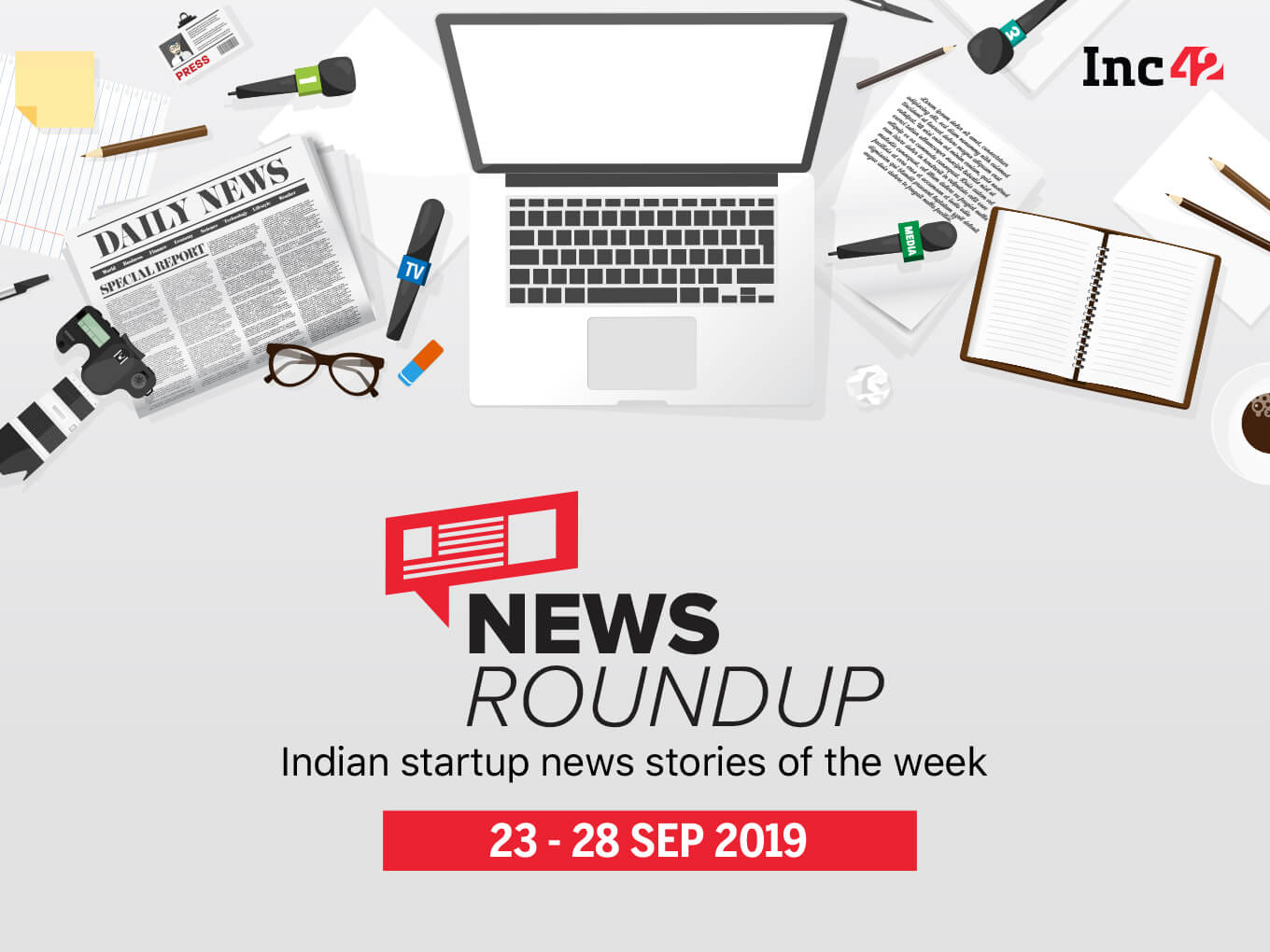 This week, addressing the gathering at the foundation stone for a new building to house the Registrar General of India (RGI) in New Delhi, union home minister Amit Shah said the next census of India in 2021 will be a “digital census” with a mobile app used to collect data. Shah also talked about a multipurpose identity card. Shah’s plan was seconded by Registrar General of India Vivek Joshi who said the result of 2021 would be available almost immediately. In the pilot project “30 lakh people” were successfully enumerated using the mobile application, he added.

Further, speaking at the Bloomberg Global Business Forum on September 25, India’s Prime Minister Narendra Modi said that the government will further ease the tax regime for businesses by introducing a tax on equity investments in compliance with the global tax regime. Recently, Prime Minister Narendra Modi, along with US President Donald Trump, also addressed the “Howdy, Modi” rally on Sunday in Texas, which was attended by more than 50K people from the Indian-American community.

HC Issues Notices To The Central Govt And OTT Players

Indore bench of Madhya Pradesh High Court issued notices to the central government and ten OTT platforms i.e AltBalaji, Netflix, Amazon Prime, Ullu, Voot, Vuclip, Hoichoi, Yashraj Films, Arre and Zee5. The notice came in response to the plea calling for regulations against alleged streaming of obscene and sexually explicit content. The division bench of Justice S. C. Sharma and Justice Shailendra Shukla has asked for responses in this context from the Centre and the OTT platforms within six weeks.

Ease Of Trading And  Improved Tax Grievance Process For Startups

Securities and Exchange Board of India (SEBI), on September 23, announced a framework to allow startups to easily switch from Innovators Growth Platform (IGP) to main board trading. Under the SEBI’s new framework, startups should have profitability of three years or at least 75% of its shareholding with “qualified institutional investors”(QIB) for the option to trade under the regular category.

In another development, the CBDT order has given fresh directions for handling grievances of startups. In case of any grievance, the preliminary action taken report is to be submitted to the office (CBDT) by the next day, that is within one working day of calling of the report by CBDT. The final ATR (action taken report) in this regard is to be submitted within three working days of calling of the report by CBDT.

India From The Lens Of Analysts

According to a consulting firm RedSeer, the industry GMV for the festive days in 2018 had jumped 77% year-on-year, in comparison to the overall annual growth at around 35%. In other words, festive sales growth was more than double the annual average sales growth for ecommerce sites. Also, players like Amazon and Flipkart are expected to create 1.5 Lakh jobs this festive season.

With Flipkart and Amazon being major competitors, Paytm Mall will be expanding its catalogue to include over 1 Mn products ranging from toys, collectables, fashion, automobile accessories, gifts, and decor festive items. The retail branch of Paytm will be investing INR 30 Cr to promote the catalogue.

Stock trading platform Zerodha has set up an over INR 200 Cr (around $28 Mn) employee stock ownership plan (ESOP) for 850 employees. The company does not have any immediate plans for an IPO but might eye a public listing in the next four to five years. Zerodha’s public listing will give the ESOP holders the option to exit or vest their shares.

Amazon is finally looking to launch its food delivery platform in India by the end of 2019. The ecommerce behemoth is trying to lure restaurants away from reigning players Swiggy and Zomato by proposing to take the lowest cut (also known as take rate) from the restaurant.

Not all is rosy in Amazon’s plans, however. Multiple restaurateurs complained that despite the lower take rate Amazon’s platform does not have very clear terms and conditions right now. “Amazon’s sales persons have asked me to contribute to the cost of delivery separately, and this charge is not being disclosed,” said one restaurateur who preferred to remain anonymous.

Further, Amazon Alexa will soon be getting a multilingual mode that will allow users in India to talk to the voice assistant in both Hindi and English simultaneously. The new update, which will be rolled out early next month, will enable Alexa-powered devices to switch between both languages, without the need to change the device language setting.

Paytm said it has partnered with over 14 Mn merchants across the country and with this new offering, it will expand its reach to another set of 2 Mn retail outlets in the market. The company had recorded a gross transaction value (GTV) of over $50 Bn while clocking 5.5 Bn transactions in FY19. Paytm has earlier claimed to own around 70% market share in overall digital payments across online and offline merchants.

Huawei Asks Govt Why It Should Invest In India

Ahead of the government’s plans to begin trials for 5G technology, Chinese electronics giant Huawei has raised concerns on investing in the country’s telecom infrastructure. Jay Chen, CEO of Huawei in India, said his company was looking to invest more in export manufacturing in India. “We are open to manufacturing 5G equipment, and even look at exports… but if I am not allowed to participate in 5G here, then why would I have manufacturing here?

Buttercups’ founder Arpita Ganesh took to LinkedIn to say that she is closing the Bengaluru-based online lingerie startup, a couple of months after the website was shuttered. Buttercups claimed to have up to 43% repeat customers. The company has raised $1 Mn from investors such as Anand Chandrasekaran, Rajan Anandan, Kanwaljit Singh, Manoj Varghese, Angie Mahtaney and others.

As the hyperlocal delivery battle intensifies, BigBasket has rejigged its operational model to make all deliveries under four hours, according to a media report. In the earlier model, it used to offer two delivery options including 90-minute delivery and next day scheduled delivery.

Epharmacies Nothing More Than Errand Boys

Gurugram-headquartered startup 1mg, on Tuesday, told the Delhi High Court (HC) that epharmacies are like “Ramu”, the errands guy, who just follows orders and delivers the goods. The company also compared epharmacies with Ola, Uber and Swiggy, which do not need a license to operate.

Reliance Jio and state-owned BSNL were the only telecom providers to have a net gain in subscribers at the end of July 2019, according to the latest data released by TRAI. While Vodafone-Idea and Airtel lost subscribers overall, Vodafone-Idea leads the telecom industry in terms of market share, with Jio in second place.

Also, as per a report by a market research Kantar Millward Brown, Reliance Jio could end up being the world’s top 100 most valuable brands in the next three years. This would mean the Jio brand would be seen in the global area along with the likes of Amazon, Apple and Google.

How Uber Riders Can Claim Insurance

Global ride-hailing major Uber has now rolled out a new feature for its India customers with passenger insurance at no extra cost over and above the ride fare. Uber India has partnered with insurance companies Bharti AXA and TATA AIG.

During the Google for India event on Thursday (September 19), Caesar Sengupta, vice-president, Next Billion Users Initiative and Payments said that the company is launching a phone line for the non-internet users. The company said that it is launching Vodafone-Idea Phone Line—supported by the Google Assistant— which enables Vodafone-Idea users to call a single number free of charge (000 800 9191000), at any time, and ask for nearly everything. The questions can range from sports scores, traffic conditions and weather forecasts or get help with homework.

Club Factory India parent Globemax Commerce Pvt Ltd has been asked to submit documents in a case by the Delhi commissioner of customs over non-compliance with Customs Act 2962. A Techcircle report said that the Club Factory had imported goods from its parent entity but the goods were confiscated. The customs office has claimed that imported goods were found to be wrongly declared as business-to-business (B2B) shipment as the department found them to be business-to-consumer (B2C) shipment during preliminary investigations.

The company is reportedly adopting applications and partner-based approach to growing its IoT business in India. It is also continuously investing in developing the narrowband IoT (NB-IoT) ecosystem in the country.

Zomato, though, was embroiled in a major conflict with restaurants and associations over the last month, refuses to let it hamper its growth. To keep the business up and running, the company has expanded its Gold offering to its food delivery options.