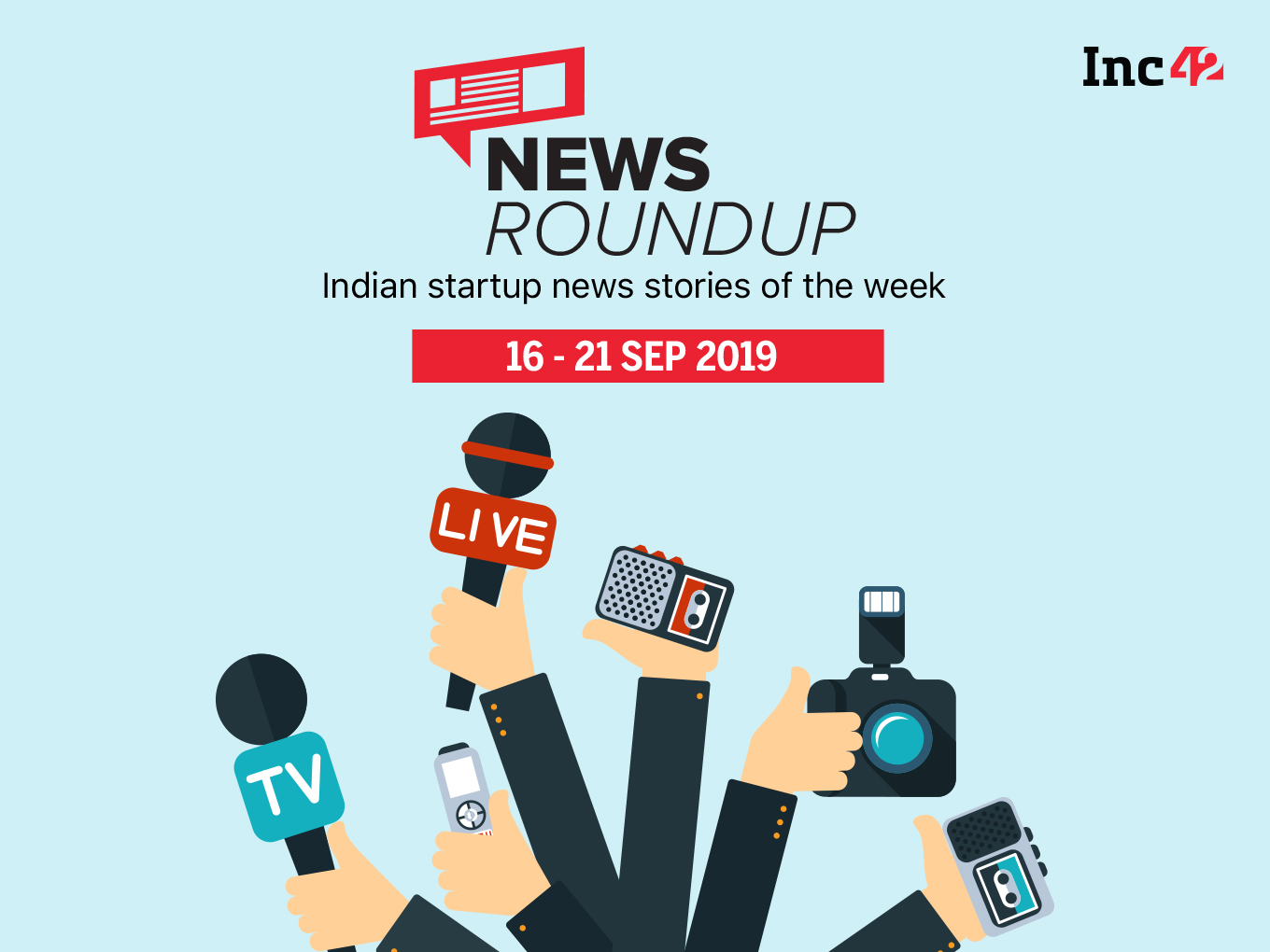 In one of the important developments in the Indian startup ecosystem, after months of speculation, the Indian government has banned e-cigarettes in India with immediate effect. Blaming uncertain health risks and the increasing use of vapes, e-cigarettes and ENDS (electronic nicotine delivery systems), Sitharaman said India is banning any operations based around e-cigarettes. This includes “production, manufacturing, import/export, transport, sale, distribution, storage and advertising related to e-cigarettes” Finance Minister Nirmala Sitharaman said at a press conference.

In another development, India’s first legal alcohol home delivery startup HipBar might have to close down their services permanently in Bengaluru. Karnataka High Court, in a ruling, stated that the excise laws do not have the provisions to permit licensing of the alcohol delivery under Karnataka Excise Act, 1965. The verdict of banning the online sale and home delivery of alcoholic beverages in the state was delivered by HC Justice S Sujatha. The HC also dismissed a petition filed by the alcohol delivery startup.

These are tough times for Indian startups. Whether its cryptocurrency, e-cigarettes or alcohol delivery, the government should have looked for finding ways to regulate these segments rather than banning them. With this thought in mind, let’s have a look at the other important news stories from the Indian startup ecosystem.

The petitioner, Antony Clement Rubin, submitted a request to amend the original petition to mandate verification of social media accounts instead of linking them with Aadhaar. In the request submitted, Rubin sought the removal of any mention of “Aadhaar” and allow the social media platforms to be verified using any “government approved or authorized identities”.

Data Should Benefit Citizens, Not Companies

Infosys cofounder Kris Gopalakrishnan said that the opportunities provided by data should not be limited to corporations, but should also include citizens by protecting them from growing vulnerabilities in the digital space. Gopalakrishnan was appointed as the head of a committee formed by the Ministry of Electronics and Information Technology, last week, to study issues related to non-personal data. As the committee head, he is also supposed to suggest ways to regulate such data.

From The World of Ecommerce

After #logout campaign, discontinuing infinity dining service, altering rules of Zomato Gold, and multiple layoffs, the company’s next trouble has brewed from its delivery partners. Around 3K delivery executives in Mumbai and another 3K in Bengaluru have logged out of the app and have been protesting since Saturday. The protesters are complaining about the change in Zomato’s payment systems.

Also, a fresh round of talks between the National Restaurants Association of India (NRAI) and online food platforms on Friday (13 September) was largely positive but failed to yield any resolution to the critical issues of deep discounting by Swiggy and Zomato.

Swiggy, on the other hand, has started focusing on its wholestore initiative. Swiggy and Dunzo have reportedly partnered with wholesale stores to power their hyperlocal delivery operations, according to a media report which cited sources close to the development.

Foxconn’s factory in Chennai will be used as a manufacturing unit for Apple’s product. Apple’s other component suppliers will also be investing in the venture. Minister of electronics and information technology Ravi Shankar Prasad confirmed the global tech giant’s intention to ramp up manufacturing with the new unit in Tamil Nadu.

The Bruhat Bangalore Hotels Association reportedly said in its letter to the commissioner, “owing to the unfair business practices of OYO receivables and losses to hoteliers in Karnataka amounts to hundreds of crores.” This development came on the heels of a police complaint filed by another Bengaluru hotelier Natarajan V R S, who alleged the OYO’s founder Ritesh Agarwal and two other company representatives of cheating and criminal breach of trust.

LivePools has announced a strategic partnership with social media influencer Dan Bilzerian, which is the first multi-millionaire equity partnership with an Indian startup. The details of the investment or equity have not been revealed yet. Bilzerian said he has been monitoring the Indian market for a while and backed LivePools because of its growth plan and strategy.

In a meeting held last week, Facebook representative had given government officials an alternative to absolute traceability of messages. However, the government has refused to budge. NPCI also asked the Facebook-owned instant messaging app to make changes in its policy to get the final approval. However, the company hopes to offer the service by the end of the year.

Social media companies have reportedly told Internet and Mobile Association of India (IAMAI), that restrictions on social media political advertising 48-hours before the voting date should also include other internet companies. The social media companies like Facebook, Twitter, Sharechat and others, are concerned about the volume of takedown notices they might have to handle in the wake of upcoming state elections in India.

CCI To Look Into Deep Discounting On Flipkart, Amazon

The ecommerce platforms end up making up 60% of the sales during the festive season, compared to their annual sales. To give these sales a further boost, the platforms come up with extensive offers, faster deliveries and better discounts. CCI chairperson Ashok Kumar Gupta, told in a media report that deep discounting is an “unviable” option for the long run as it reduces the value of products and services in the eyes of the consumer.

Surge Price Cap: Uber Drivers May Get In trouble

The Karnataka government has capped surge pricing fares at two times the base fare (2x), which Uber claims as driven up costs for drivers. “Given the higher costs of running cabs in the city, drivers took home 22-25% less than counterparts in Hyderabad,” said Uber.