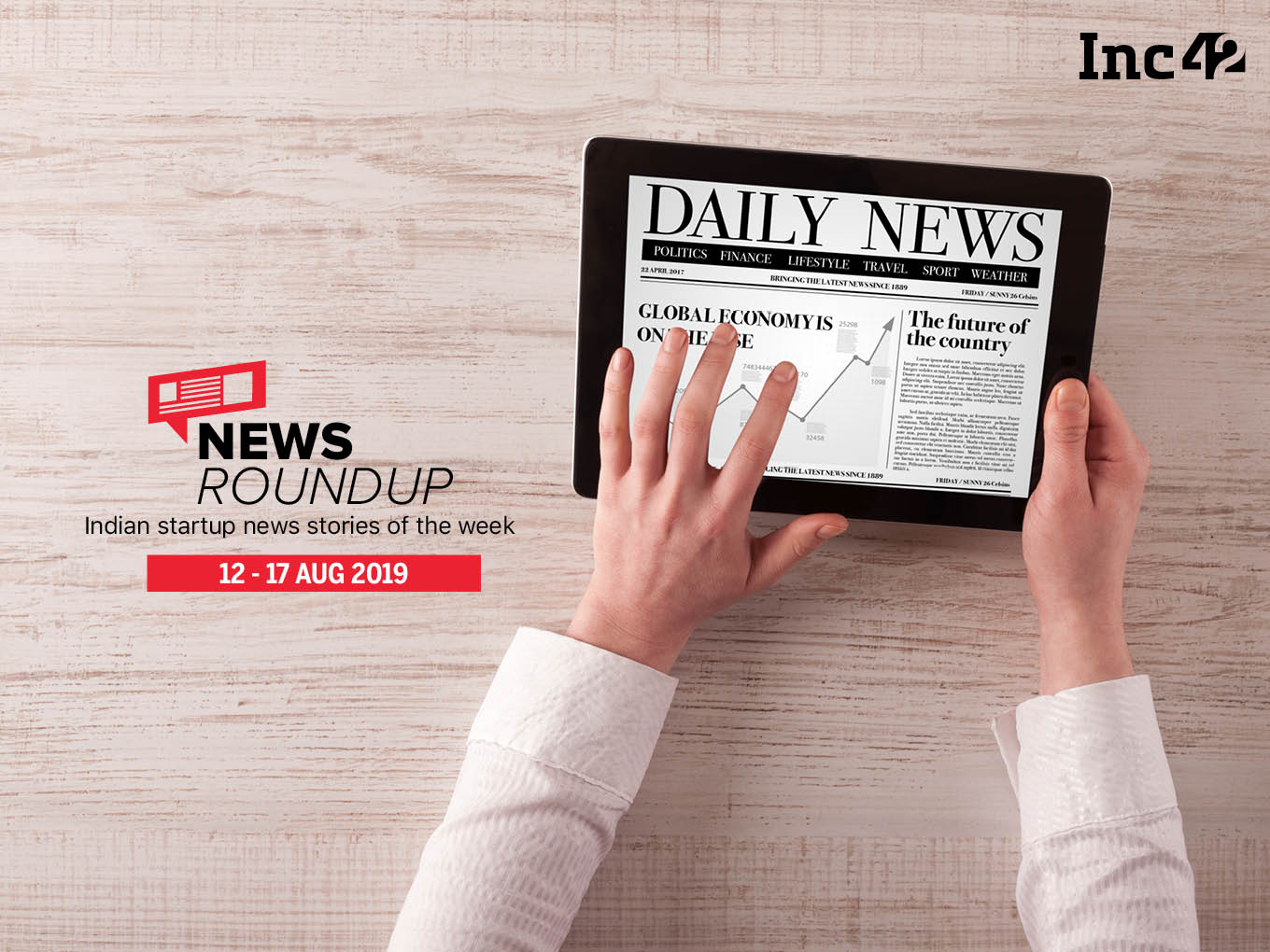 This week in the Indian startup ecosystem, while introducing the recent historic changes to Article 370, which revoked the special status for Jammu & Kashmir, the Indian government said the move would encourage private investments in the newly-formed union territories of J&K and Ladakh. And now in the first media interview since that controversial decision, India Prime Minister Narendra Modi said that he is very confident that investments will flow into Jammu & Kashmir.

The government will soon be launching a slew of developmental initiatives and infrastructure programmes for the newly reorganised union territories of Jammu and Kashmir, and Ladakh. Also, after weeks of curfew and a communication blackout since the beginning of the month, the central government has asked Twitter to take down eight accounts for allegedly spreading fake news about J&K and Article 370. The accounts that have yet to be taken down have shared views that are contrarian to many mainstream media reports and the central government’s official press releases about the situation in the Kashmir valley.

Messaging platform Snapchat has opened its first office in India, choosing Mumbai to set up its base in the country. The platform is looking to build a local team to understand Indian audiences better and it’s a sign that the company is moving on from its idea that India is not a rich enough market for it to monetise as successfully as it has done in the US.

In a bid to challenge deep discounting practices of restaurant reservation aggregators, over 300 restaurants under the National Restaurant Association of India (NRAI) have started a #Logout campaign. These restaurants in Gurugram are reportedly delisting themselves from platforms such as Zomato Gold, EazyDiner, Dineout’s Gourmet Passport, Nearbuy, MagicPin among others.

Riders from both the Hindu and Muslim community have come out to protest against the company for allegedly forcing them to deliver beef, or pork, respectively. Although the protests and the debate around it, which began on Sunday, now have religious undertones, they actually started with a demand for pay revision, with protesting delivery executives claiming that a delivery trip that fetched them INR 80 was revised to INR 25 a trip.

The feature enables the user to use their fingerprint to open the app. However, users will be able to answer their calls even if the app is locked. Users can enable the feature by opening WhatApp’s “Settings”, go to “Account”, click “Privacy” and set the fingerprint lock

In another development, Facebook has filed a transfer petition in the Supreme Court on a lawsuit regarding WhatsApp traceability. The transfer petition is scheduled for hearing in the apex court on Tuesday, according to the court website. The case is currently being heard at the Madras High Court. However, Facebook has not revealed where it wants the case transferred.

Ahmedabad-based digital payments and Platform as a Service Provider (PaaS) Infibeam Avenues has reported 129% YoY growth in consolidated profit after tax to INR 288 Mn driven by strong transaction growth in digital payments. The company is now looking to grow its merchant base and enhance its reach in the Indian market as well as increase its digital payments market share in India and UAE. There are plans to expand and launch digital payments with checkout solutions in more countries including in  Saudi Arabia.

As US-based coworking space provider WeWork prepares for its public listing, the company has continued to further expand its business in India. It is expanding into Pune market where it has taken on lease over 1.22 lakh sq ft office space to launch 24th centre in the country. The centre is expected to be launched early next month.

India saw double-digit growth in the smartphone market in Q2 2019, making it the fastest-growing smartphone market of its size globally. The growth is expected to increase in the festive season, which lasts from Onam to January 2019, as smartphone sales —  both online and offline — increase exponentially.

The partnership will enable users to avail Zoomcar self-drive services on ixigo’s platform. Catering to its 130 million plus user base, Ixigo facilitates over 200 million monthly travel searches. By getting into an in-app partnership with them, Zoomcar aims to tap into ixigo’s dominant mindshare of travellers and active users.

The MoU aims at generating  1000 jobs in Himachal Pradesh. Over the next five years, Pumpkart will assist small and medium retailers in expanding their businesses.