A recent TRA research revealed that among trusted brands in India, Amazon is the leader, followed by Google and Facebook 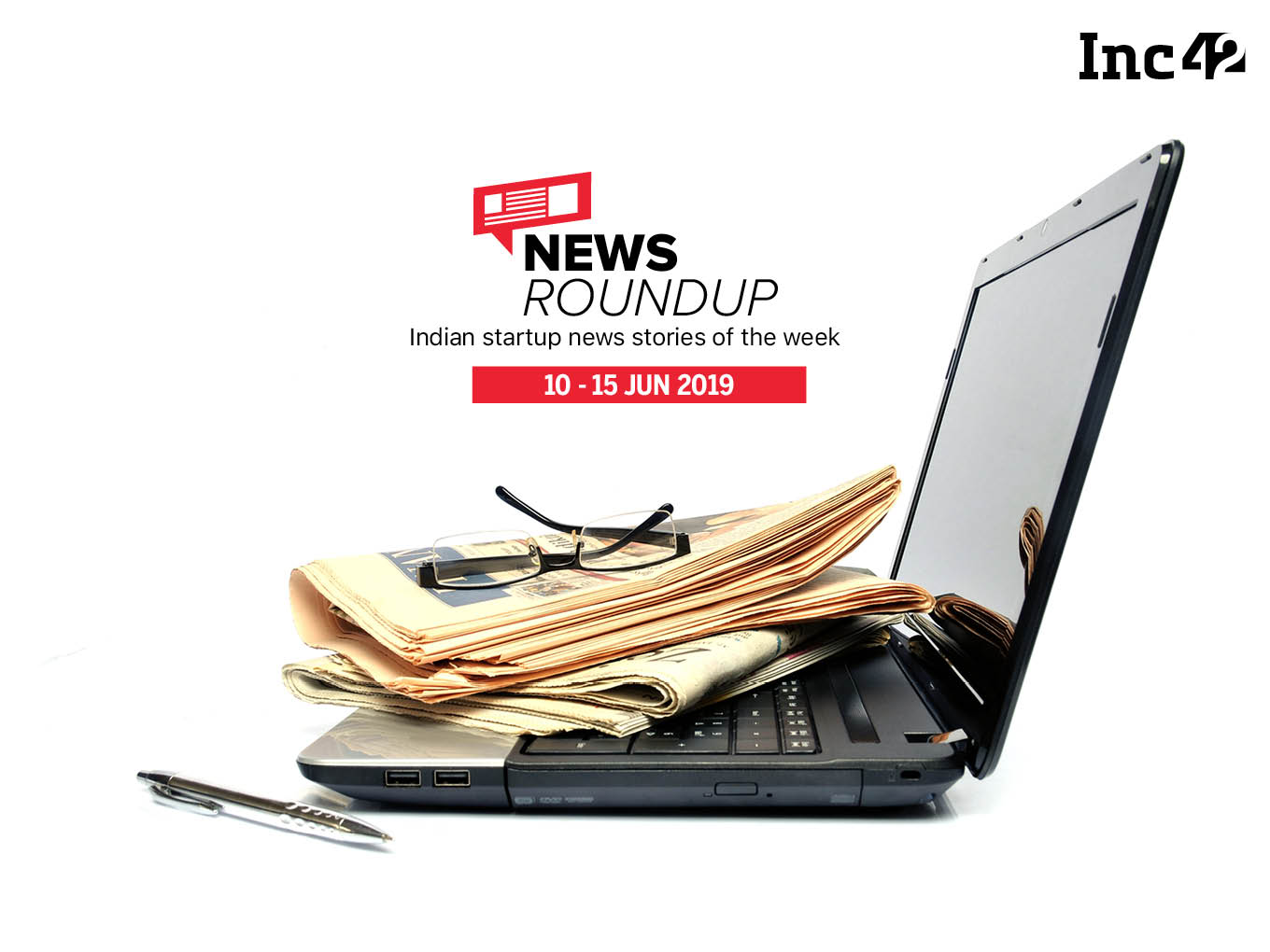 In a bid to encourage the states to develop their startup ecosystem for the second edition of the States’ Startup Ranking for 2019, the Department for Promotion of Industry and Internal Trade (DPIIT) has now extended the deadline for responses by three months till 30th September based on the requests of many state governments.

In other news, the finance ministers from the G20 nations have concluded that their economies will have to find a common way to tax technology giants, whose digital business models have developed faster than the taxation systems that attempt to regulate them.

Citing Masatsugu Asakawa, Japanese vice minister for finance, a Bloomberg report said that the countries plan on doubling their efforts to achieve consensus by 2020. India and other developing countries may oppose  US, Japan and Australia’s attempts to finalise the new trade deals and do away with curbs of data flows during the two-day G20 trade ministers’ meeting in Japan to be held from today (June 8).

Minister Piyush Goyal Defends Right To Use Data For Country

Indian Commerce and Industry Minister, Piyush Goyal at G20 Trade Ministers’ meeting said that countries must have sovereign right to use their data including personal, community, and public data, for the welfare of people, and advocating for free trade should not be necessarily lead to justification of data free flow. Talking about the requisites for making global ecommerce rules, he further said that the issues of privacy and security should be given due consideration in the debate on free flow of data with trust.

The Future Of Ecigarettes And Vapes

The Drugs Technical Advisory Board of India has reportedly approved a proposal to regulate electronic nicotine delivery systems (ENDS) such as ecigarettes and vapes as “drugs” and prohibit their sale in the country. A Press Trust of India report said that DTAB on Tuesday (June 11) agreed on a proposal to prohibit the manufacture, sale and distribution of ENDS, including ecigarettes, as well as their import under Sections 26A and 10A of the Drugs and Cosmetics Act, 1940.

In a notable step for financial inclusion via payments banks, the Ministry of Health and Family Welfare (MoHFW) has reportedly tied up with India Post Payments Bank (IPPB) to train postmen to help Tuberculosis (TB) patients access cash support by opening bank accounts from the comfort of their homes. The idea is to leverage India Post Payments Bank’s network to fulfill ministry’s direct benefit transfer (DBT) scheme of INR 500 a month for nutrition support. The bank account details will be shared with the Ministry for transferring funds. The plastic card with the patient will be transformed into an ATM/debit card, which the patient can use for transactions.

Ecommerce giant Flipkart has moved a significant portion of its manufacturing and sourcing of in-house brands to India from China and Malaysia to align itself with the central government’s Make In India vision. Citing Adarsh Menon, head of private label business at Flipkart, a report said that the Walmart-owned etailer so far sourced almost all of its electronics for MarQ, Billion and SmartBuy from China, but now it has reduced down to 50%.

In a statement to the US Securities and Exchange Commission, NASDAQ-listed online travel company Yatra has shared details about the complaint filed by Air Travel Bureau alleging cheating and criminal breach of trust. In July 2017, Yatra India had entered into a share purchase agreement with Air Travel Bureau Private Ltd

Smartphone shipments from online channels reached its highest ever share of 42% in Q1 2019, according to research by Counterpoint’s Market Monitor service. Online purchases of mobile phones saw an increase of 17% year-on-year (YoY) in the first quarter of 2019, driven by offers, sales events, and attractive launches. Smartphone shipments in the offline segment declined by 4%, while the online segment grew by 17% YoY. Xiaomi, Realme, ASUS, and Huawei were the most sold brands on Flipkart and accounted for more than four-fifths of its total smartphone shipments.

According to a report by News18, Nikhil Upadhye, who founded Cdspace Robotics Limited had indigenously developed a drone at IIT Kanpur’s incubation centre for carrying payloads. Similar projects may be undertaken to ensure the reliability of the drones. Citing healthcare experts, the report said that the use of drones in healthcare may prove to be a game changer in states which are not easily geographically accessed.

Bengaluru-based bus ticketing platform redBus has announced the launch of its carpooling service rPool which will allow office commuters to avail and offer rides in their personal vehicles to others while travelling between home and office. According to the company, the pooling service uses advanced technology to connect ride givers and ride takers in a fast convenient manner possible. Its matching algorithm ensures that ride givers don’t have to deviate from their daily work route and ride takers get to travel the maximum distance of their commute as a part of this service.

LetsVenture is launching a campaign to build a standardised framework for startups’ employee stock ownership plans (ESOPs). The angel investment firm believes that such a standardised framework will help startups to attract talent from top global companies. The new framework is expected to give startup employees more transparency on their stock options and the flexibility to liquify their shares in case of certain events.

This is the second time that the Ratan Tata-backed company has cut jobs after 2016, and now according to a report, it will be recording profit from next month at the EBITDA (earnings before interest, tax, depreciation and amortization). It also aims to deliver INR 8-10 Cr of EBITDA this fiscal. In January, it had announced its financial results for the fiscal year ending March 31, 2018, reporting a revenue of $21.68 Mn (INR 151 Cr) — a jump of 202% against the last financial year revenue of $7.17 Mn (INR 50 Cr).

TikTok, the short video making and sharing app owned by China’s ByteDance, is looking to expand its user base in India as a part of its monetisation strategy. The app’s staple content base has come from short videos, movie clips, and karaoke videos. With a new, diverse user base, which brings in more engaging content to the platform, the app is looking to expand, hoping that the advertisers too will take notice of the increased user engagement.

Strike Against Ola-Uber In Maharashtra

Maharashtra’s three-wheeler autorickshaw drivers threatened to go on an indefinite state-wide strike from July 9, if their demands are not fulfilled by the state government. Drivers’ have demanded shutting down of ride-hailing companies such as Ola and Uber, which they claimed are illegal. Further, the union of more than 10 lakh auto drivers asked the state to instate a welfare body for auto drivers making them eligible for pension, provident fund, gratuity, and medical help.

The Act Of Influencing User Choices

According to the Internet Trends 2019 report by “Queen of the Internet” Mary Meeker, Google and Facebook are increasingly becoming major platforms for advertising across the globe. In its report, Meeker highlighted that Indian users form 12% of 3.8 Bn global internet consumers. Global internet users now make 51% of the world’s population and it is a considerable growth as compared to 29% of the world’s population using the internet in 2009.

Among the broad categories that online education platforms operate, Mary Meeker’s report has featured the Indian edtech unicorn BYJU’S for its virtual video-based classrooms. According to the report, BYJU’S number of paying students between the ages of 9-17, has crossed over 1.5 Mn in March 2019 from the 1 Mn mark in the last financial year.

Digital payment giant Paytm has requested the Reserve Bank of India to allow the operations of minimum know-your-customer (KYC) wallets even after August 31 when the central banks full KYC mandate gets implemented. Also, Paytm has announced that it will invest INR 250 Cr for the expansion of Paytm QR in tier 4 and 5 towns this year. The company already dominates offline merchant payments in large cities and metros. With this investment, Paytm expects to reach more than 20 million merchants across India by the end of this fiscal.

Gurugram-based food delivery and restaurant discovery platform Zomato has taken the next-generation tech leap with its first successful attempt at food delivery via a drone. The test, which was conducted using a hybrid drone, had a fusion of rotary wing and fixed wings on a single drone. Zomato claims that the test drone was successfully and seamlessly able to cover a distance of 5 kms, in about 10 minutes, with a peak speed of 80 kmph, carrying a payload of 5 kgs.

Bengaluru-based ride-hailing unicorn Ola has spread its wings to the United States of America to develop the next-generation technologies. The company will set up Advanced Technology Centre in San Francisco Bay area and will be building a team of over 150 engineers. The centre is part of Ola’s global initiatives to further drive mobility-led transformation to billions across the world. The Advanced Technology Centre will look to onboard world-class talent who will collaborate closely with global teams in the various geographies where Ola operates.