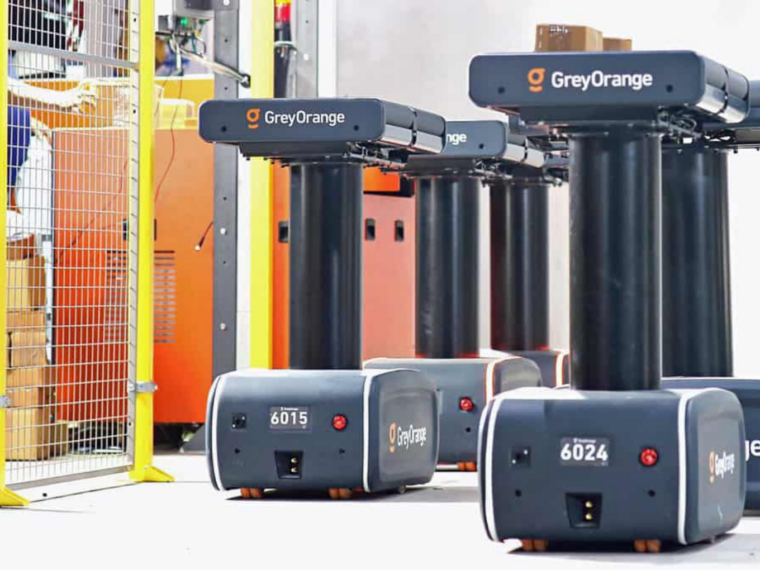 The latest development follows last year’s report when the company was evaluating a U.S. IPO

Tiger Global-backed Indian robotics firm GreyOrange has raised $110 Mn in comprehensive growth financing. A majority of the latest funding came from its existing investor Mithril Capital Management and a distinguished group of current and new investors, along with separate financing provided by funds and accounts under management by BlackRock.

GreyOrange will deploy the capital to accelerate its technology leadership, continue its global expansion and support the adoption of its unique fulfilment platform in warehouses, distribution centres and retail stores.

“This growth financing enables us to rapidly deliver our premium solution to meet the expansion demand from existing customers, rapidly onboard our high volume of new customers, reach new partners and accelerate our unique product roadmap with an expanded suite of software solutions and predictive analytics,” said Samay Kohli, cofounder and CEO of GreyOrange.

The company will also use a portion of the debt financing provided by funds and accounts under management by BlackRock to invest in scaling its headcount in some key areas, creating 300 jobs across the customer success, sales, marketing, product and engineering teams.

The latest development at GreyOrange follows last year’s report that the company was evaluating a U.S. listing to raise $500 Mn-$600 Mn. At that time, it was reported that the initial public offering (IPO) could value the robotics company at $1.5 Bn-$1.7 Bn.

GreyOrange joins the list of several other Indian companies such as Grofers (now Blinkit), Flipkart, Dream11 and Pine Labs that had been planning to list in the U.S.

As per reports, the company was already in its early stage of discussions with investment banks such as JP Morgan, Bank of America, and Morgan Stanley for its listing. At that time the company was aiming to file an IPO by the end of 2021 or early this year.

However, GreyOrange going back to raise additional capital could be a result of its delaying IPO.

“Demand for the GreyOrange omnichannel fulfillment platform continued to increase consistent with our high expectations as retailers come to terms with the immediate necessity of robotic automation in fulfillment,” said Ajay Royan, managing general partner at Mithril Capital.

GreyOrange’s latest funding round comes four years after the firm raised a $140 Mn Series C funding led by Mithril Capital, with the participation of Flipkart cofounder Binny Bansal, VC firm Blume Ventures and more. The company had then planned to use the funds to set up its own manufacturing supply chain and invest in R&D.

Akash Gupta and Samay Kohli founded GreyOrange in 2011, which designs, manufactures, and deploys AI-based robotic systems that can automate routine tasks at warehouses and fulfilment centres of large ecommerce and retail firms. GreyOrange has manufacturing units in India, China, and the U.S., with R&D units in different countries including India.

The company has been handling warehousing for Indian companies such as Flipkart, Myntra, PepperFry, Mahindra Tractors, and more, while it has also collaborated with Walmart Canada recently.

GreyOrange has grown across new customers, applications and geographies while achieving over 170% gross retention in contracted revenue from existing customers in 2021, claimed the company.

In India’s broader software-driven fleet management space, GreyOrange competes with startups such as BlackBuck and Fleetx.io, although these companies provide different offerings and work under different business models.

Likewise, in December last year, supply-chain robotics startup Unbox Robotics, which specialises in robotics-based fulfilment and distribution technology for ecommerce, retail and logistics enterprises raised $7 Mn in a Series A funding round led by 3one4 Capital with participation from Sixth Sense Ventures and Redstart Labs.

In another example, AI-based robotics startup Haber raised $20 Mn in a Series B funding round led by Ascent Capital in November last year.